Ezenwoko’s Blog looks at the top happenings making headlines on the front pages of newspapers in the United Kingdom today Saturday, 16 October 2021. 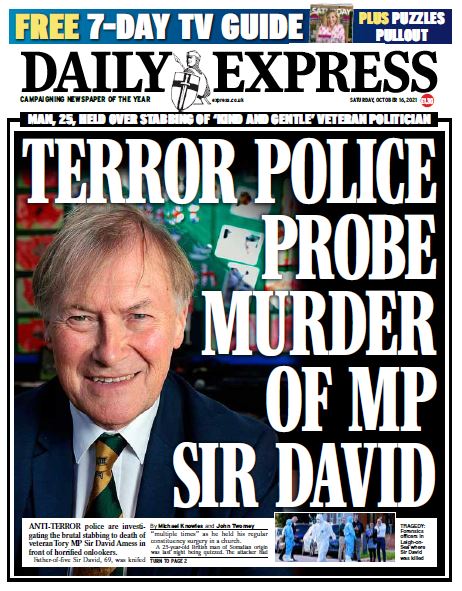 The Guardian leads with the brutal and barbaric stabbing of MP Sir David Amess by a 25-year-old man, believed to be a Briton with Somali heritage. 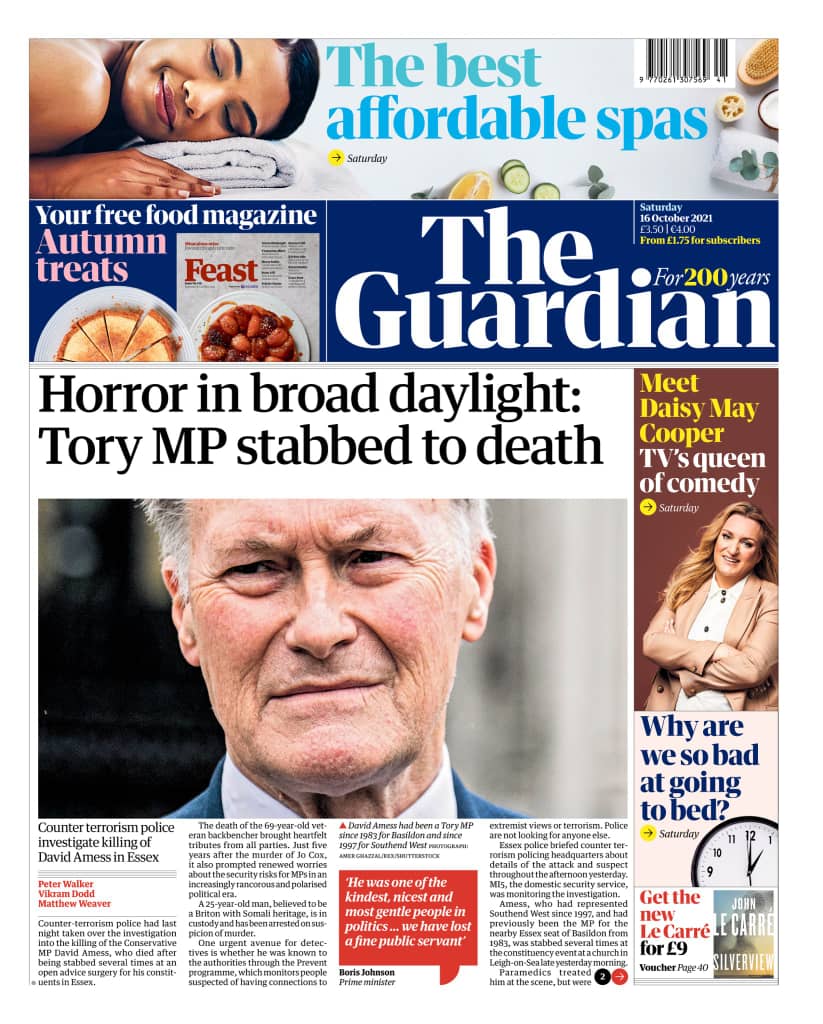 i weekend still talks about MP Sir David Amess killed while doing a surgery for his constituents. 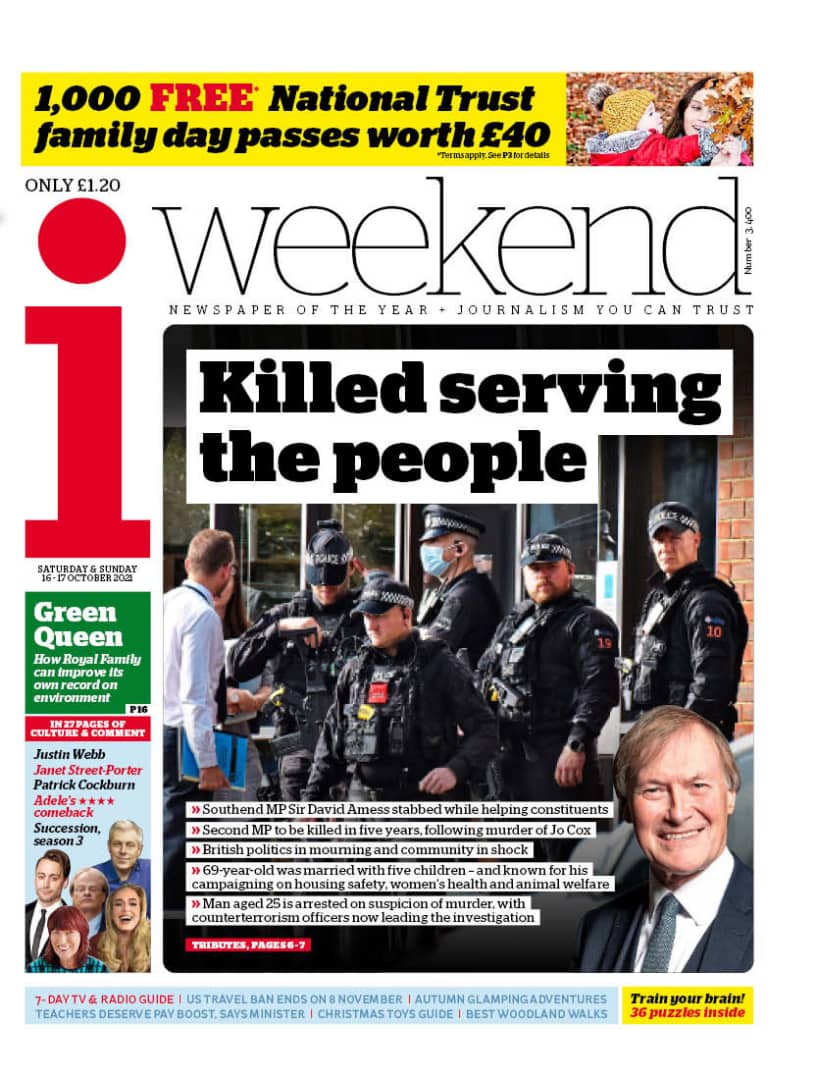 According to Daily Mirror, tributes continue to pour in for MP Sir David Amess who was fatally stabbed during a constituency surgery on Friday. 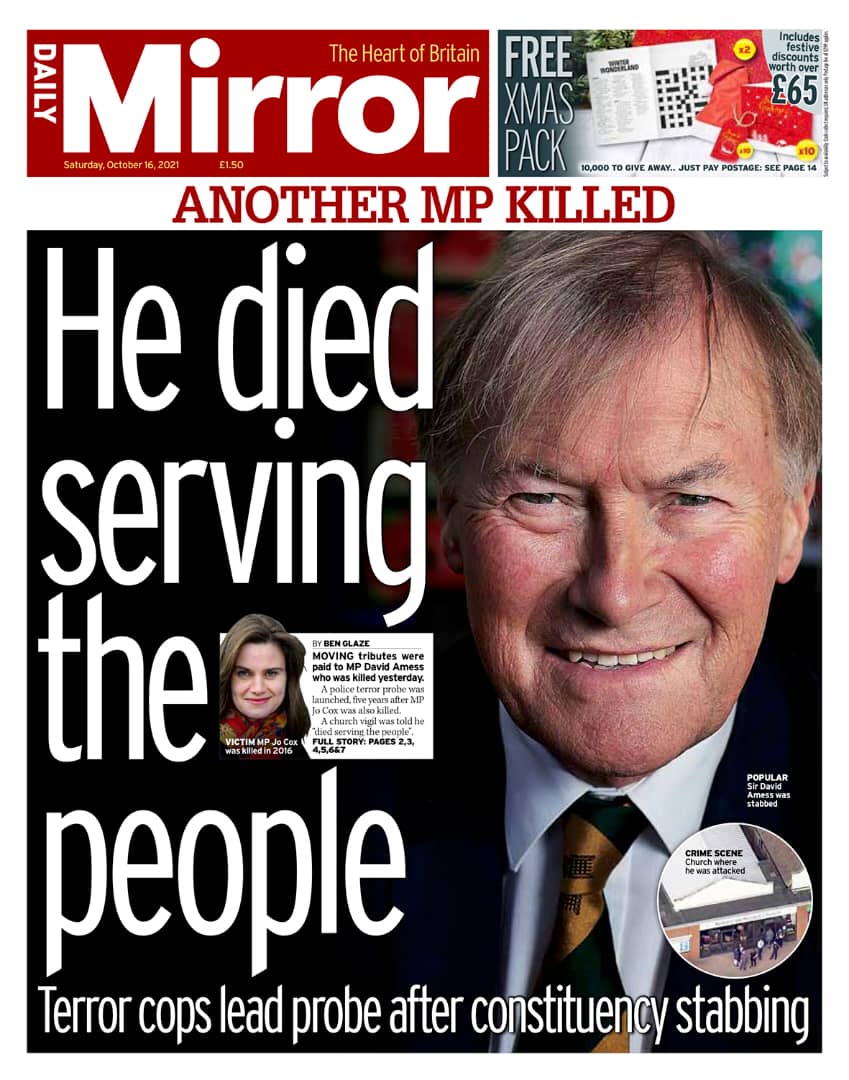 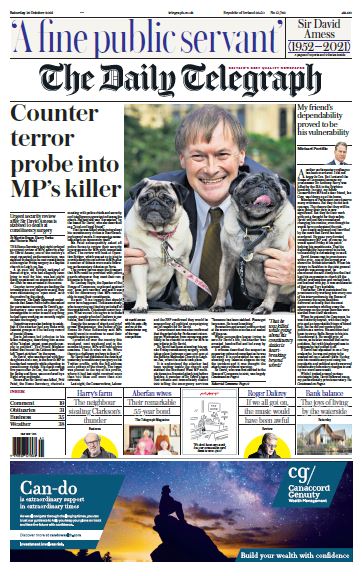 According to The Times, investigations has commenced into the senseless multiple stabbing of MP Sir David Amess at a meeting with constituents. 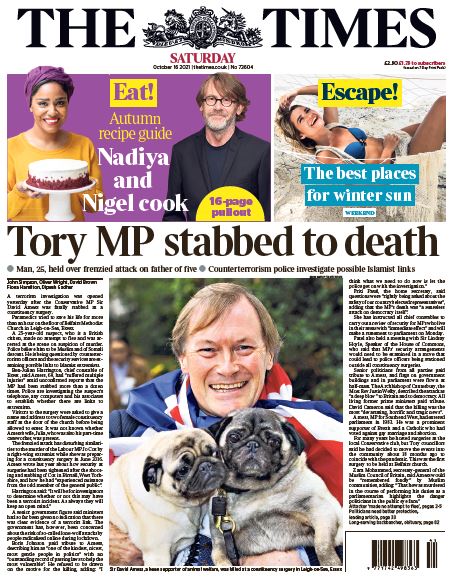 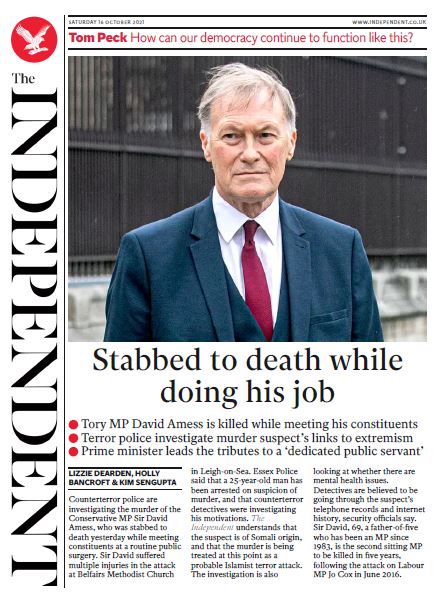 MP Sir David Amess was stabbed just weeks after he attended the wedding of one of his four daughters, The Daily Mail says 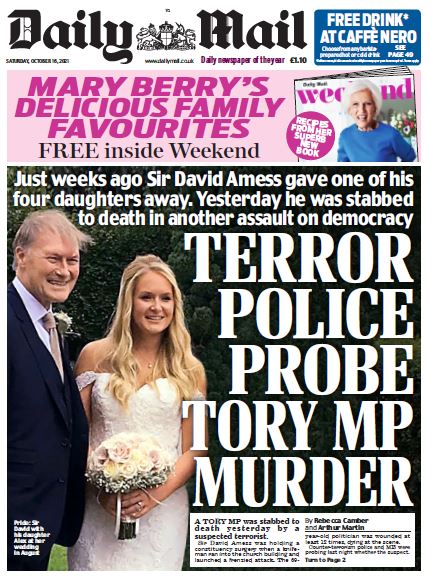 Thank you for reading, that all for today, see you again tomorrow for a review of UK newspapers