President Buhari Has Done A Lot For South-East – Oduah

The lawmaker representing Anambra North Senatorial District in the National Assembly gave the commendation at an event at the All Progressives Congress (APC) secretariat, Awka, the Anambra capital.

Ezenwoko’s Blog reports that the lawmaker recently dumped the Peoples Democratic Party (PDP) for the All Progressive Congress (APC) and was welcomed to the party by the APC Caretaker Chairman, Mai Mala Buni and the Governor of Imo State, Hope Uzodinma. 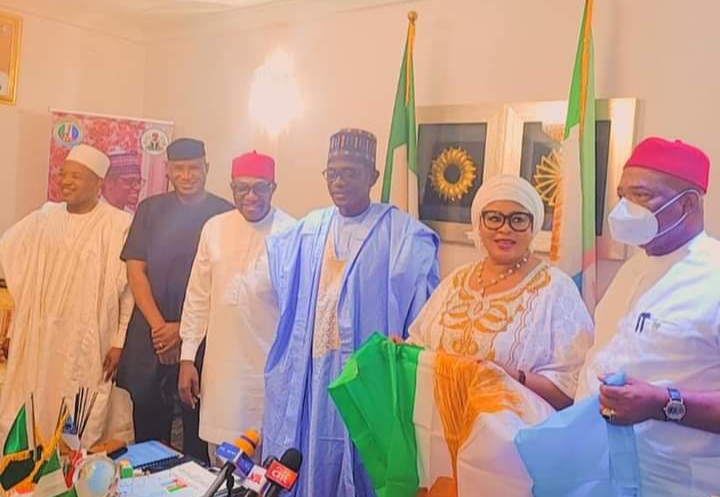 According to the former Minister of Aviation, Buhari has brought the dividend of democracy to the South-East, adding that only ungrateful people will say that the President has not done anything for the region.

Oduah stated that the Buhari government has executed many projects in the South-East, saying the developments are there for anyone to see.

“It will amount to a self-deceit for anyone to say that President Muhammadu Buhari, and, APC does not mean well for the South East region,” she said.

Speaking on the reason she joined APC, Oduah said her defection to the ruling party was to enable her to get more projects to her constituents.

Oduah added that her defection to the APC would engender aggressive development in her senatorial zone and the state as a whole.

The Senator stated that while she was in the PDP, her constituents did not enjoy the dividend of democracy and could not do more for them.

She, however, pledged to work for the victory of APC and its governorship candidate, Andy Uba, in the forthcoming November 6 state gubernatorial election.