A video dug up by Nigerians has shown Maria calling Pere her fellow ex-housemate, Kelvin.

Ezenwoko’s Blog recalls that Cubana Chief Priest had called out Maria for threatening his sister.

He alleged that Maria was making his sister’s life miserable and had taken to wearing his brother-in-law, Kelvin’s wristwatch and driving his car, while also berating his in-law for allowing Maria to go to such extent.

He warned that he would not take things lightly with Maria if his sister came to any harm.

In response to this, some Nigerians have taken up their detective instinct and have dug up a video of Maria calling her co-housemate Pere, by her alleged lover’s name.

In the video which happened while they were in the Big Brother House, Maria wanted to ask Pere to check if a meal they were preparing was ready and mistakenly called him Kelvin.

Watch the video below. 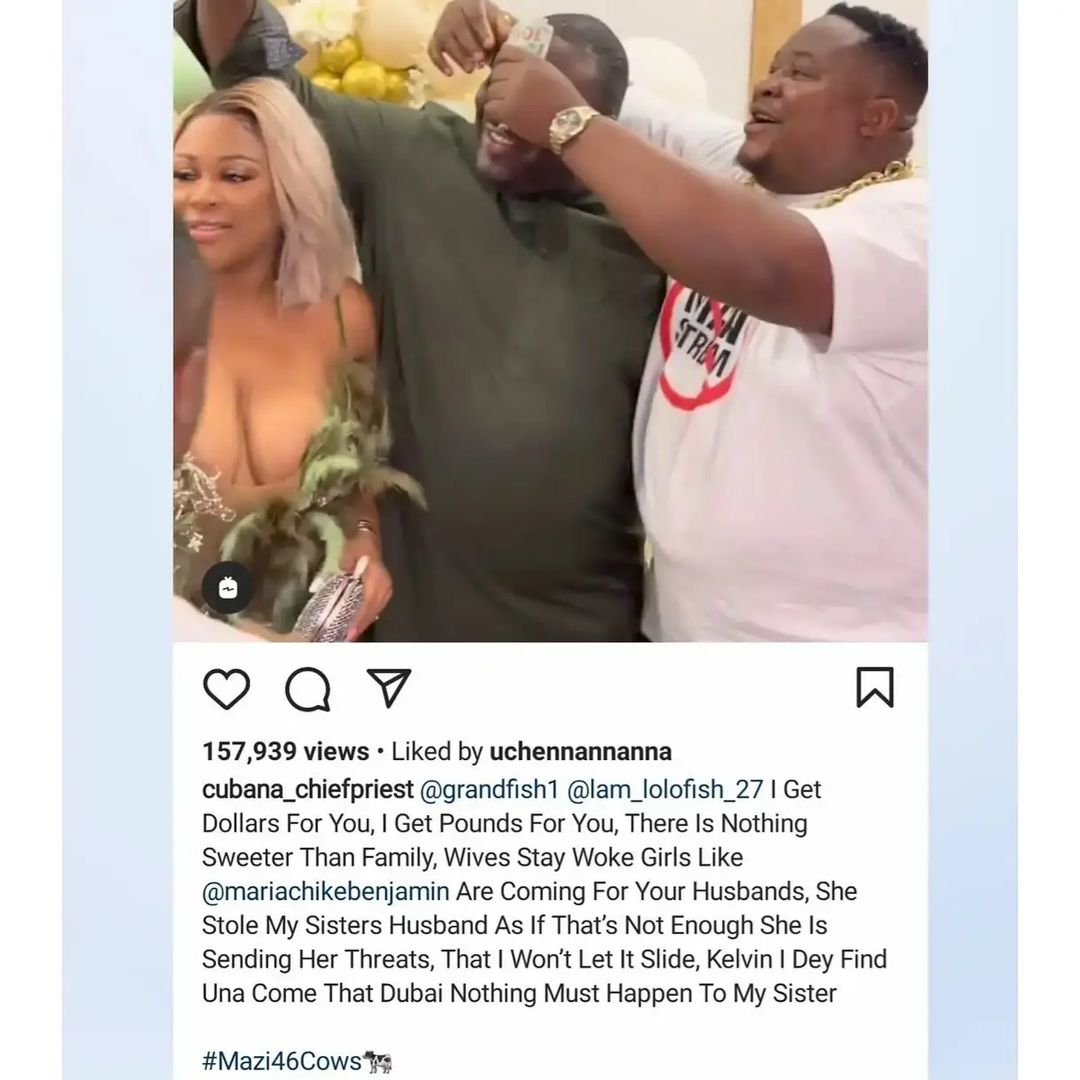 In other news, popular Nigerian dancer Janemena has hailed her in-laws and husband for staying strong with her after returning back to Instagram.

Recall that Ezenwoko’s Blog earlier reported that the dancer sued Nollywood actress Tonto Dikeh for character defamation and cyberbullying and had asked for a compensation of N500m with a retraction of her statement and its publication in four Nigerian dailies.

However, Tonto had called her bluff while insisting that there was a sex tape.

The scandal took a new turn when a popular blogger released an audio conversation between actress Merit Gold and Prince Kpokpogri. In the leaked audio Kpokpogri admitted to having carnal knowledge of the dancer.

After the audio leaked Janemena refused to comment on it, she instead took a short break off the gram. Read more