Nnamdi Kanu trial: NBA, Ohanaeze, others slammed FG over DSS refusal to allow lawyers, journalists into the court for the IPOB leader’s trial. The PUNCH reports. 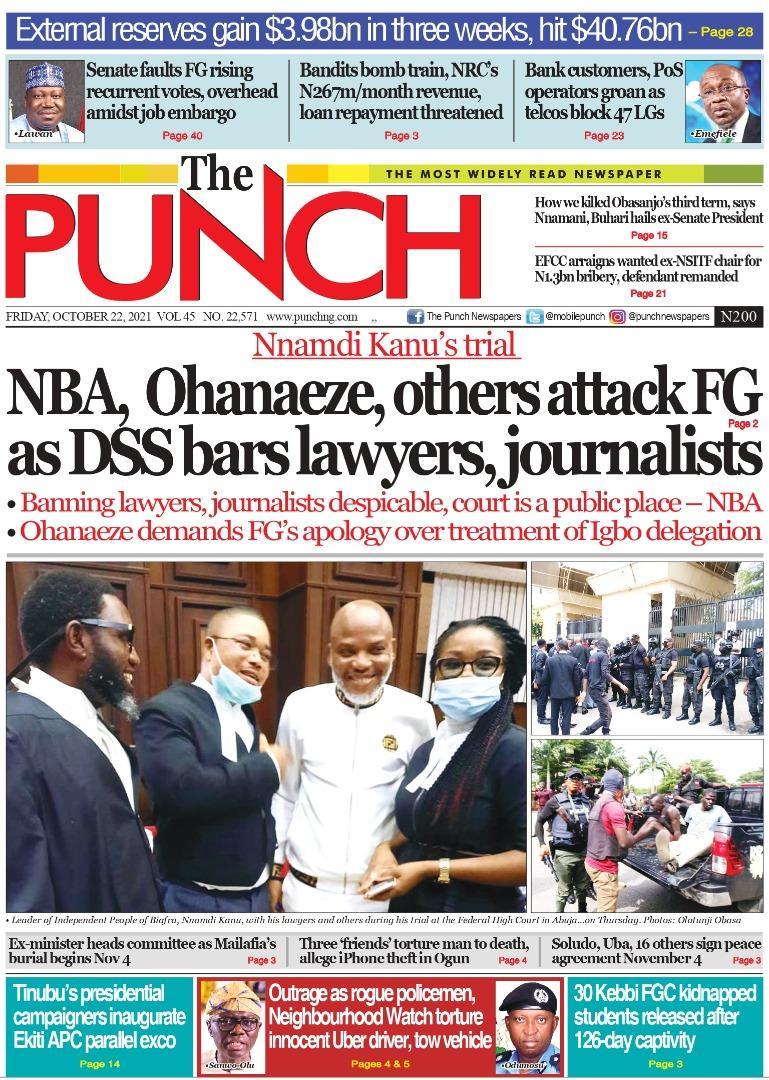 According to The Guardian, despite being on lockdown, the Southeast was in jubilant mood over the appearance of Nnamdi Kanu in court. 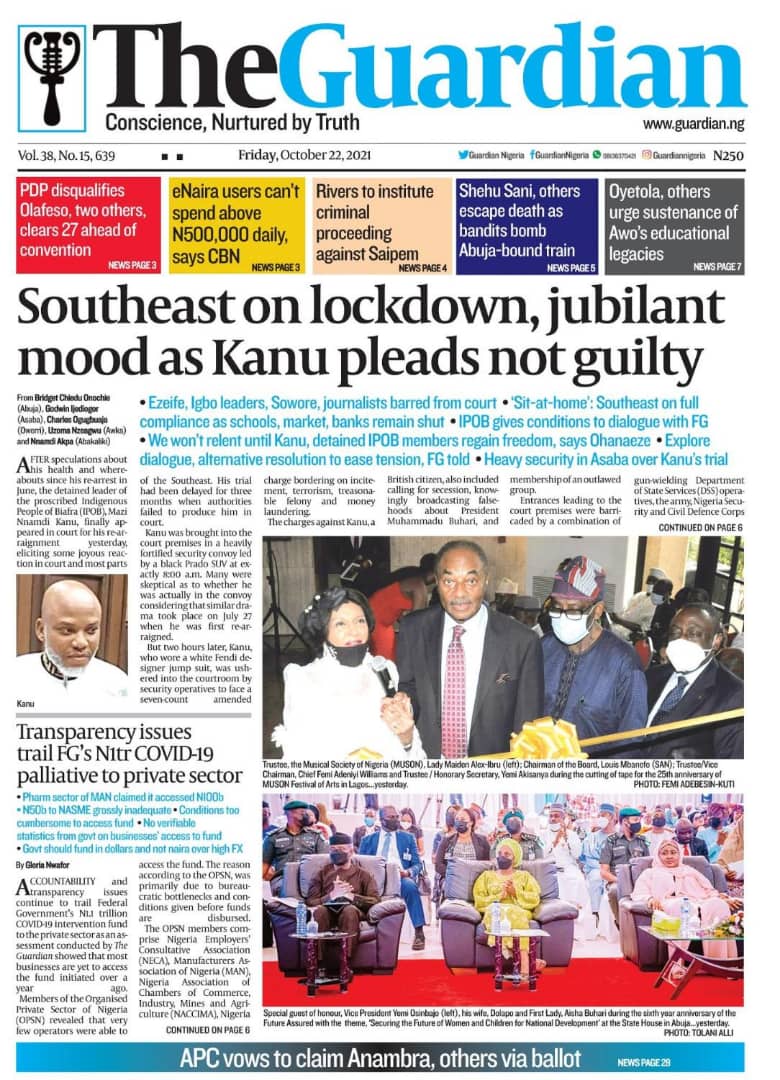 An alleged terrorists attack on Abuja-Kaduna rail track disrupted train operations, according to The Nation. 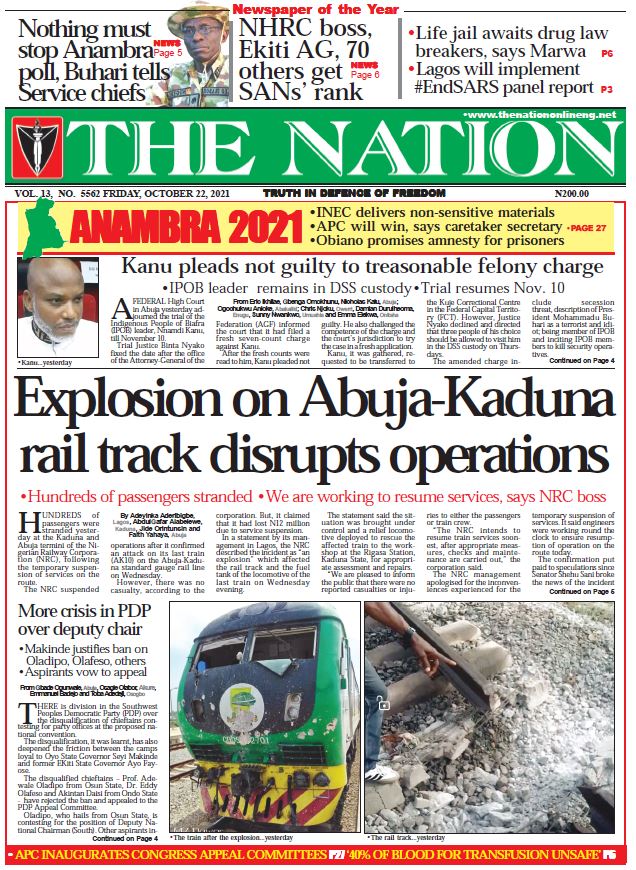 IPOB’s Nnamdi Kanu pleaded ‘not guilty’ to charges against him, insisting he can’t be tried by a Nigerian court, Daily Sun reports. 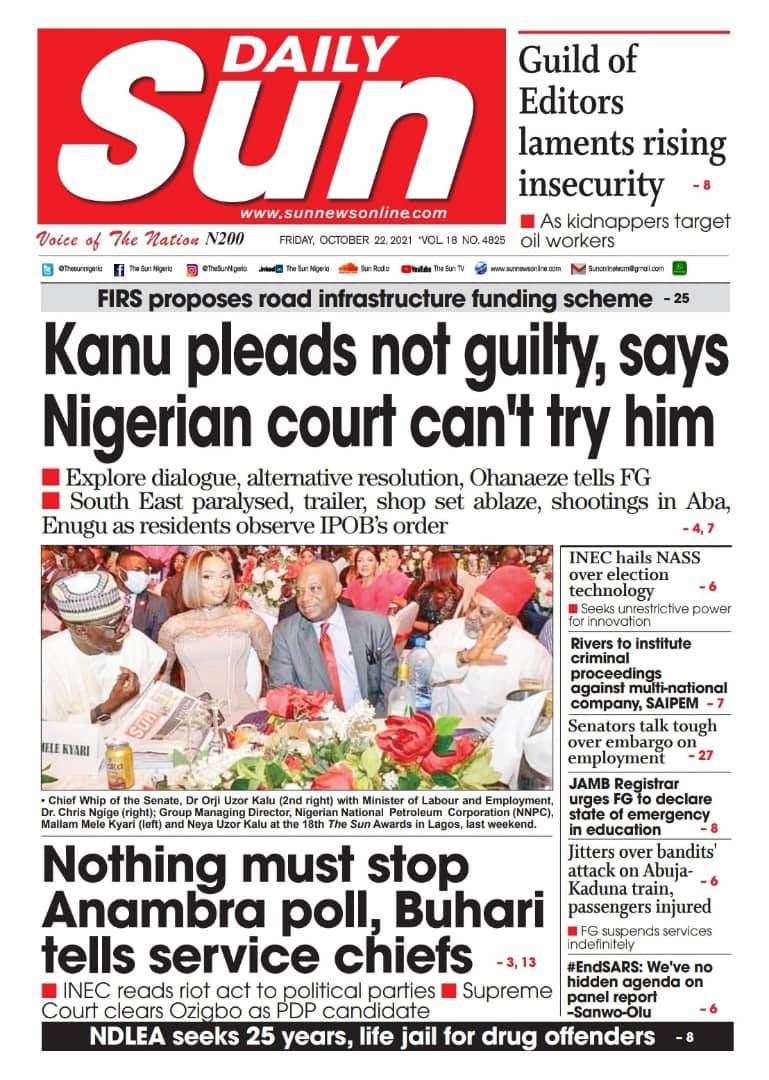 According to Daily Independent, travellers arriving Nigeria from the UK at the Murtala International Airport protested demand by officials of the NCDC that they pay N51,950 in to a private account for COVID-19 PCR test. 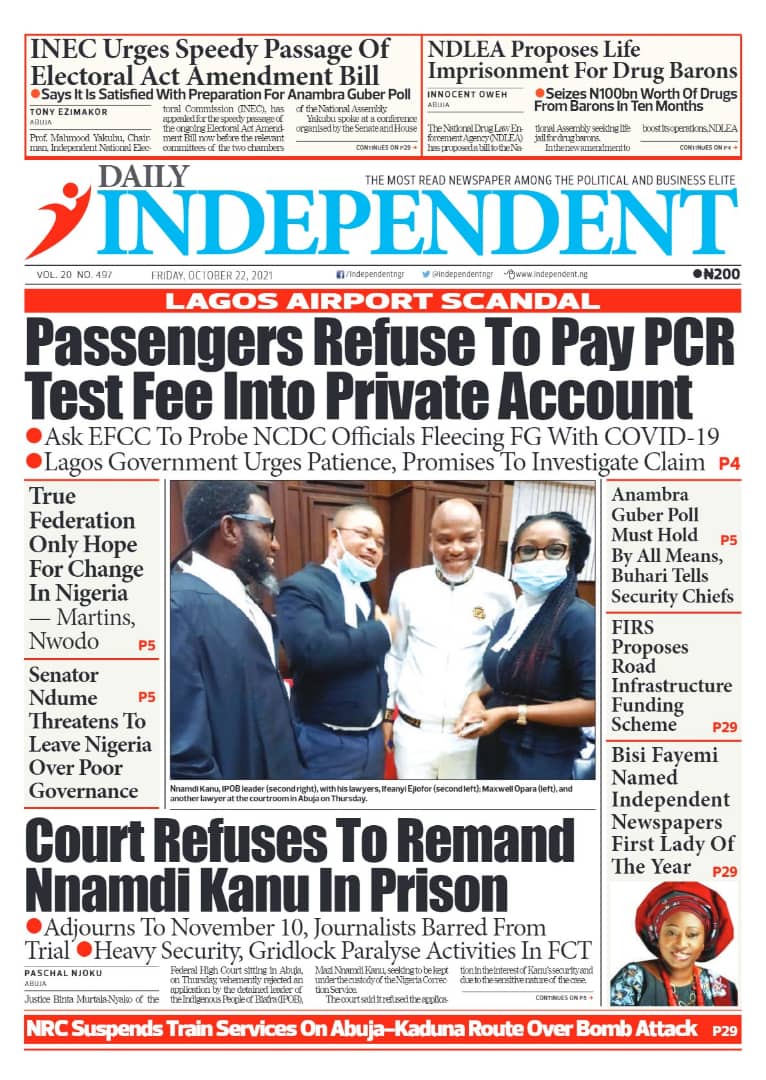 Nigerian Tribune leads with the controversy that greeted the suspension of train operations from Abuja to Kaduna over suspected terrorists attack. 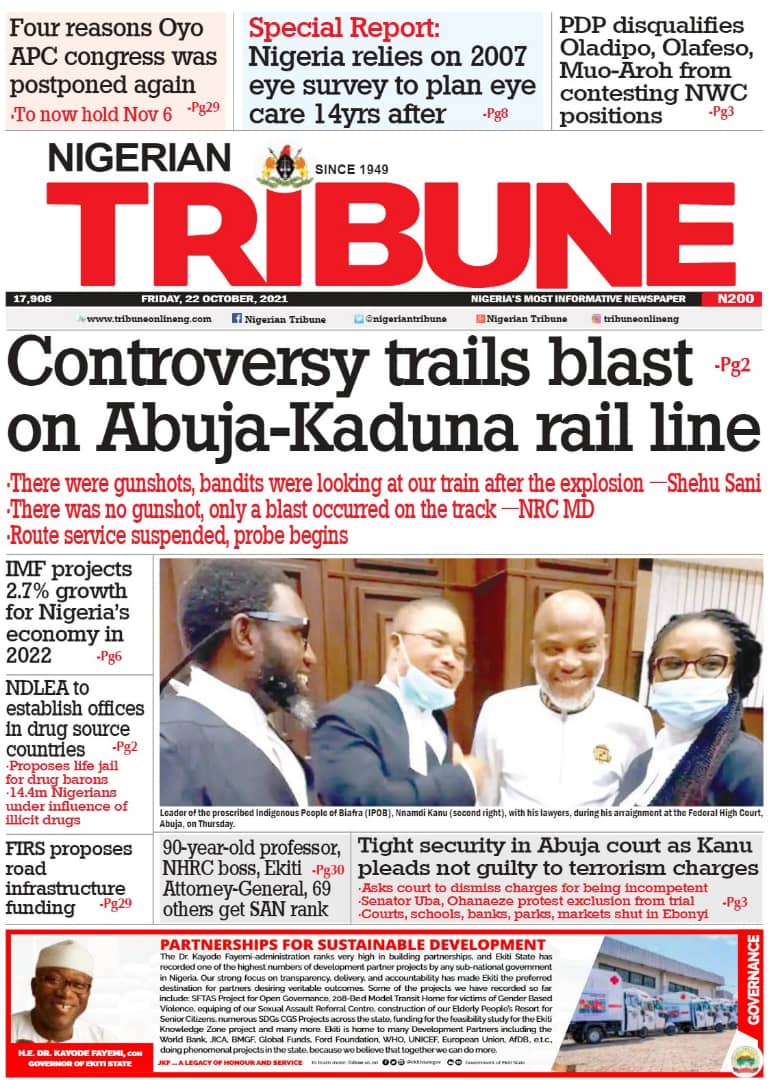 Terrorists loyal to Islamic State West Africa (ISWAP) and Ansaru were responsible for the destruction of the Abuja-Kaduna rail track, Daily Trust reveals. 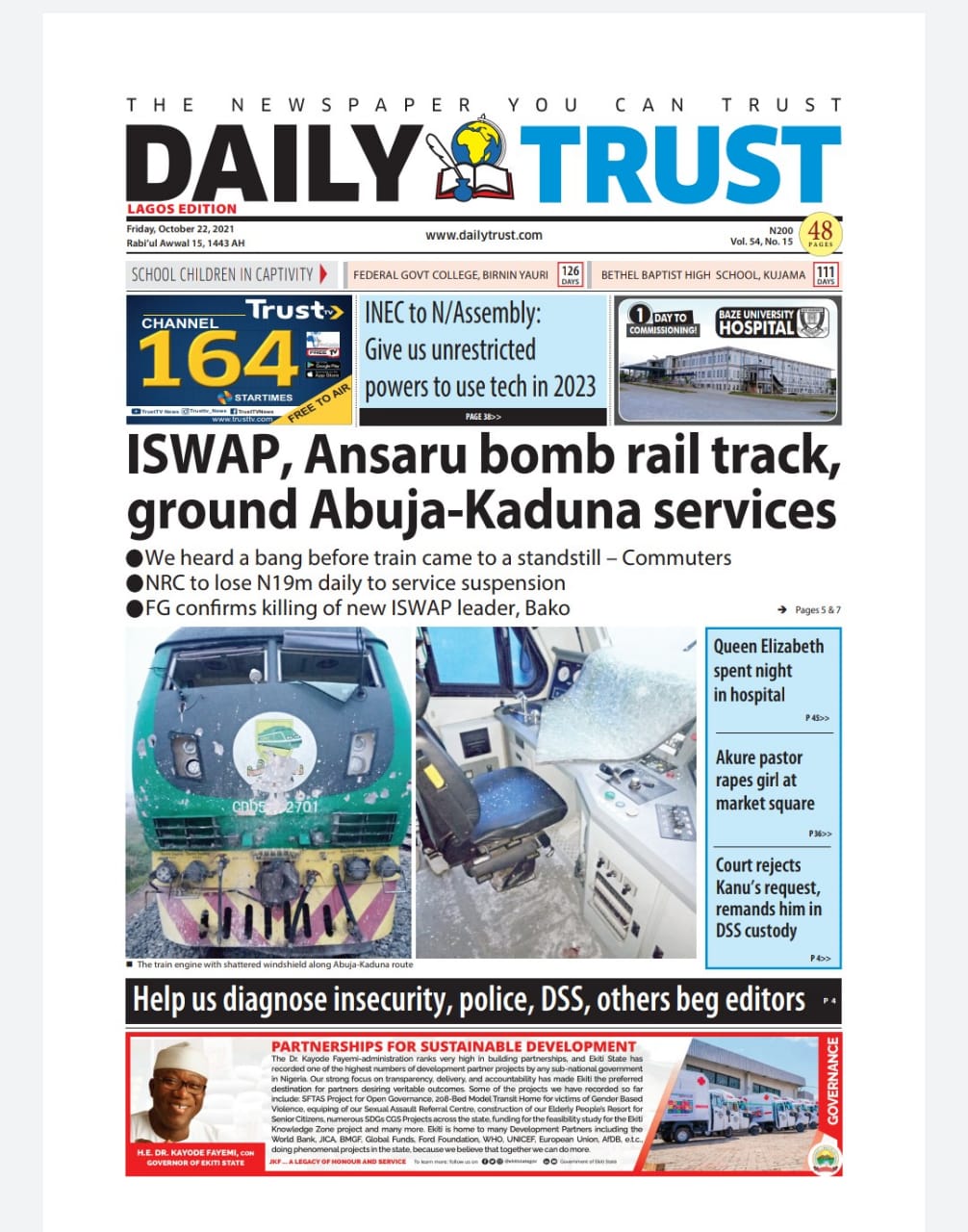 Buhari has ordered service chiefs to make sure nothing stops the Anambra Governorship election holding on November 6th, The Daily Times reports. 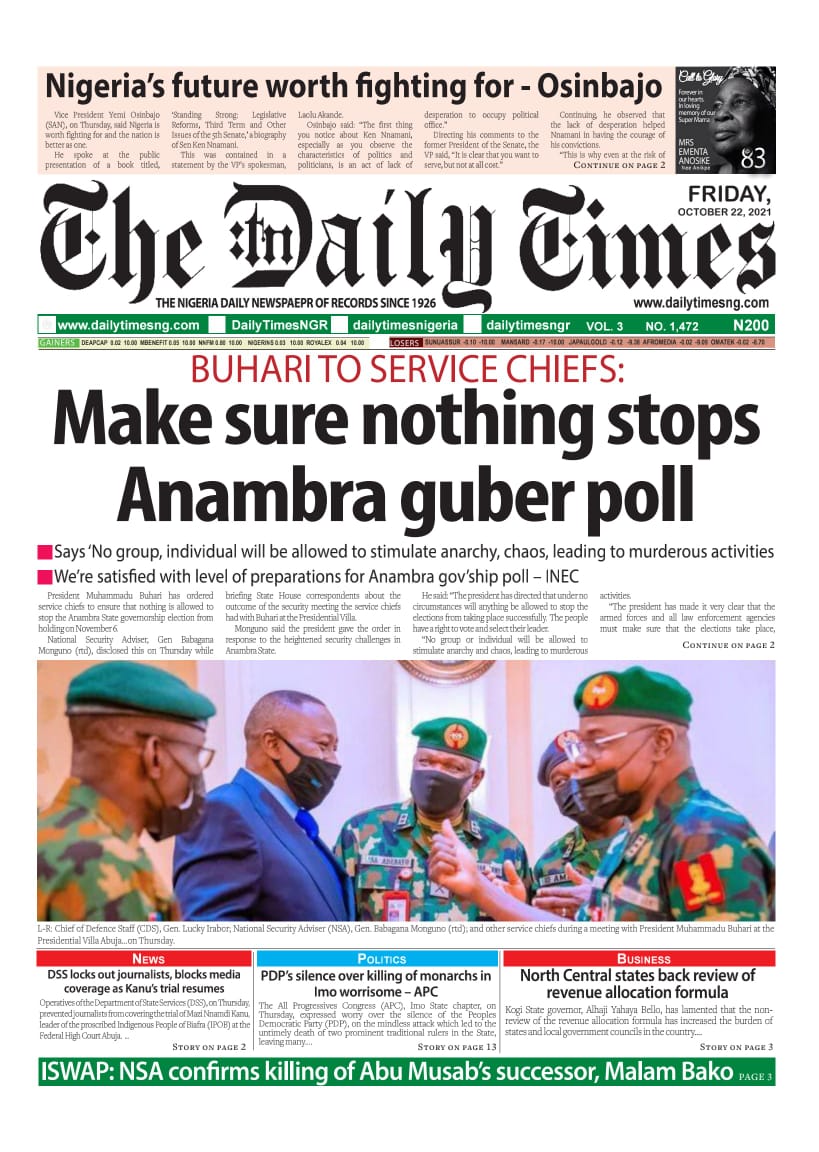 NNPC GMD has told Editors that the Port Harcourt refinery will be fixed before the end of the year, Blueprint reports. 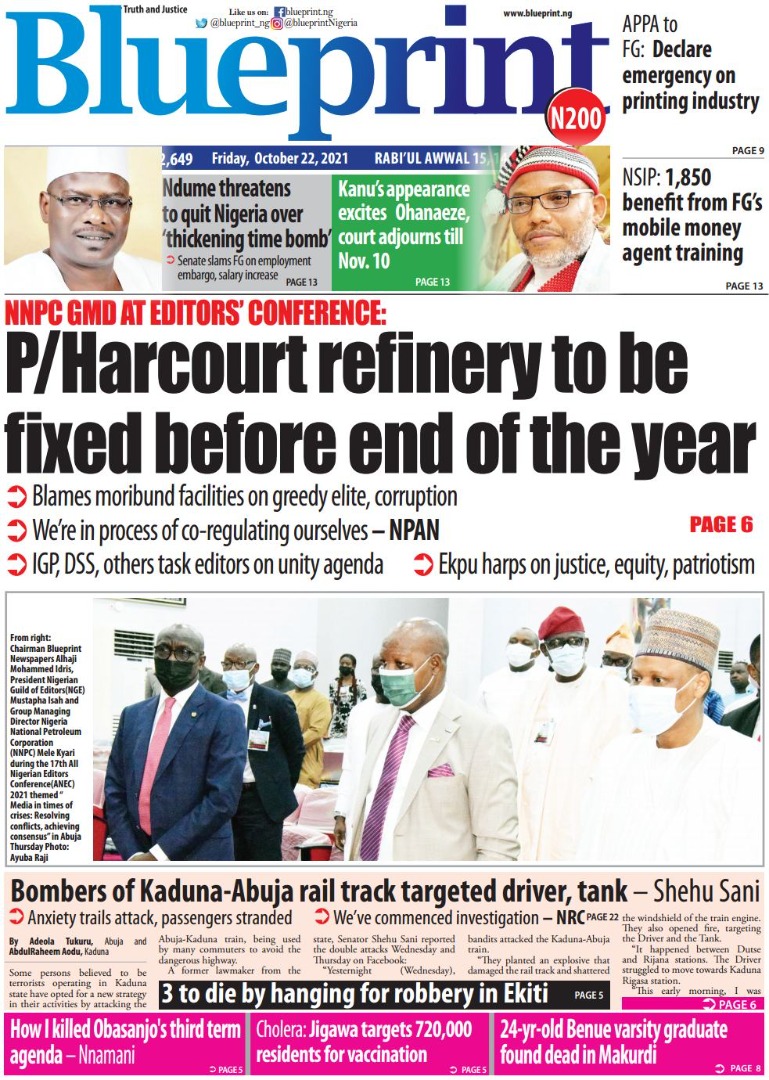 According to the DG Blood Commission, Nigerians are in danger as hospitals administer expired blood to patients. Nigerian News Direct reports. 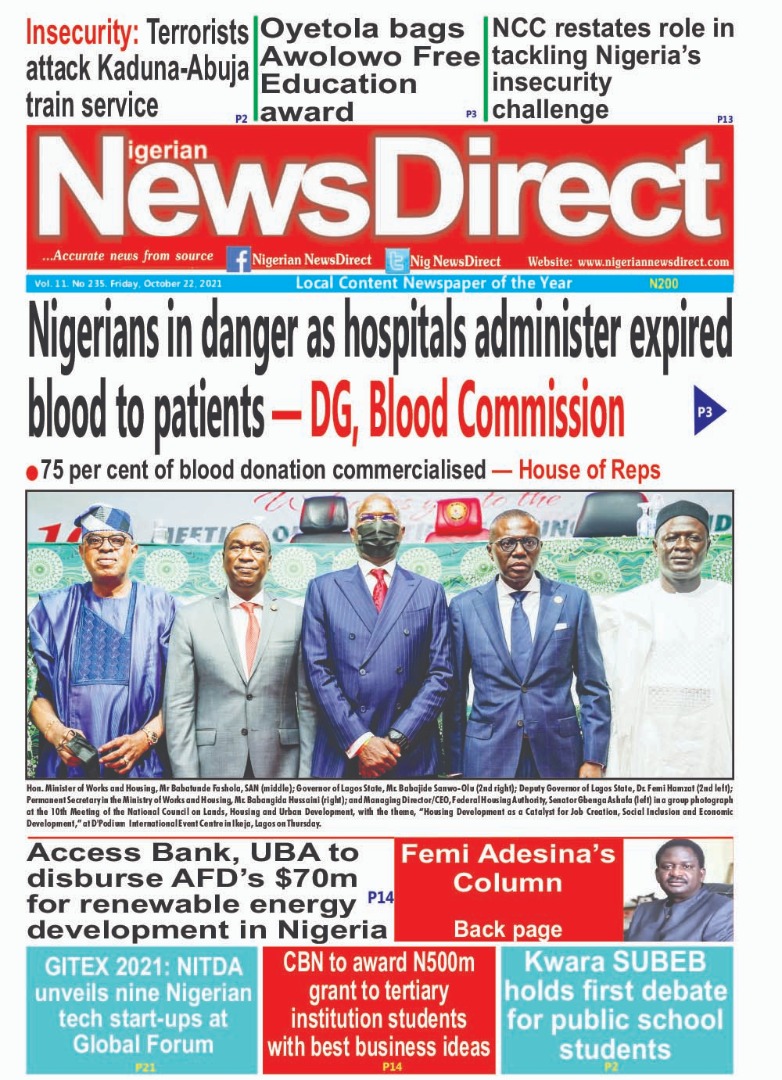