Ezenwoko’s Blog understands that the former lovebirds who went their separate ways months back, put their differences asides to shower love and prayer on their young son who turned two today.

Sharing photos of his son on his Instagram page, the father of four prayed that his son, Ifeanyi, would grow to be greater than him and make him proud.

His post reads: ”Happy 2nd Birthday to my loving Son David Ifeanyichukwu Adedeji Adeleke !!! You will grow to be greater than me Amen ! You will grow to make all of us proud!!! Stubborn!! DADDY LOVES YOU SO MUCH OSUN BOY.”

While his mother, Chioma via her Instagram shared the bond she has with her son.

Chioma stated that she would not share it for anything in the world, describing him as sweet and gentle.

She wrote: “Happy birthday to the perfect little man! I love you so much, watching you grow soothes my soul! To my loving, funny, attentive, caring son, I pray that God watches over you forever and grants you long life, you’re gonna be so great I know! Our bond is beautiful and I wouldn’t trade it for anything in this world. Happy 2nd birthday Papa! Mummy loves you so so much. You’re blessed!” 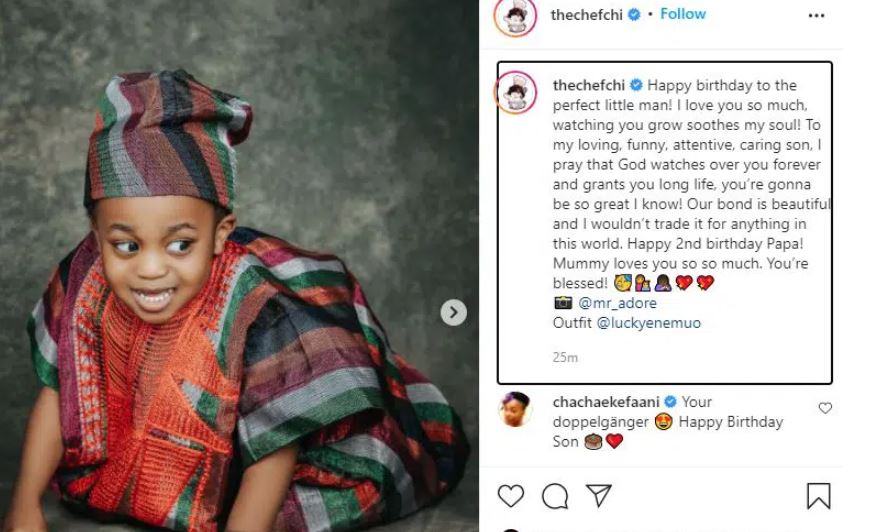 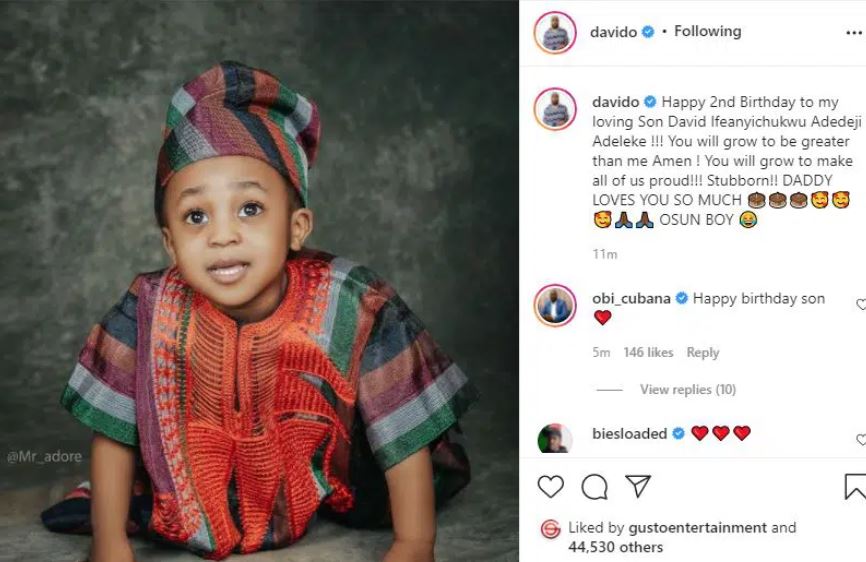