The ex-lover of Nollywood actress, Tonto Dikeh, Prince Kpokpogri has deleted an apology he wrote to the husband and family of a popular Instagram dancer, Janemena.

This is coming after an audio emerged online where a man who goes by the name Prince disclosed that he had sex with a certain Jane who is married.

The man believed to be Kpokpogri who spoke in pidgin English disclosed that he and Jane have had ”dirty sex”, adding that Jane informed him that the sex they’ve had she has not experienced with her husband in the nine years they’ve been together.

Kpokpogri in a post shared on his Instagram account on September 27 had apologised to the husband of Janemena, Andre and her family for being dragged into the clash with his ex-lover.

He noted that he has been friends with Andre for three years and hope things will remain the same after this issue has been surpassed.

Kpokpogri in the now-deleted post also apologized to the parents of the dancer whom he described as his, adding that Janemena does not like social media drama.

Recall that Tonto Dikeh in a post had claimed that Kpokpogri has the old and recent sex tapes of Janemena in his possession.

See the screenshot of the apology below: 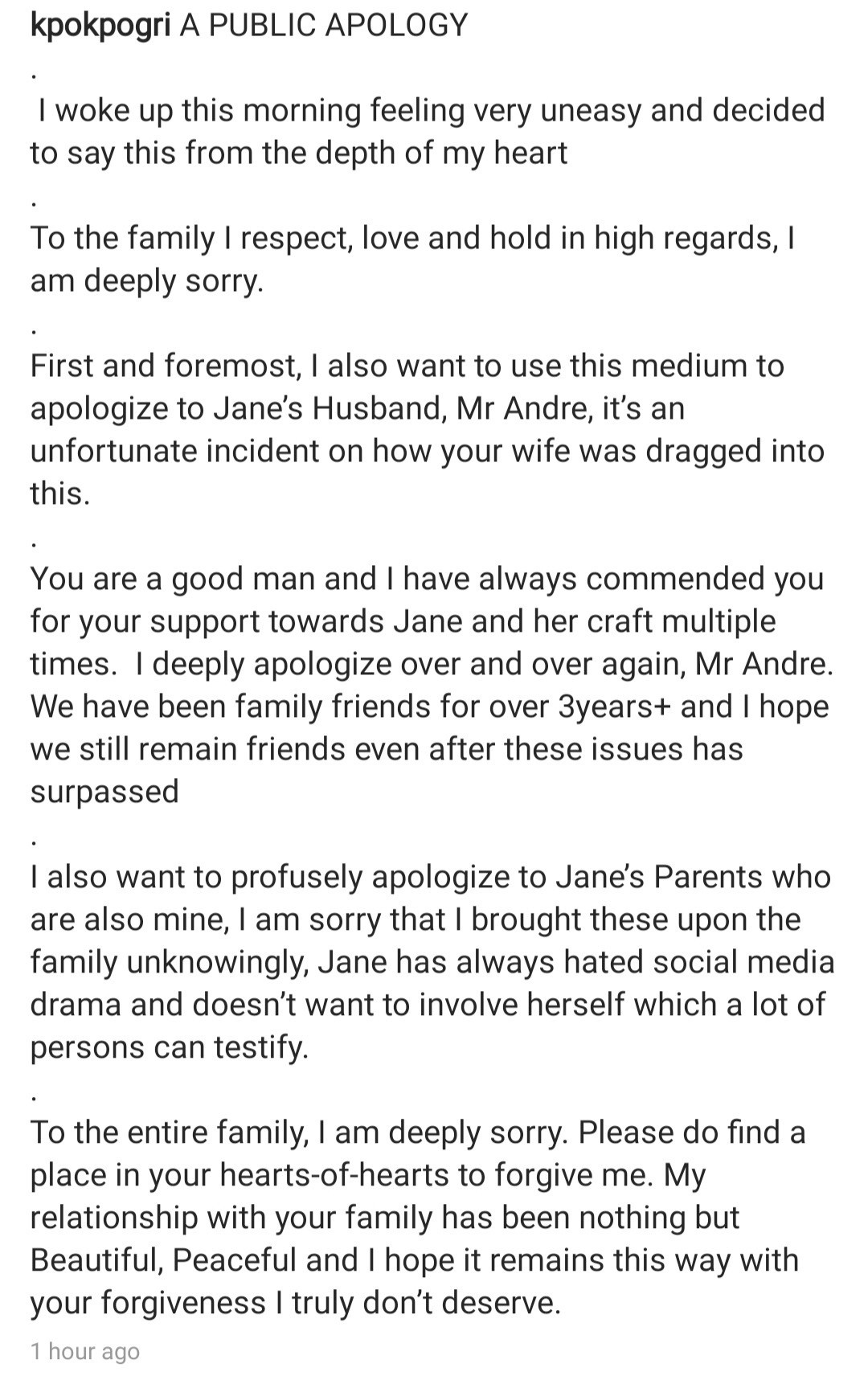