The Chairman of the All Progressives Congress caretaker committee, Mai Mala Buni, has paid a visit to the national leader of the party, Bola Tinubu at his Ikoyi residence in Lagos.

The Governor of Yobe State visited the former Governor of Lagos State alongside other members of the party’s caretaker committee.

Tinubu who recently returned to the country after a medical vacation in London has been receiving visitors from members of his party and of the Peoples Democratic Party.

There has been speculation that Tinubu has the intention to contest for presidency in the 2023 general election.

This is coming as governors in the Southern region called for power to be shifted to the region.

In a related development, the National Leader of the All Progressives Congress, Bola Tinubu, has been endorsed for the 2023 Presidency by the Kano state chapter of the party.

Ezenwoko’s Blog reports that the Speaker of the Kano State House of Assembly, Hamisu Chidari, gave the endorsement while speaking at the inauguration of the Tinubu Support Group and its state steering committees in Abuja on Saturday. 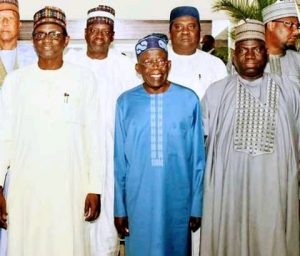 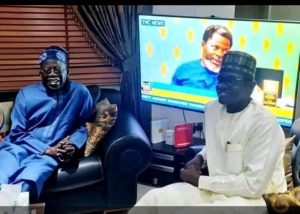