Ezenwoko’s Blog looks at the top happenings making headlines on the front pages of newspapers in the United Kingdom today Saturday, 23 October 2021.

Trade union leaders have warned that the UK government risks “another winter of chaos” if it does not implement COVID restrictions like mandatory mask-wearing in shops and on public transport, The Guardian reports. 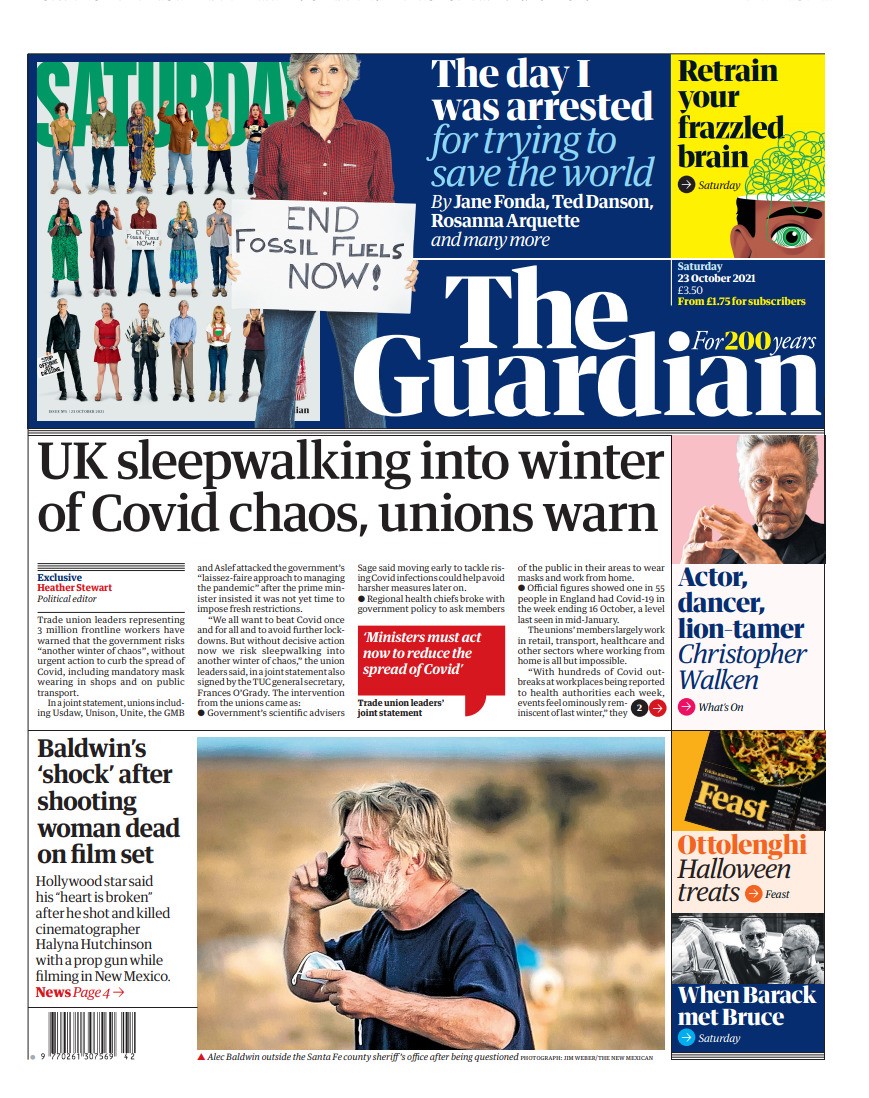 What Have I Done? The Sun leads with the shooting of two crew members on a movie set. 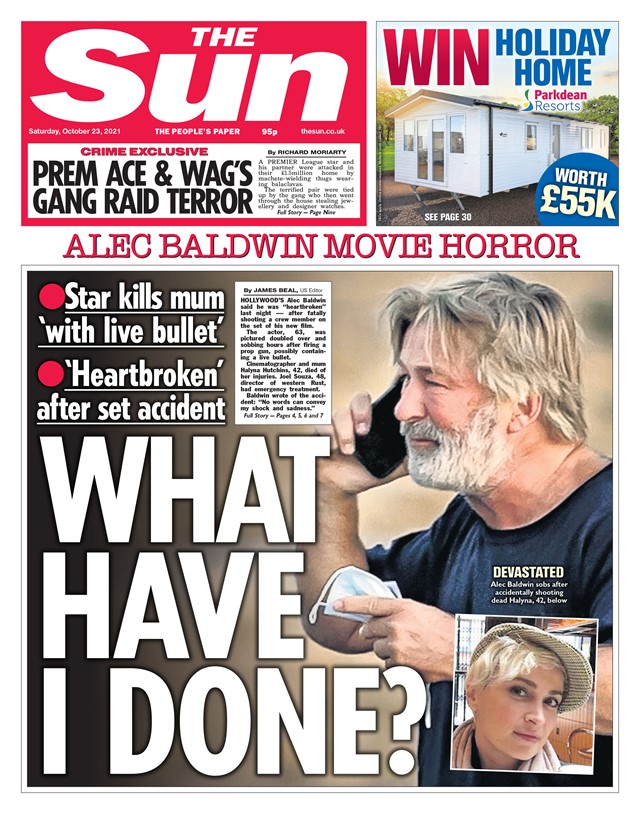 Rishi Sunak will pump £7bn into Britain’s transport network in a massive drive to share wealth across the country, according to Daily Express. 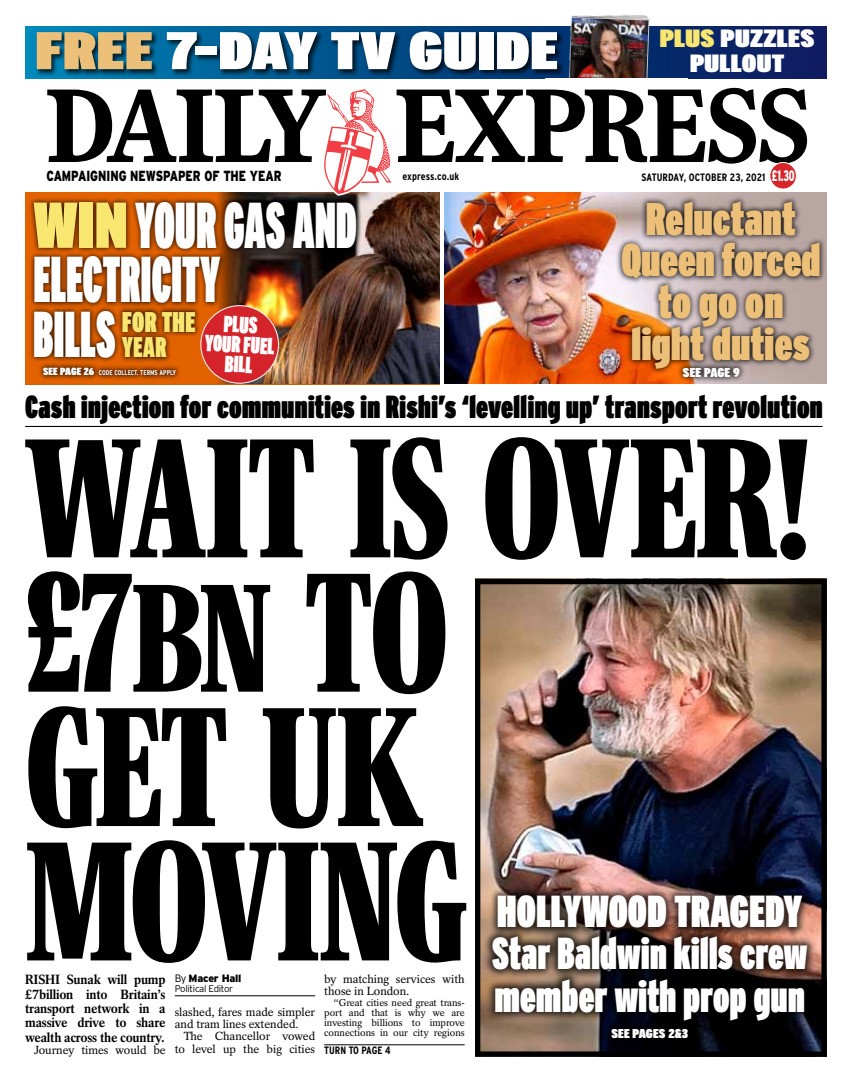 Daily Mail reports that Buckingham palace have been accused of misleading the nation over the state of the Queen’s health. 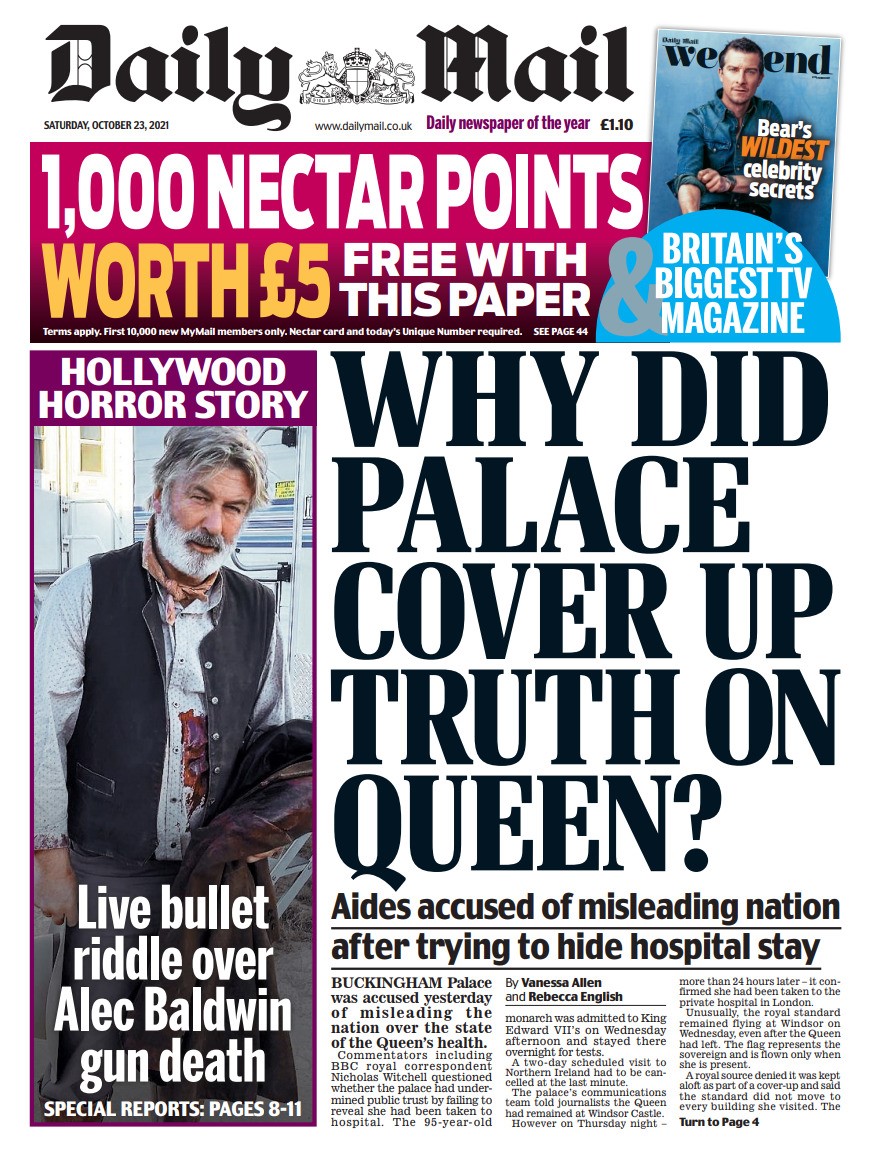 Why was I handed a hot gun? Alec Baldwin was distraught after a prop gun he fired on the set of his latest film killed one of the crew, Daily Mirror reports. 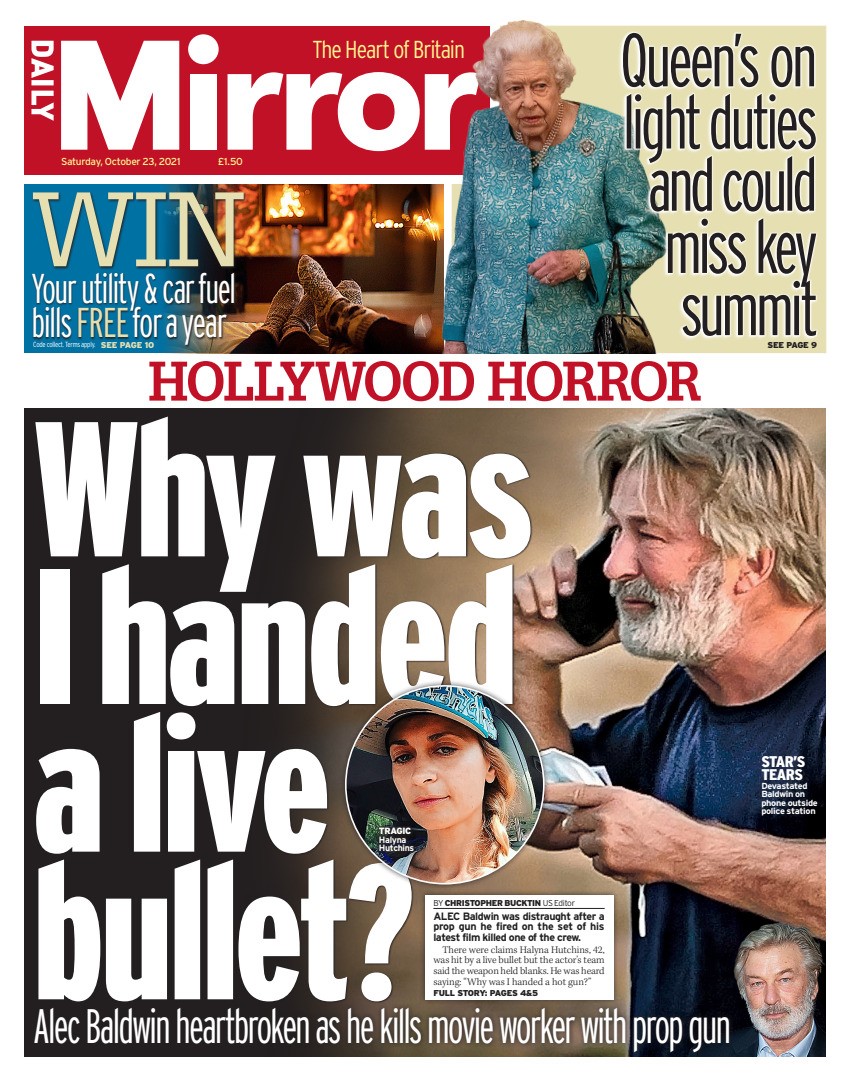 According to The Times, Rishi Sunak has stated that shops, pubs and others don’t need to shut down anymore as booster jabs will prevent fresh lockdown. 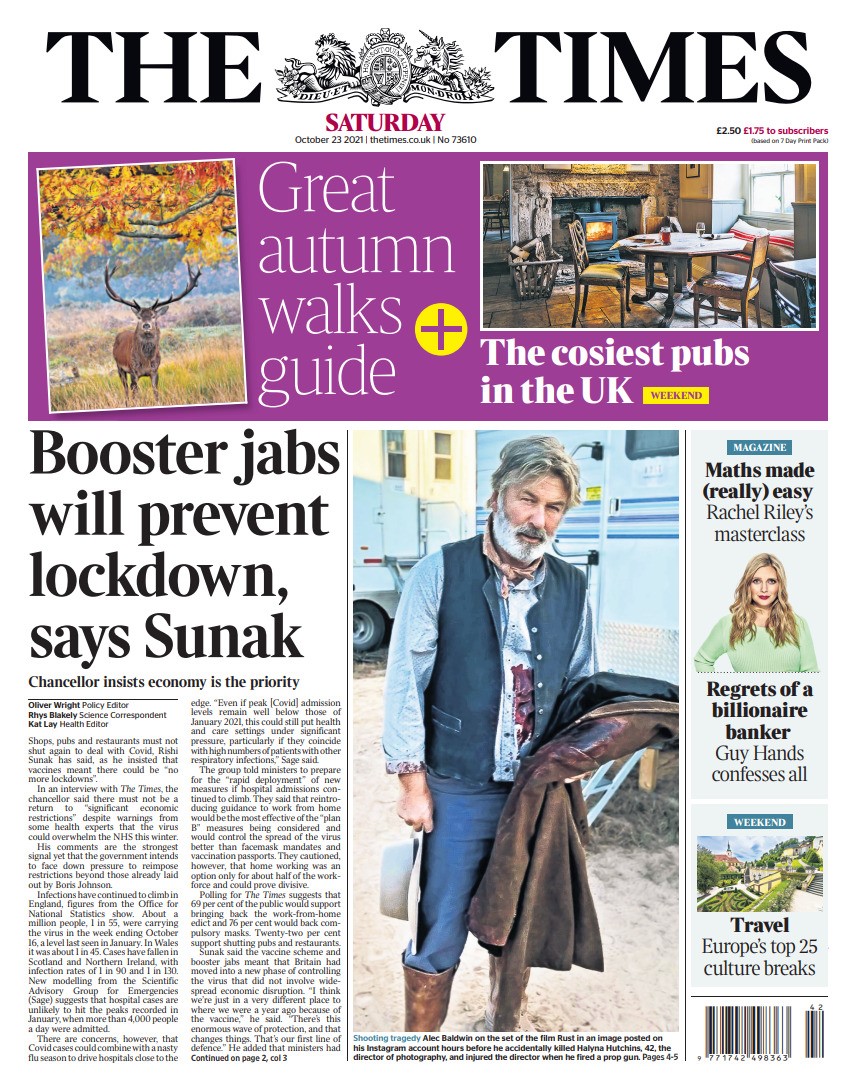 The Daily Telegraph interviews Foreign Secretary Liz Truss, who warns that Britain must not become “dependent” on China. 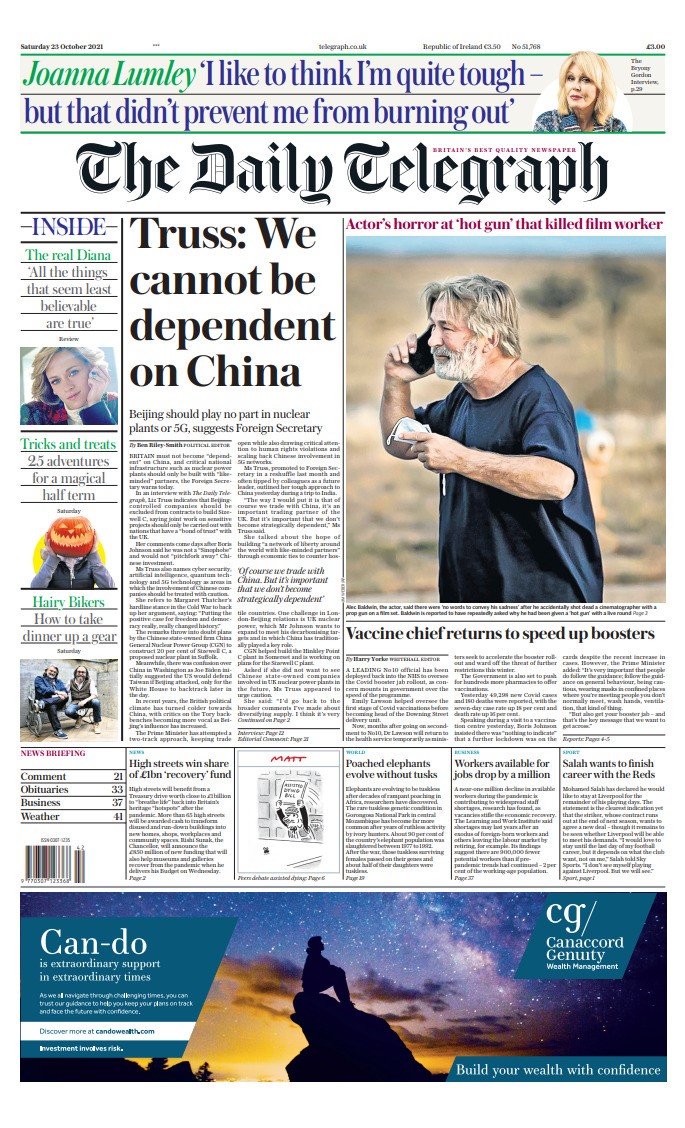