The Buhari-led FG has faced backlash from all quarters following the linking of Nnamdi Kanu and Sunday Igboho to terrorism, according to Saturday PUNCH. 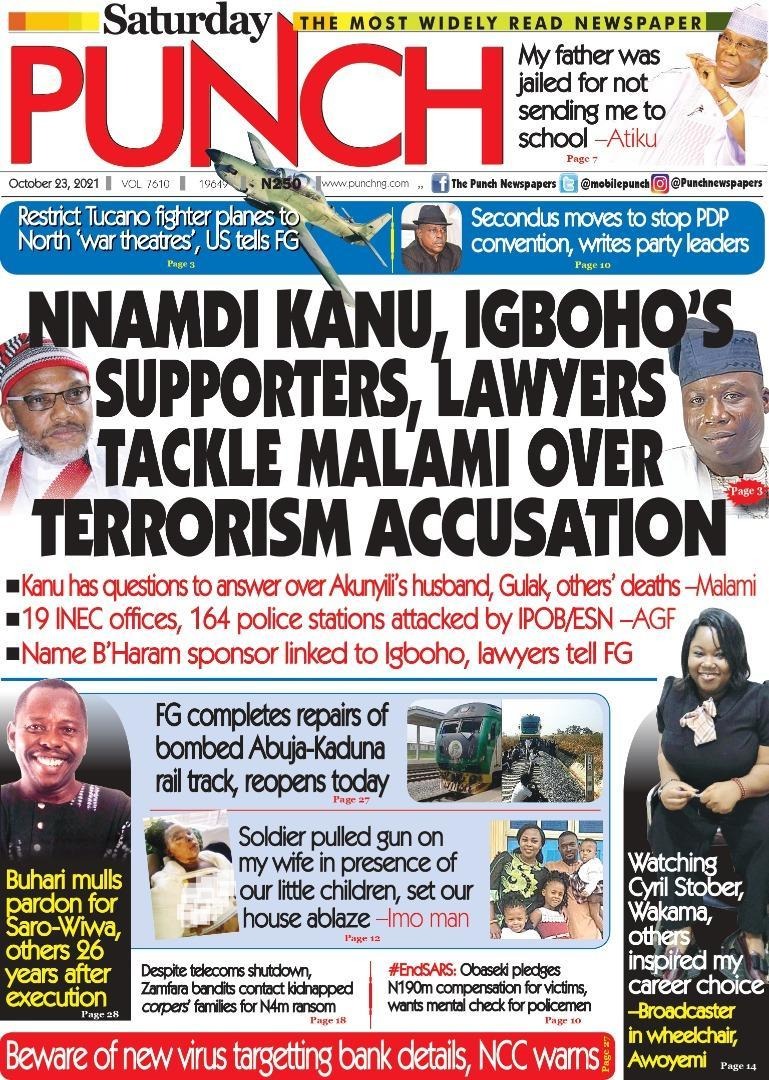 Afenifere and Ohanaeze has tackled Nigeria’s AGF Malami for linking Nnamdi Kanu and Sunday Igboho to terrorism, The Guardian reports. 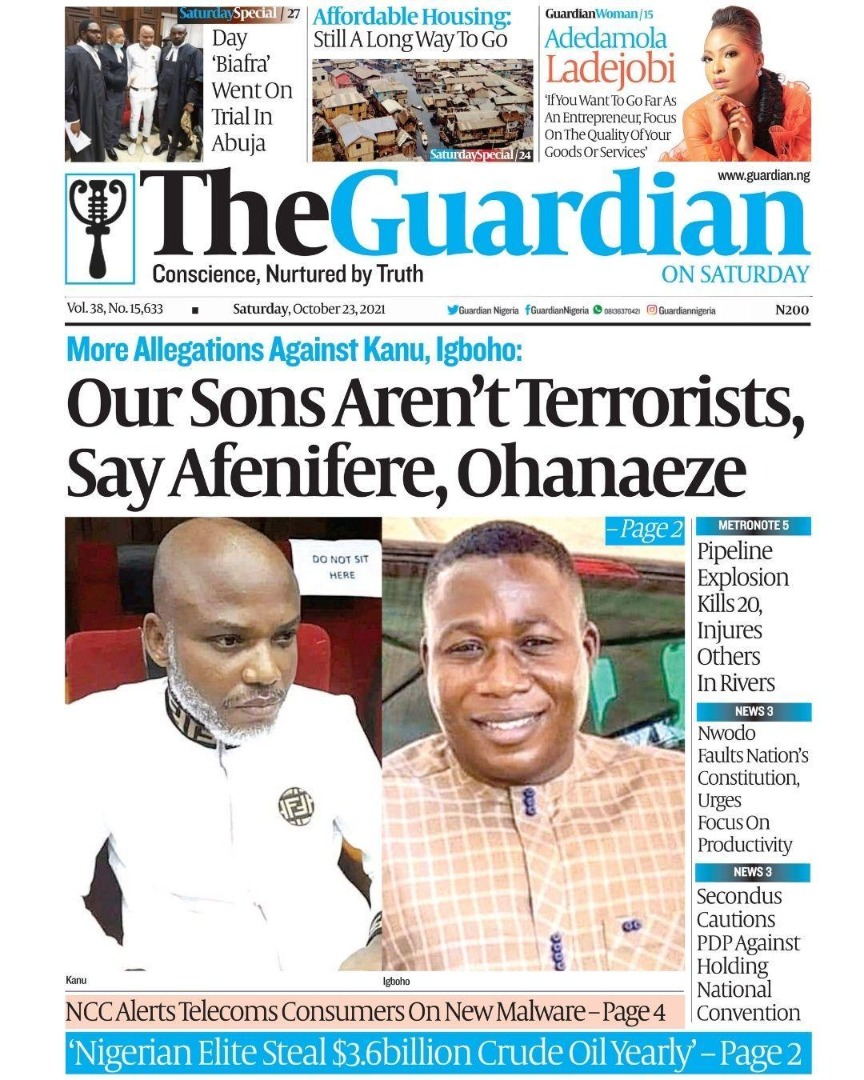 According to The Nation, Embattled Secondus has Kick started moves to stop the PDP national convention with a fresh suit. 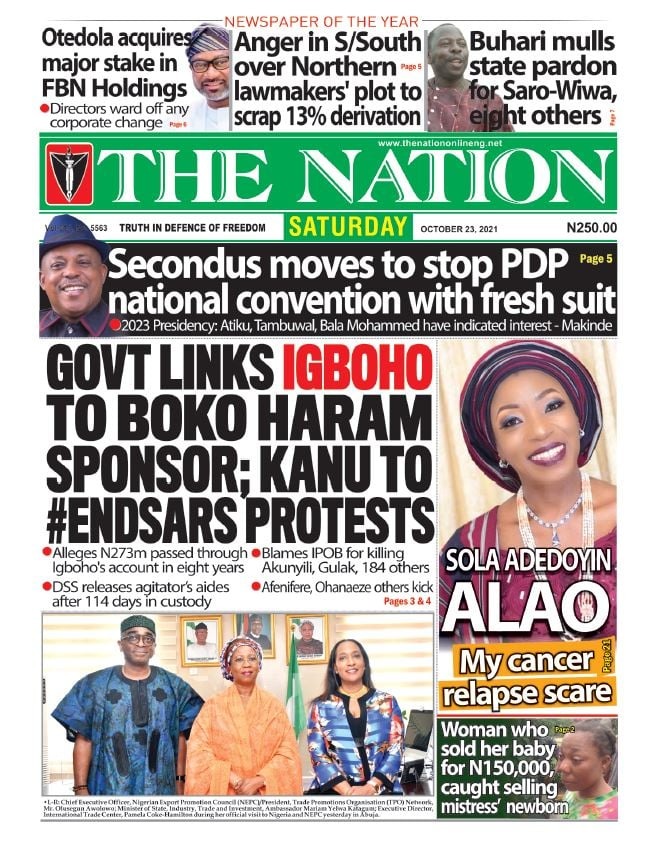 Daily Trust leads with AGF Malami linking Yoruba agaitator, Sunday Igboho, to the funding of Boko Haram in the northeast. 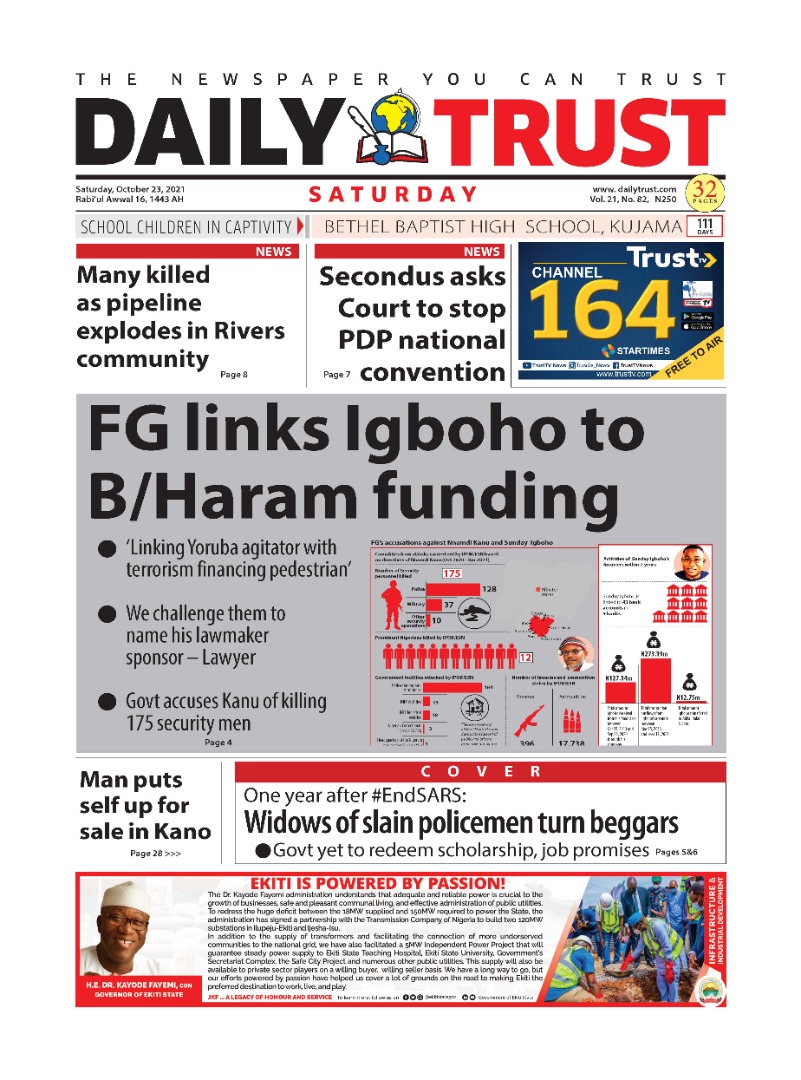 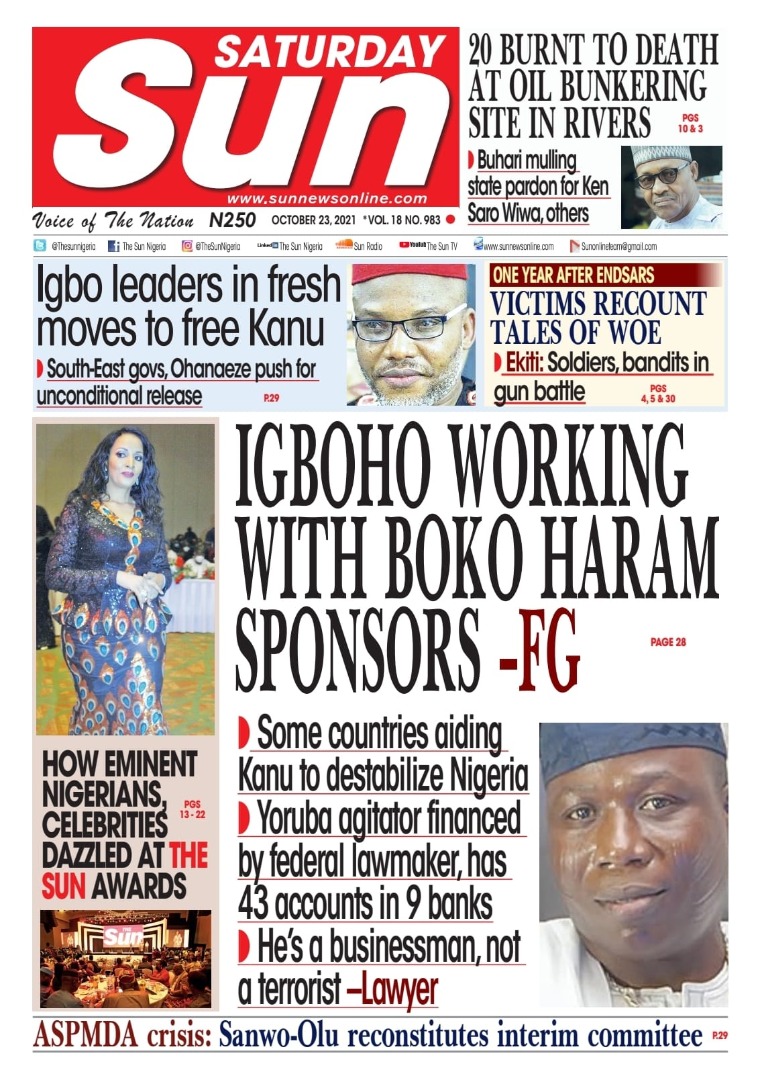 Saturday Tribune reports that an alleged plot by some northern members of the House of Representatives to expunge the 13 per cent Derivation Fund from the 1999 Constitution ignited tension in the Niger Delta. 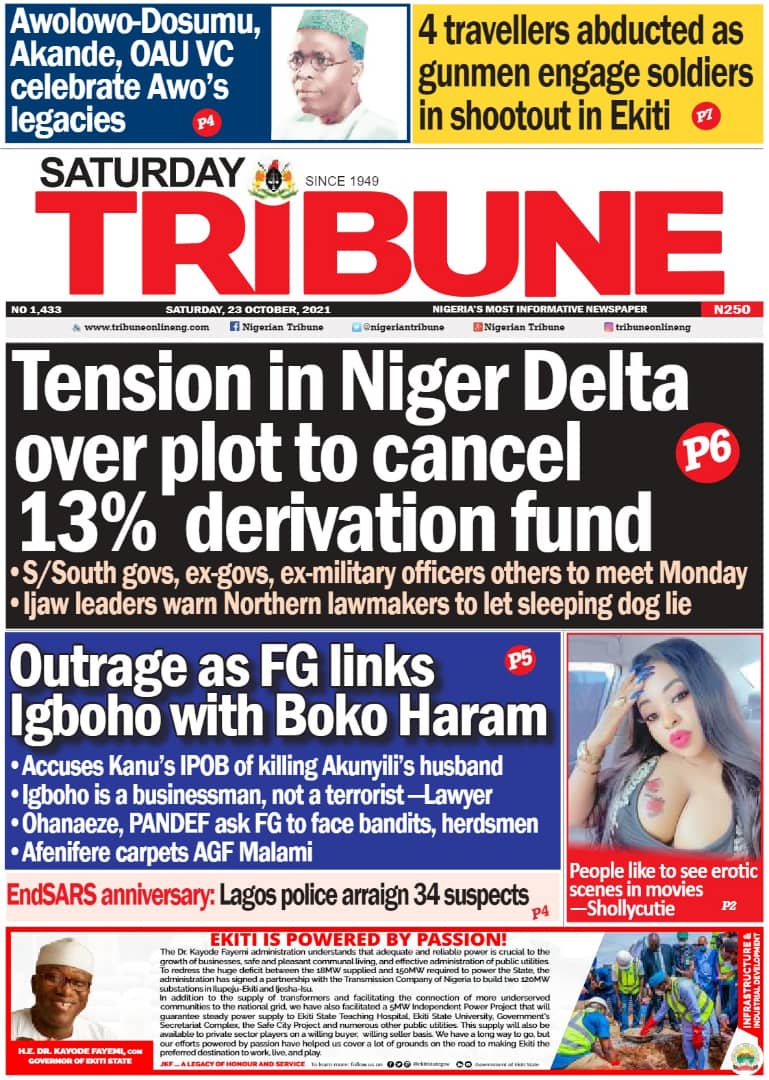 Zamfara residents have revealed that bandit terrorists are very much still in the state, adding that the Dansadau forests infested with outlaws, Leadership says. 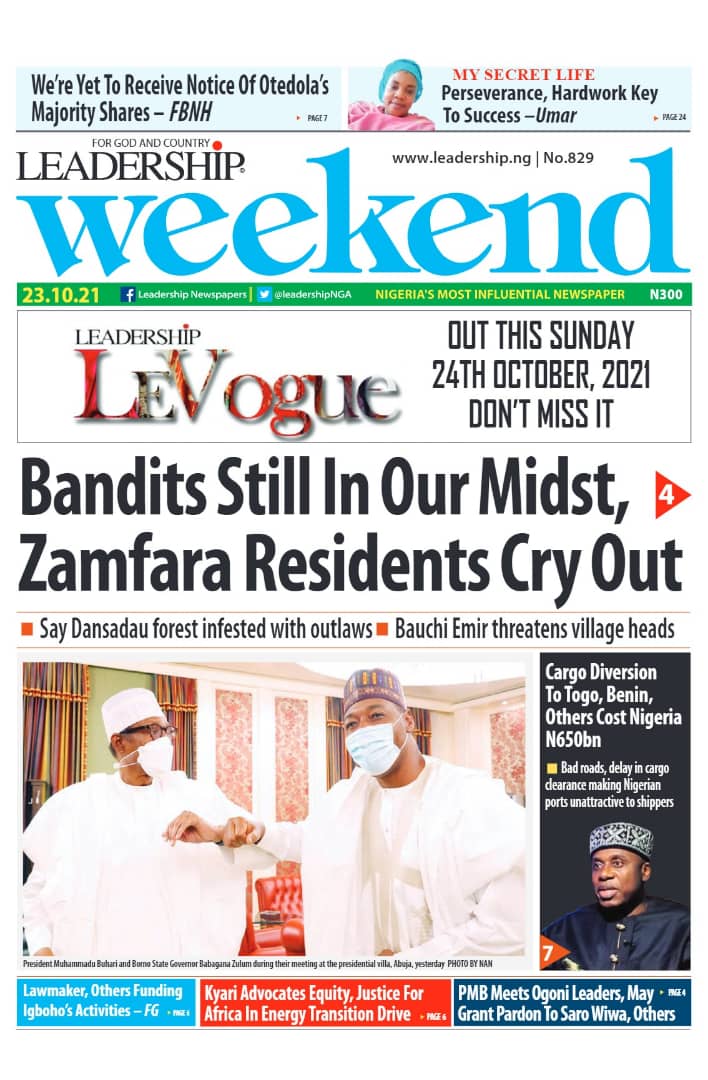 According to Saturday Telegraph, Malami blames Nnamdi Kanu for the murder of Gulak, Akunyili and 178 others. 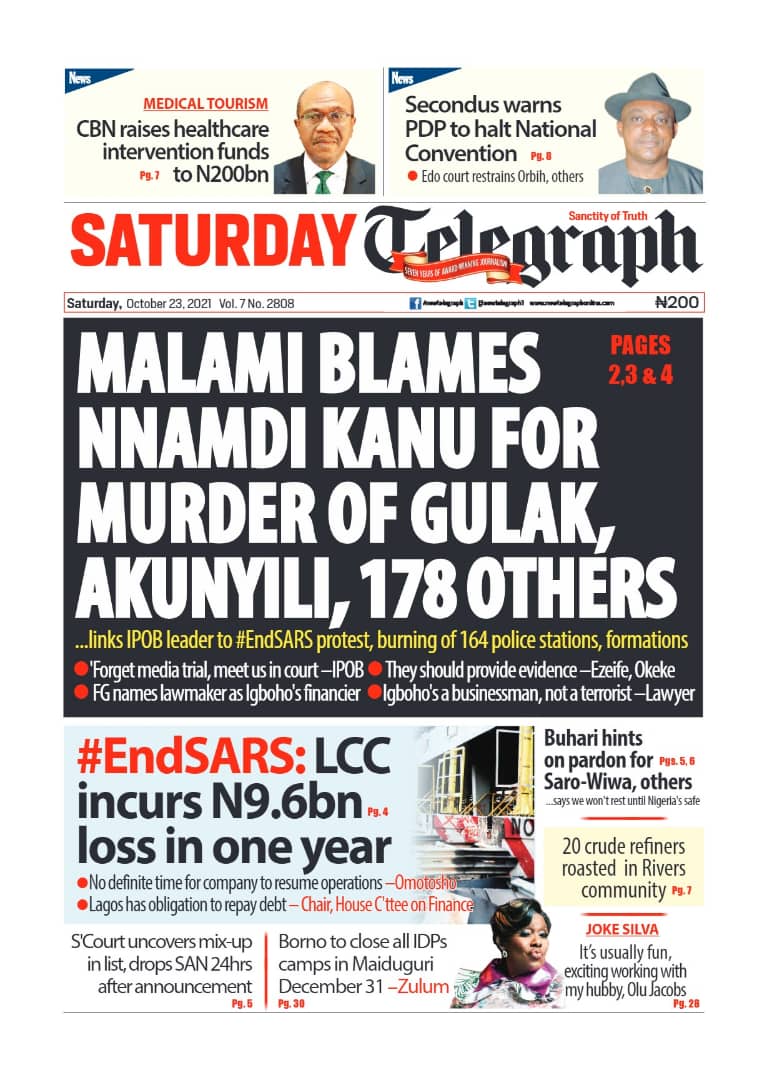 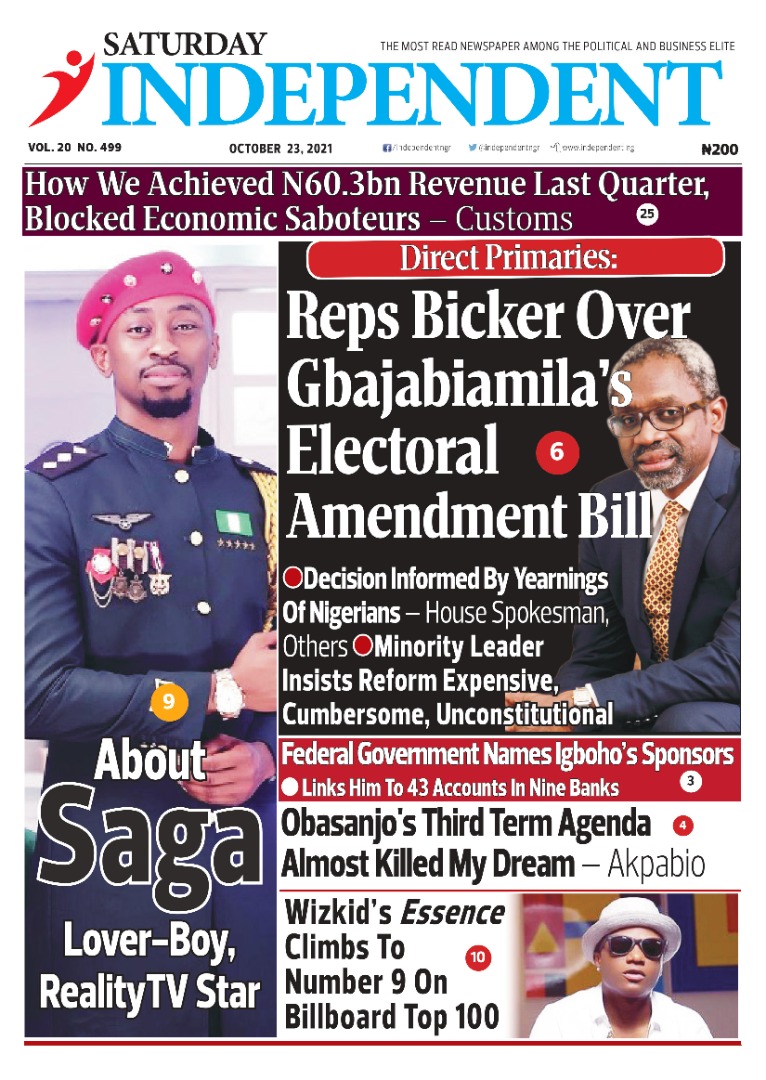