Ezenwoko’s Blog looks at the top happenings making headlines on the front pages of newspapers in the United Kingdom today Friday, 22 October 2021.

According to The Guardian, GPs are threatening industrial action over the government’s attempt to force them to see any patient who wants a face-to-face appointment. 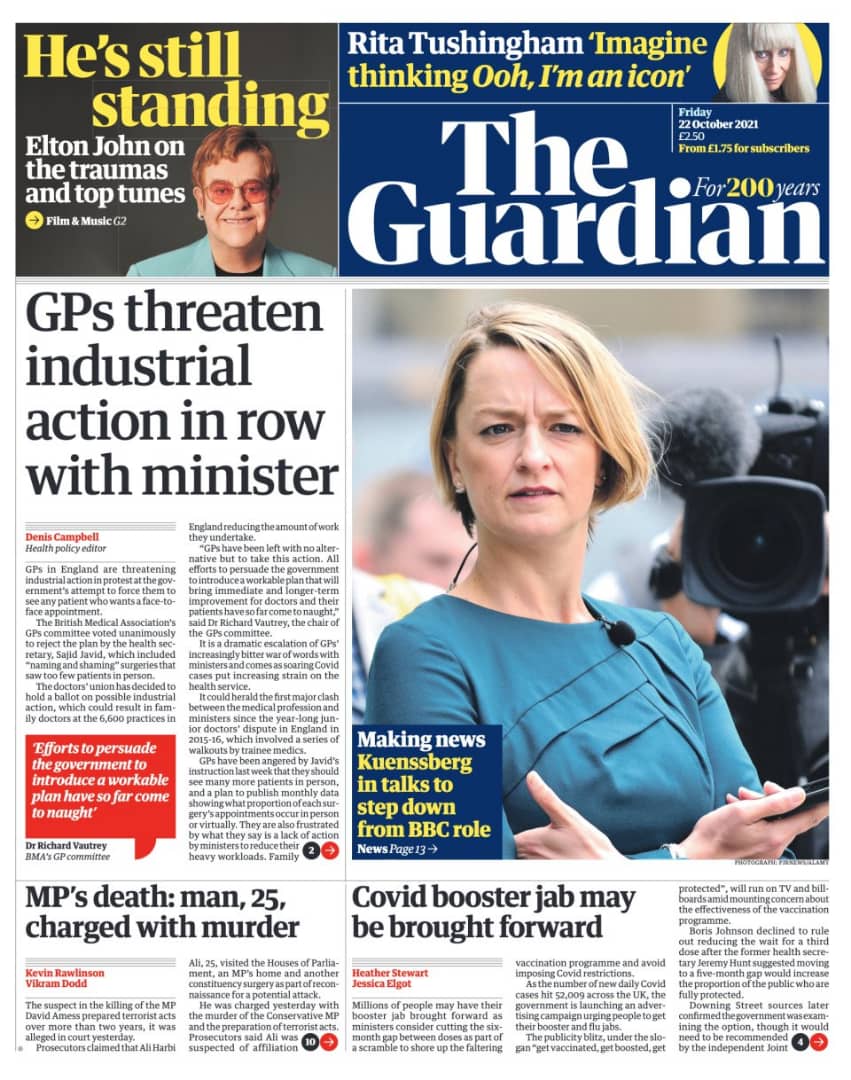 After being charged to a court for the murder of Sir David Amess, it was revealed that Ali Harbi Ali allegedly plotted for two years to kill an MP. Metro reports. 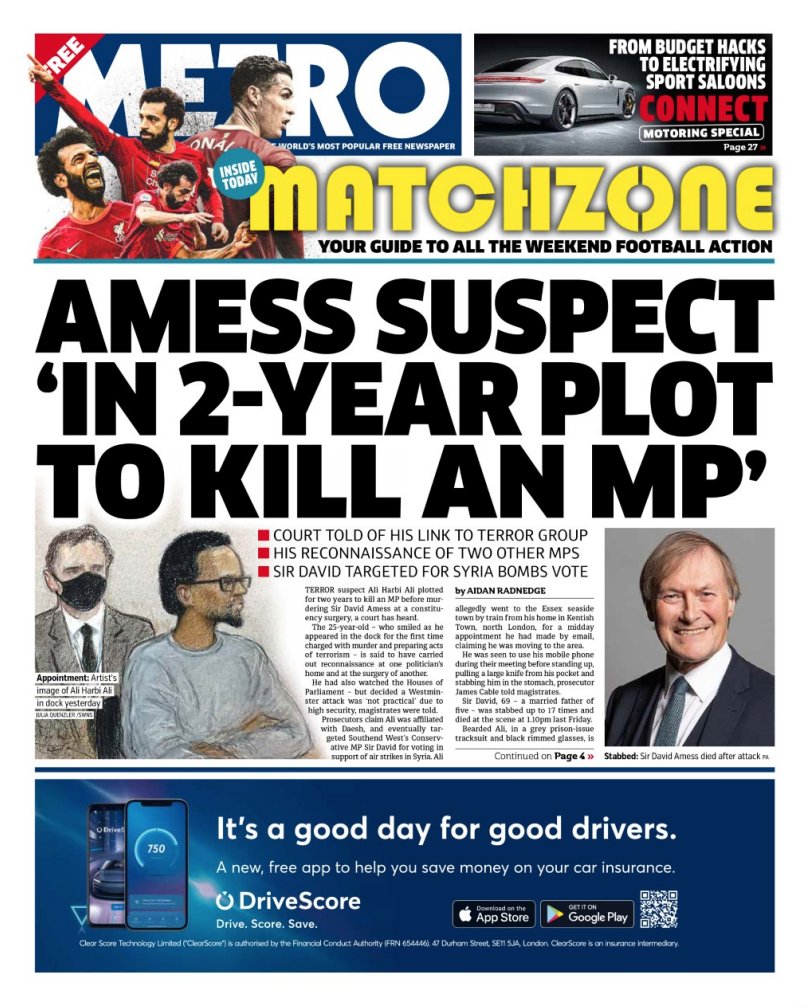 According to new research, Daily Express reports, a third dose of the Pfizer jab gives excellent immunity makes against COVID-19. 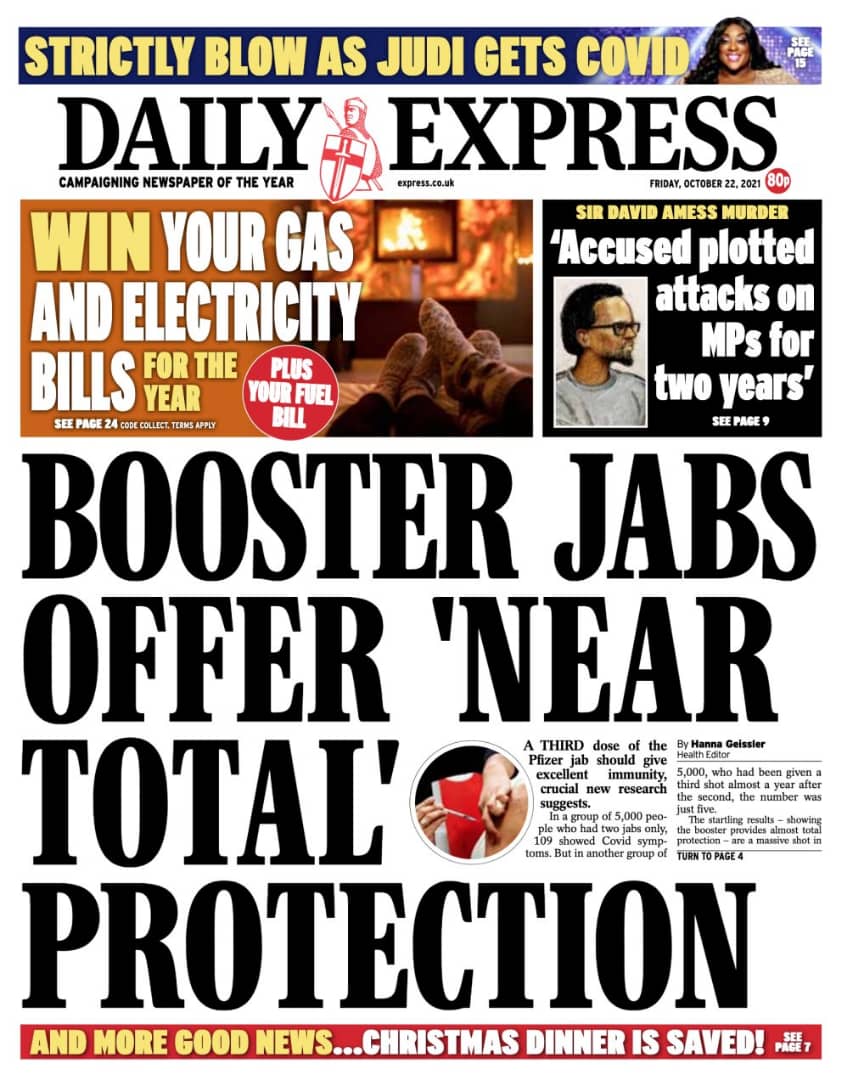 The Times leads with a revelation that the suspect accused of Sir David Amess’s murder had also allegedly targeted two other MPs. 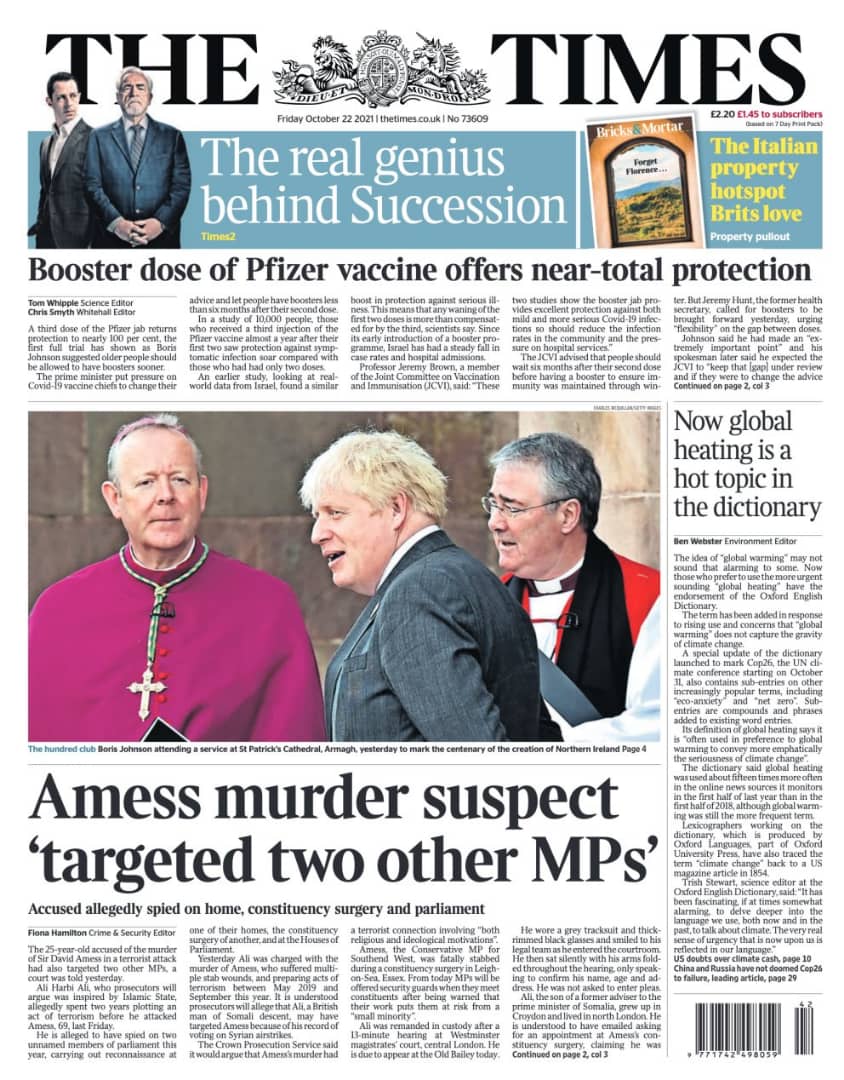 Daily Mirror reports that the Queen spent a night at the hospital having test after her tour was cancelled. 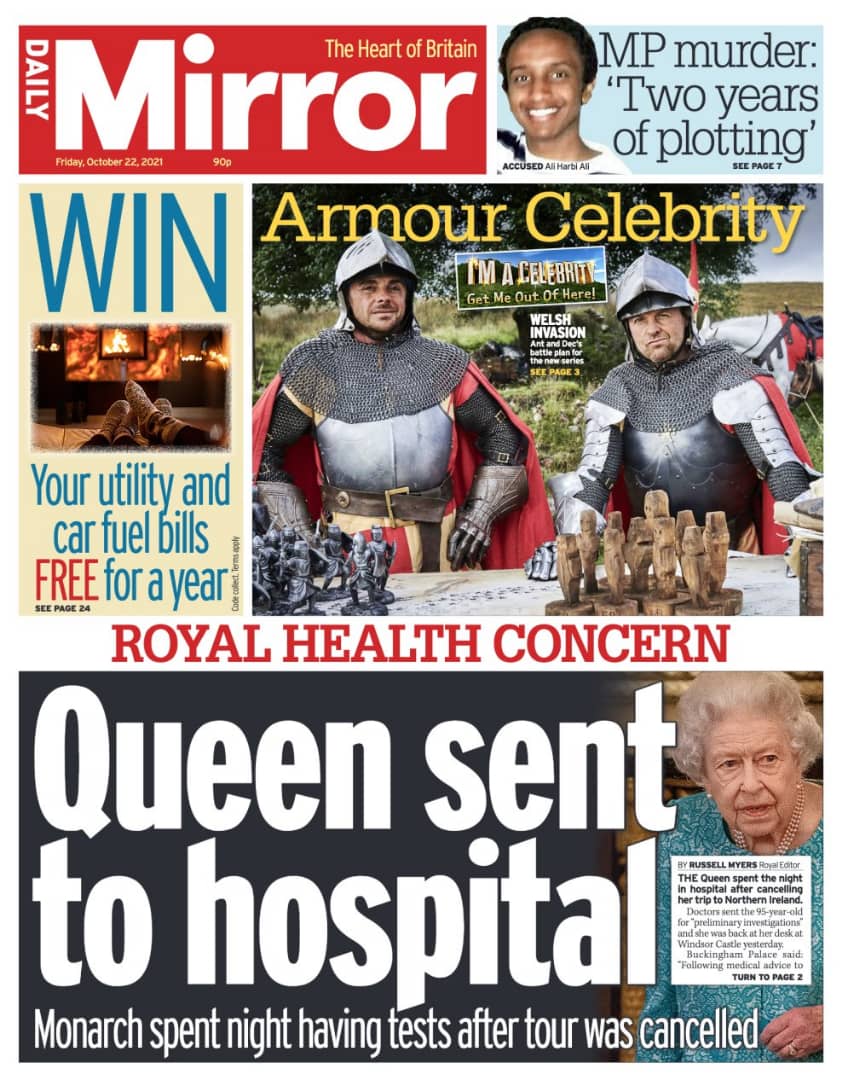 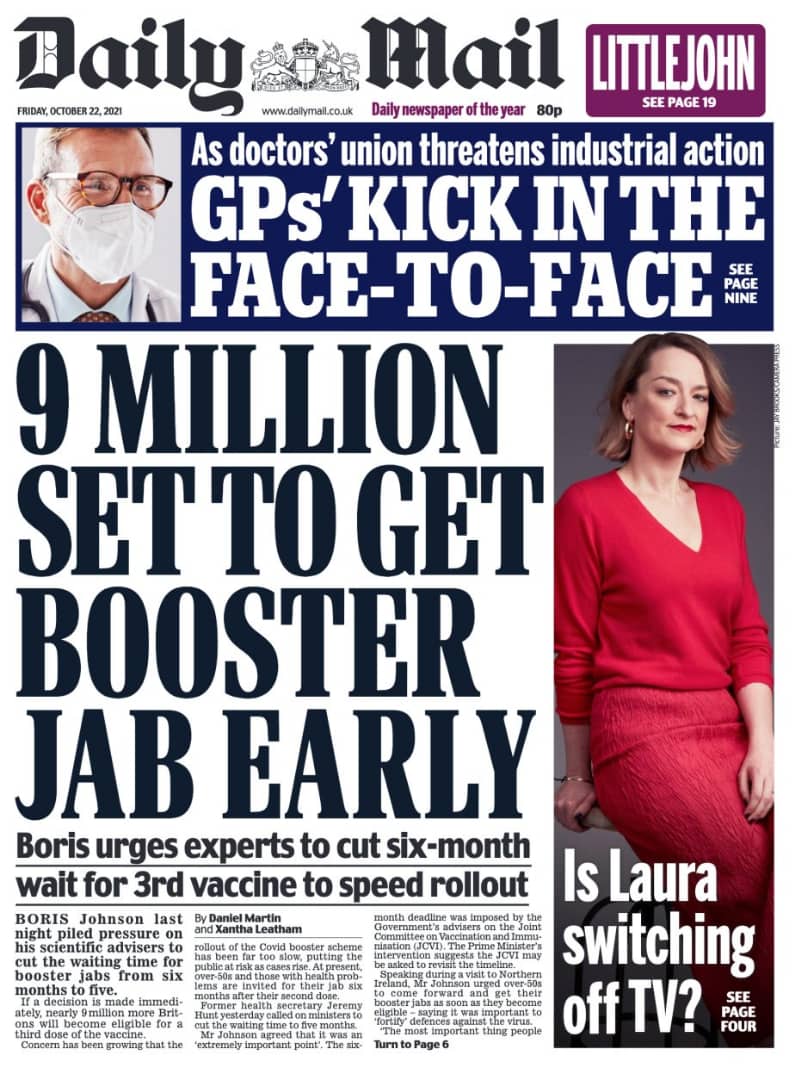 The Daily Telegraph reports that Ministers and scientific advisers are considering plans to open up COVID booster jabs to the elderly and millions. 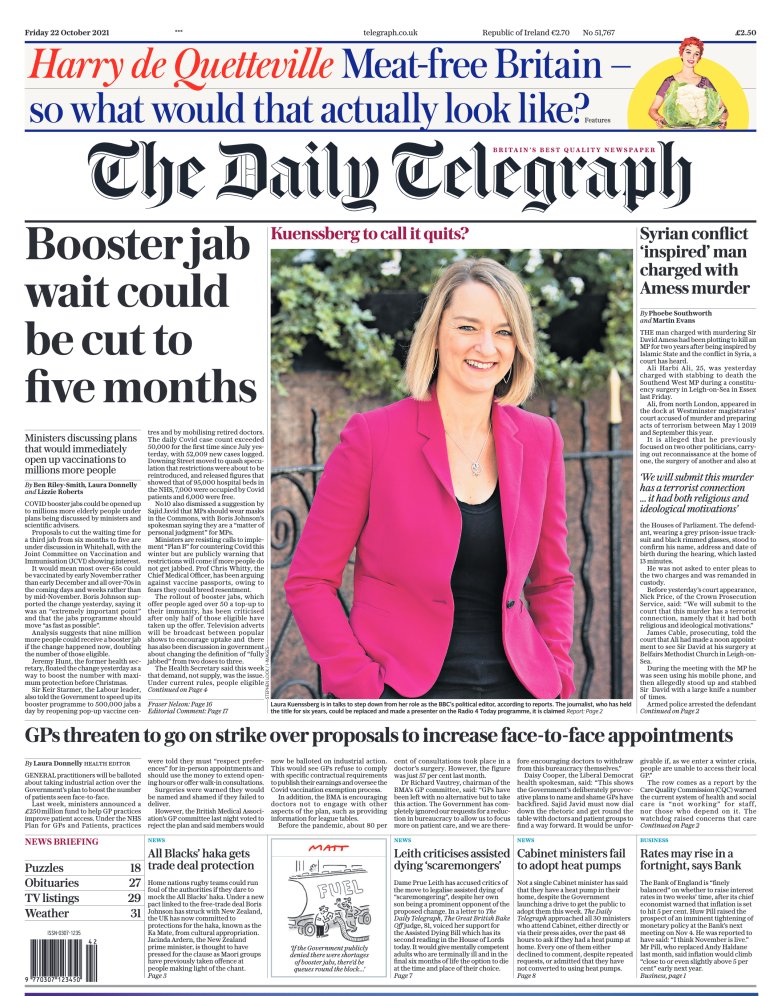