Ex-husband of superstar singer, Tiwa Savage, Tunji Balogun popularly known as Teebillz has spoken after the release of her sex tape.

Recall that some weeks back Tiwa had claimed that she was being blackmailed with a sex tape her partner had uploaded on Snapchat mistakenly.

She had stated that she will not be paying her blackmailer because this would definitely lead to more payments.

Some described it as a publicity stunt, claiming that there was no actual tape.

At that time Teebillz had shown his support for his ex wife, uploading a picture of her and their son Jamil on Instagram.

He had stated that she was an exceptional mother and anyone could make a mistake.

Weeks after, the singer jokingly mentioned the tape once again while on stage and also said that no one was going to see the tape.

Tiwa went ahead to call out a popular blogger on her Instastory for threatening to release the tape.

She stated that the blogger was angry because of how she handled the whole situation.

After Tiwa’s tape was released late on Tuesday, Teebillz took to his Instastory to stated that someone who has your best interests at heart is different from a person around you.

He said: “Who’s around you and who is down for you are two totally different things.” 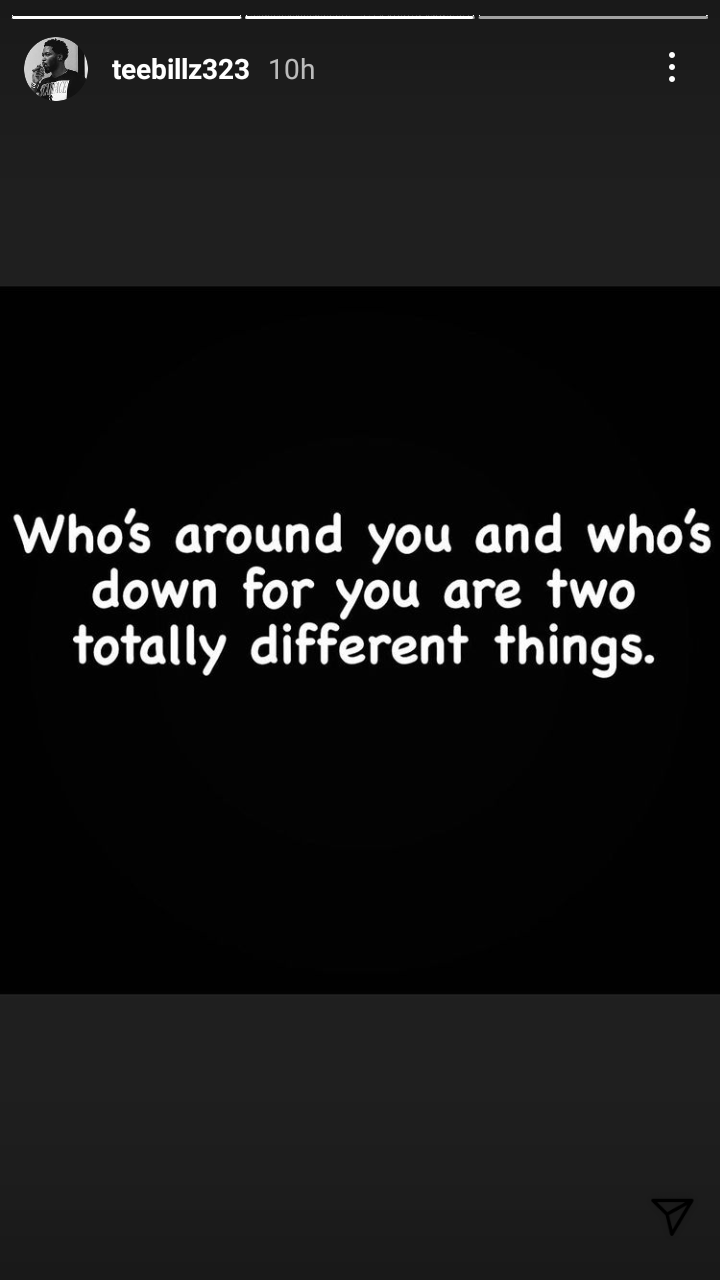