The Truth Will Be Revealed In Due Time, 2face Babymama Cries Out

Perosaiyemi Adeniyi, babymama to veteran Nigerian singer, 2face Idibia, has spoken on the ongoing rift between her and the Idibia’s.

The mother of four took to her Instagram account to explain that most people wanted to hear her side of the story but if she came out and tried to tell her tales people would eventually poke holes in them and make a mockery of her truth.

She went ahead to say that those who were close to her knew what was really going on, also adding that the person that was responsible for the ongoing drama also knew the truth but needed the lie to stay relevant.

Pero stated that in the long run the truth would come out in due time. 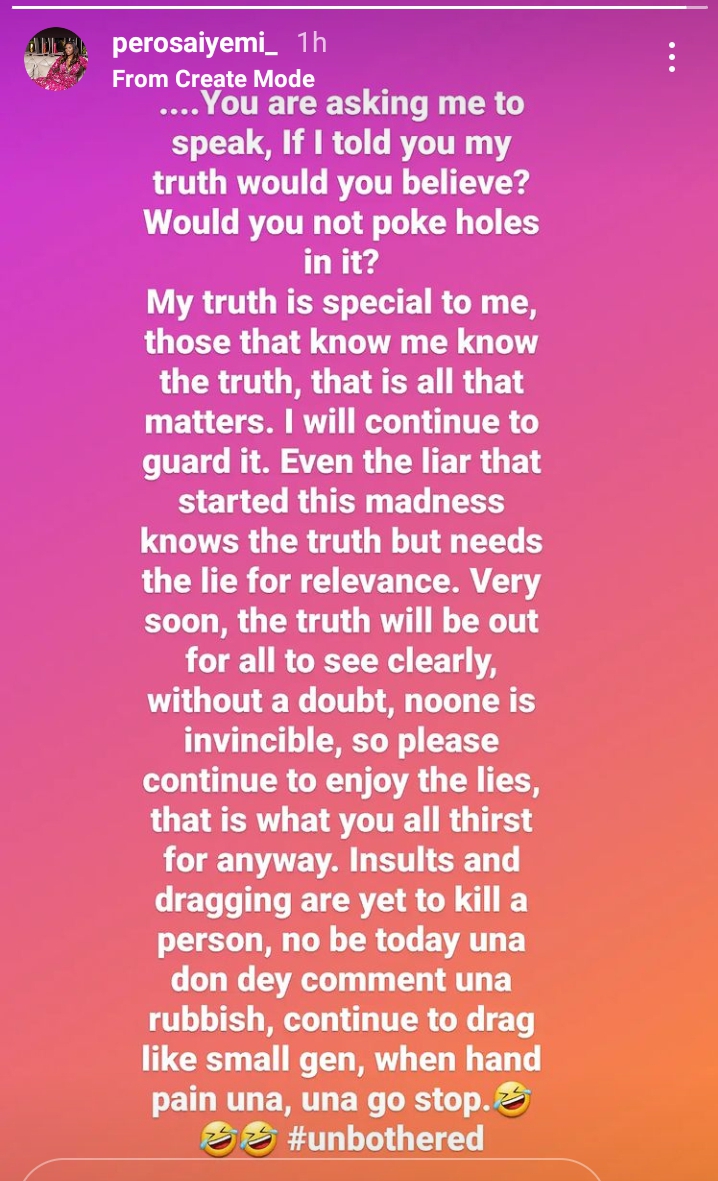 ‎Recall that Ezenwoko’s Blog had reported that 2face’s wife Annie Idibia had called him out for paying too much attention to his baby mama, demanding that he had to do better.

The drama kept unfolding as a voice note of Annie Idibia crying hysterically, saying that 2face had packed his things and left her to go and be with Pero in America.

Tuface later uploaded a picture of Annie and him to show that things were finally back to how it used to be for the couple.