Heavily armed security operatives have blocked protesters marking the #EndSARSMemorial from marching to the National Assembly.

Ezenwoko’s Blog earlier reported that the memorial protest organised to mark the one-year anniversary of the #EndSARS protest is currently taking place at the Unity Fountain in Abuja, the nation’s capital. 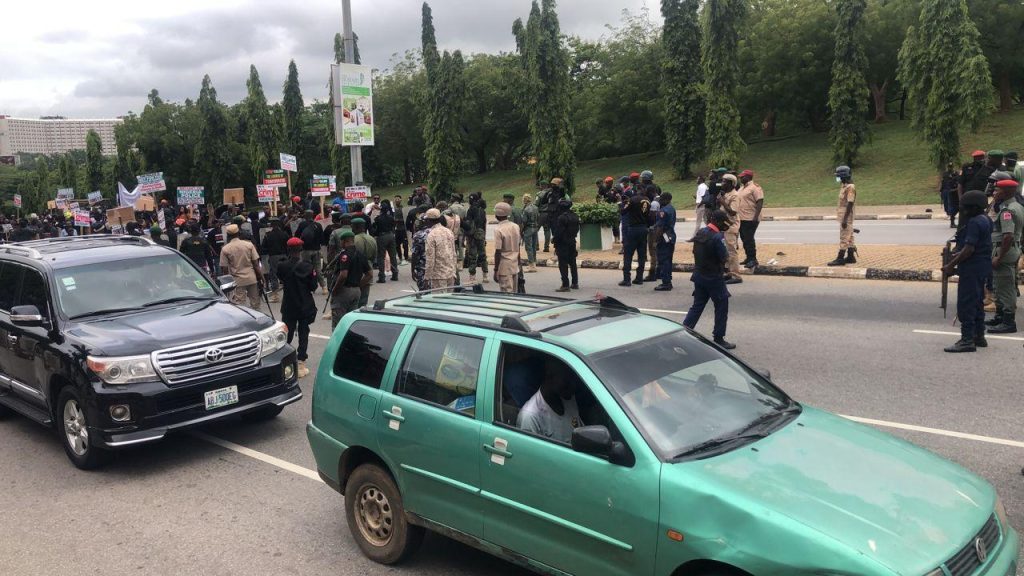 From the Unity Fountain, the protester proceeded to the National Assembly to continue their protest carrying placards, singing anti-government songs and the national anthem.

However, on their way to the Assembly, operatives of the Department of State Services (DSS), soldiers and police officers mounted a barricade and blocked the access road with their vehicles to stop the procession.

Protesters who were asked to go back could be heard saying “protesting is our right, we are not thugs”, calling on the government to heed to their demands.

Eventually, the protesters were forced to turn back and head towards the Unity Fountain. 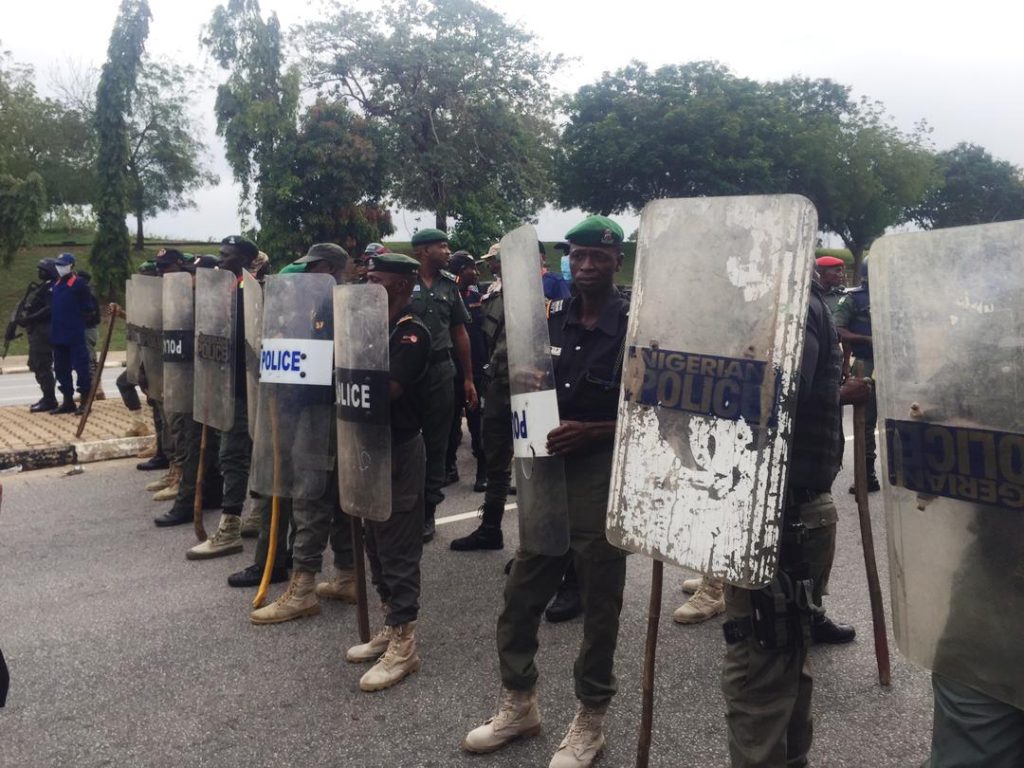