Former Governor of Anambra State, Peter Obi has cleared the air on viral campaign posters posing him as an aspirant in the forthcoming 2023 presidential election.

Some campaign posters of the former vice presidential candidate of the Peoples Democratic Party, PDP, have been sighted on designated places and has as well gone viral on Social Media, Ezenwoko’s Blog understands.

PDP had in the last conducted presidential election, presented former Vice President, Atiku Abubakar and Peter Obi as their candidates, of which they lost to the All Progressive Congress, APC. 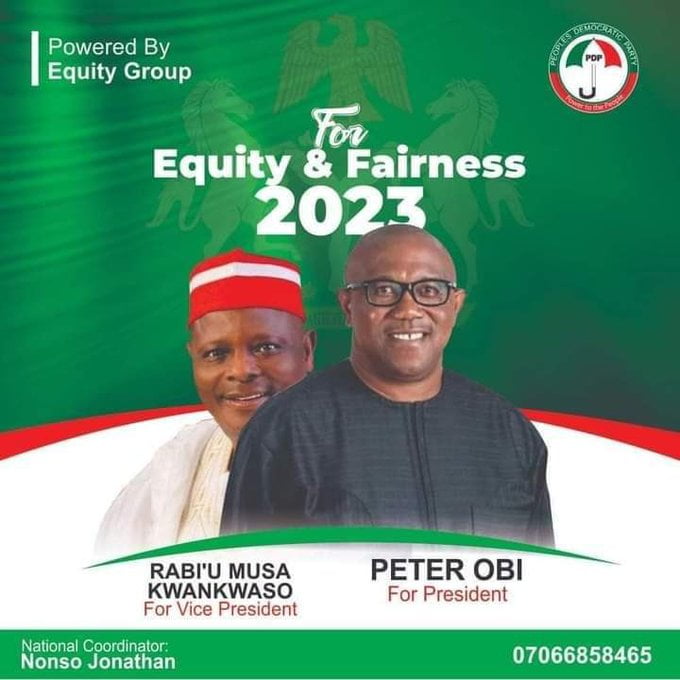 Reacting to the recent campaign posters online, Obi in a post on his verified Twitter page, denied approving or authorizing the publications of such posters, adding that he was not affiliated to any group or groups behind the creation/distribution of the posters.

He said: “I am not in any way connected to, neither have I contracted/authorised anybody or organisation to promote the sharing of flyers which assume my intent to contest for office in 2023.

“As a faithful party man, I am not one to jump the gun on a matter the party is yet to give final directives. I will abide by the final position of the party on the issue.

“For now, my focus remains to advocate for the restoration of security, eradication of poverty, creation of jobs and provision of other productive ventures for the country’s unemployed youths, improving education and making health care accessible in the country.”