According to The PUNCH, states, including Akwa Ibom, Oyo, Ogun, Enugu, Benue, Osun and Gombe,  have yet to pay victims of police brutality a year after they set up panels on human rights violations. 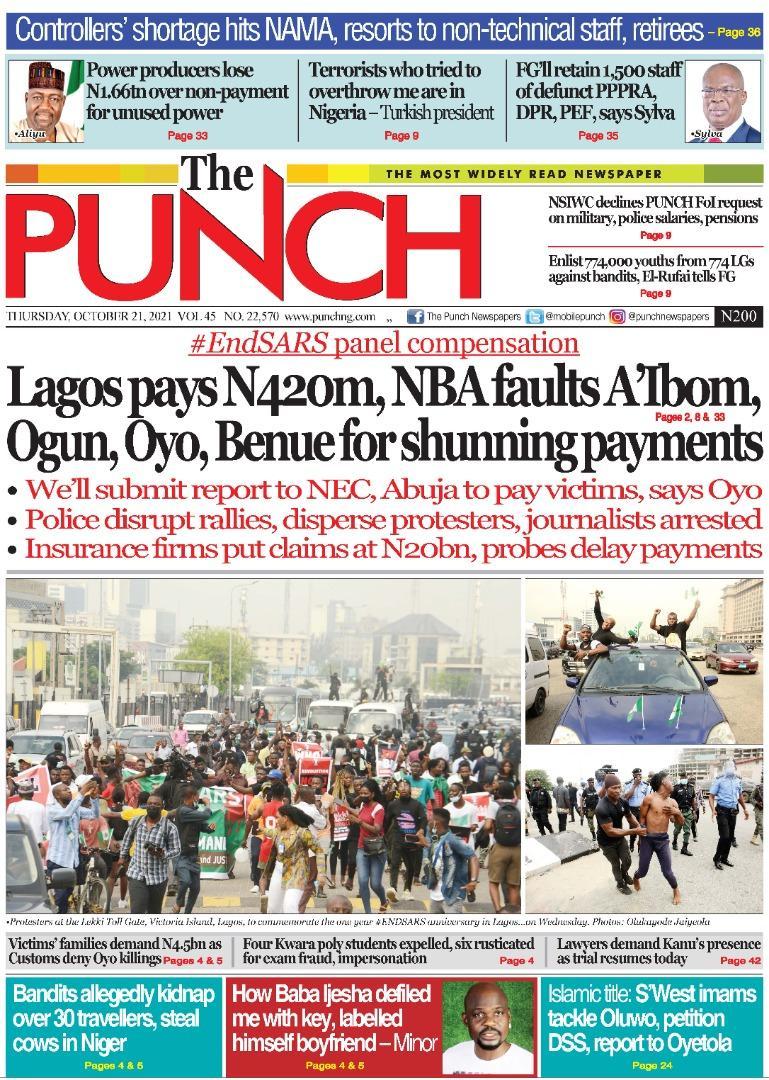 The Guardian says as over 300 #EndSARS protesters await freedom from prison a year after, more youths were, were hounded into custody by the police for daring to observe a memorial of last year’s long-drawn protests. 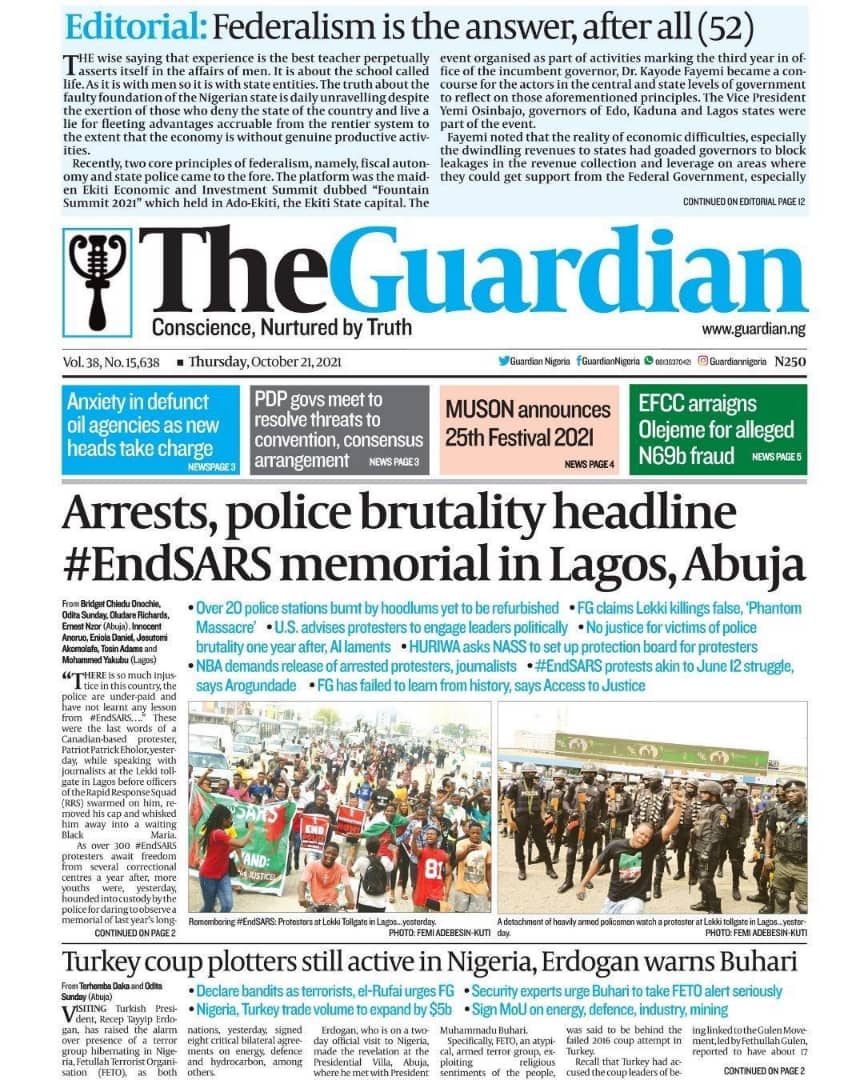 Vanguard leads with the story of heavy police crackdown on activists, musicians, and Nollywood actors and actresses, who thronged the Lekki Toll Gate, to hold the #EndSARS protests memorial. 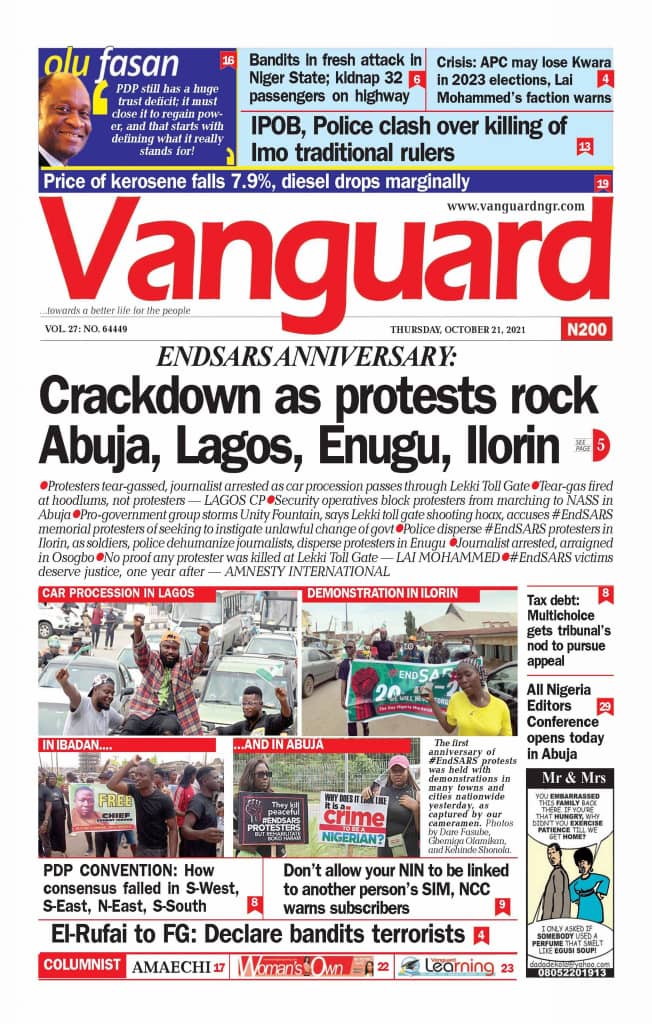 The federal government has now made it mandatory for would-be policemen and those joining other gun-wielding security agencies to undergo psychiatric and drug tests, The Nation reports. 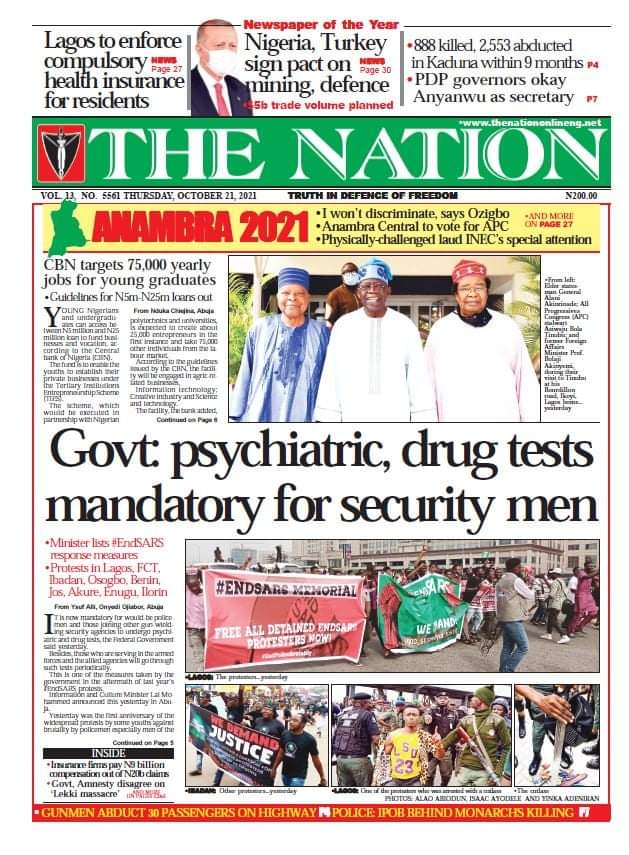 According to ThisDay, the National Economic Council (NEC) has directed state governors to forward final reports of the panels of inquiry into the EndSARS protests to their Attorneys-General for prompt arraignment and prosecution of the indicted persons. 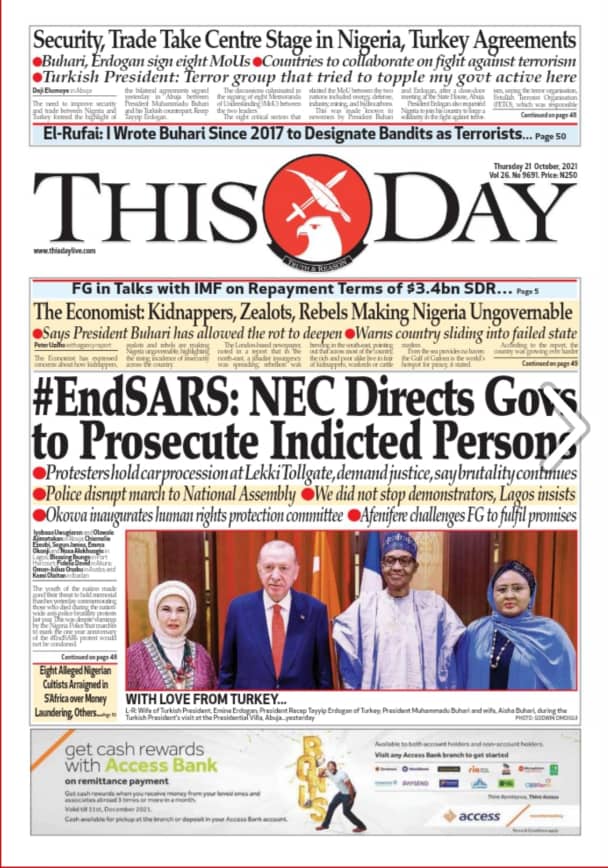 Nigerian youths, Daily Sun reports, defied police warnings as they held memorial processions in some states across the country, to mark the one-year anniversary of the #EndSARS protests. 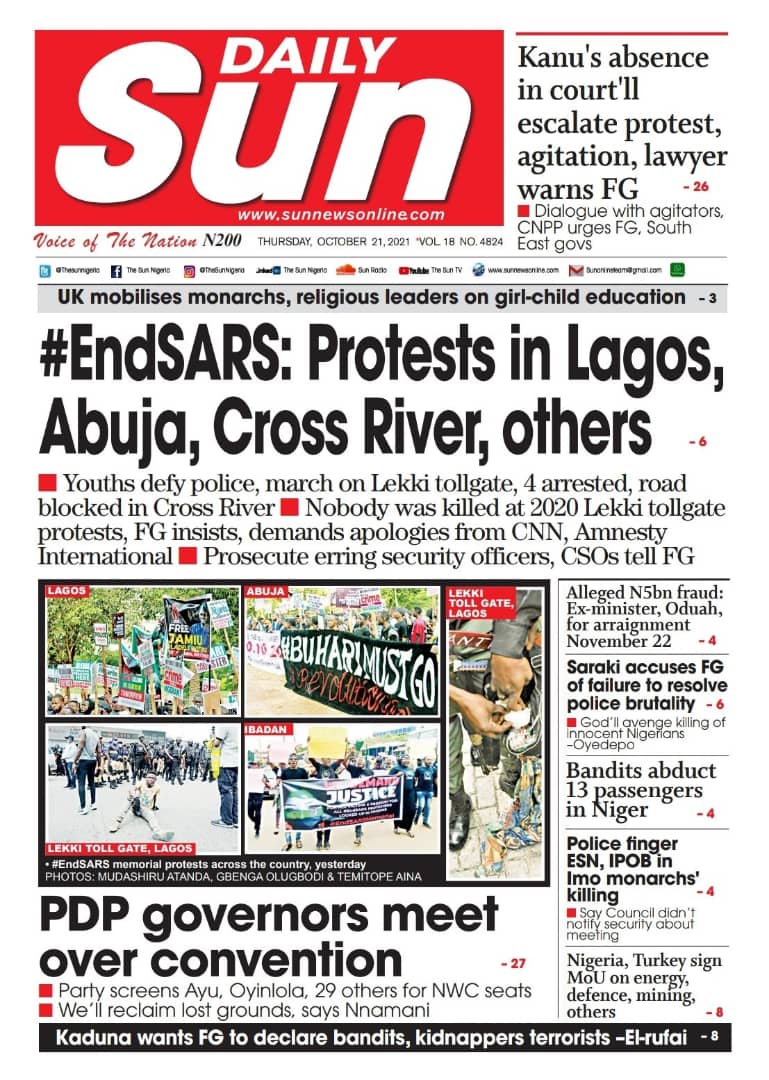 Ahead of the PDP convention, 33 aspirants are set to slug it out for various NWC posts, Nigerian Tribune reports. 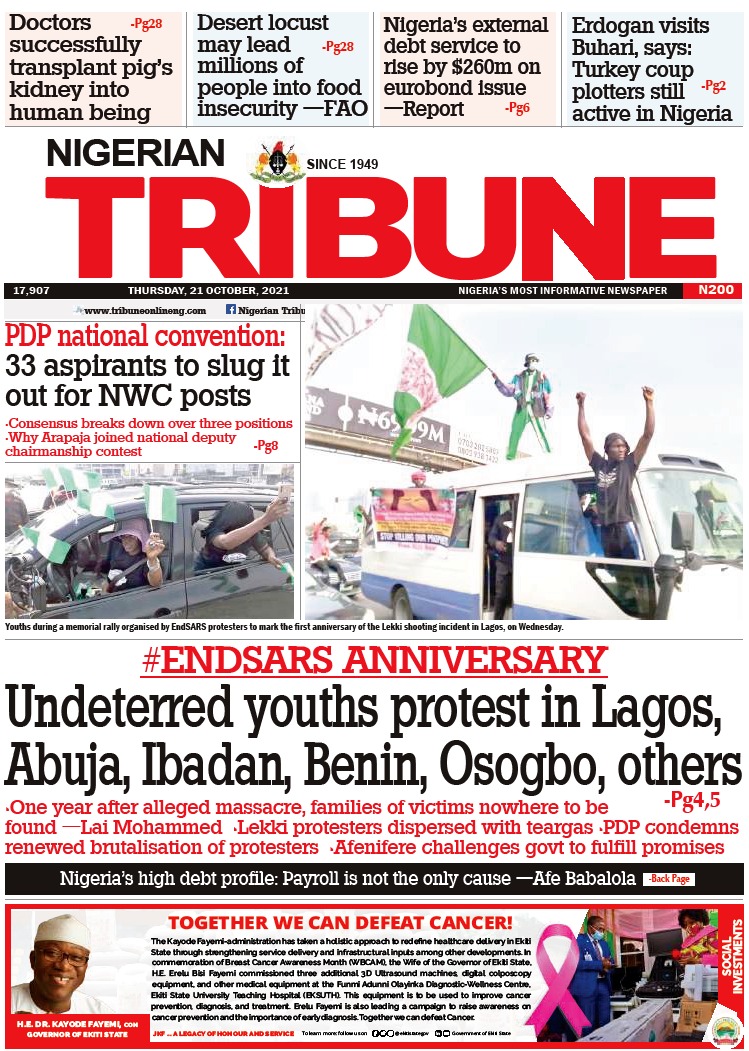 One year after the #EndSARS protest during which some individuals claimed that there was a massacre at the Lekki Toll Gate in Lagos, there is still no evidence of large scale killing at the scene to qualify the raid as massacre, according to Daily Trust 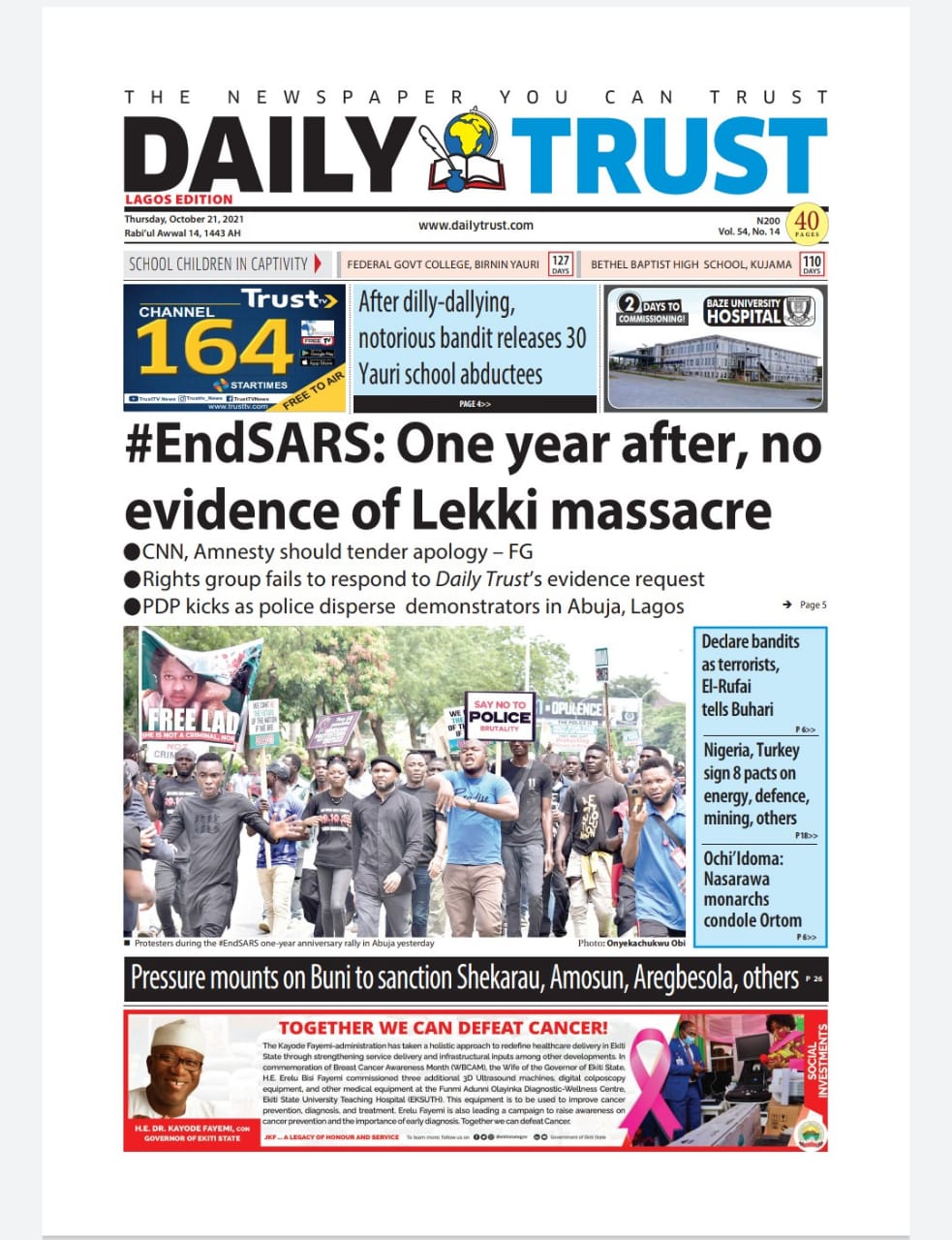 Security operatives on Wednesday battled protesters who came out en masse to mark the first anniversary of the #EndSARS protest across Nigeria, Daily Independent reports. 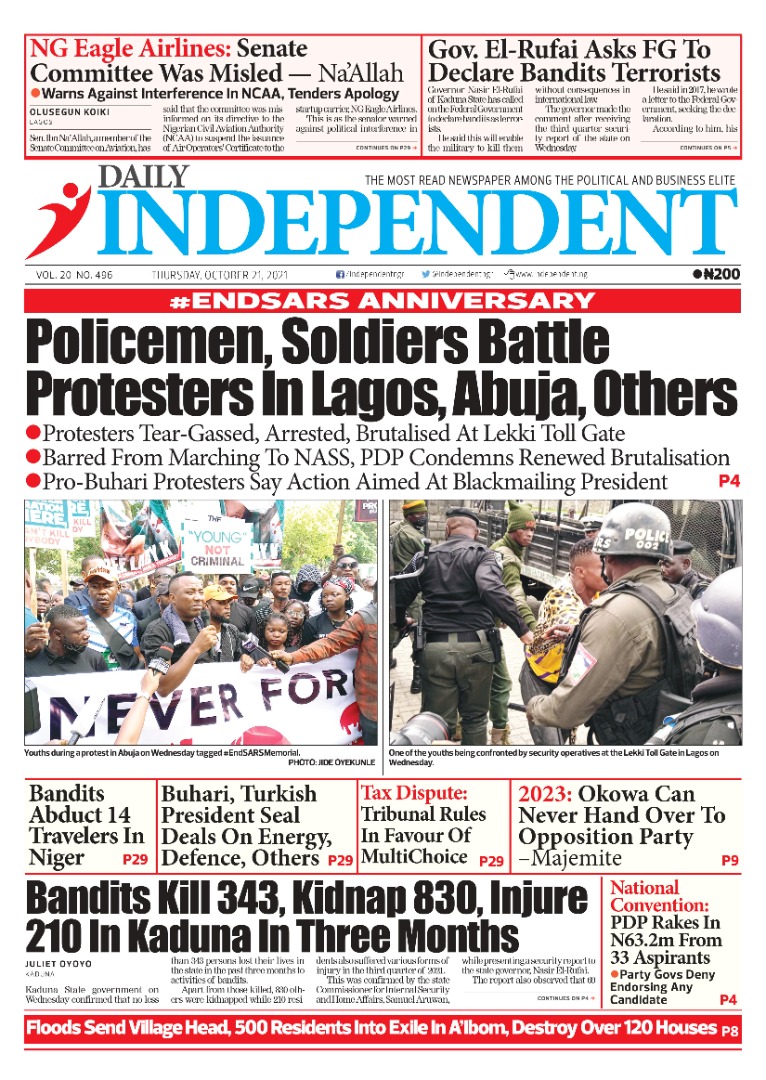 EndSARS: the Federal Government has again slammed CNN over its report on the Lekki Tollgate shooting, Blueprint reports. 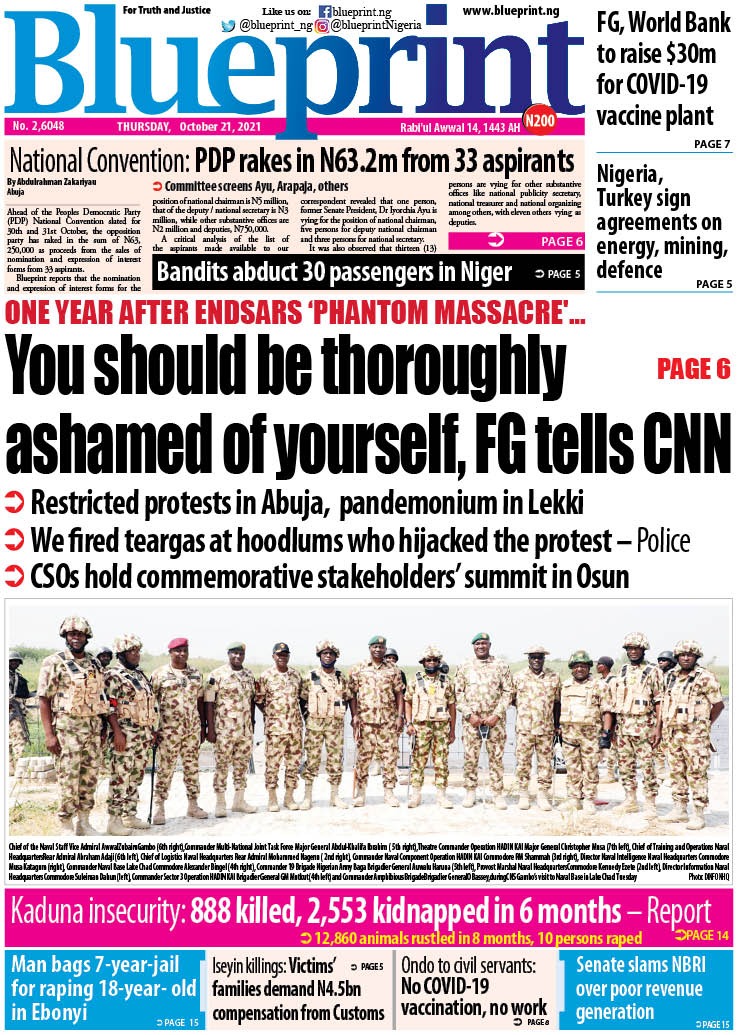 Nigerian News Direct leads with the EndSARS anniversary and protesters refusal to back down despite police warning in Lagos, Abuja and others. 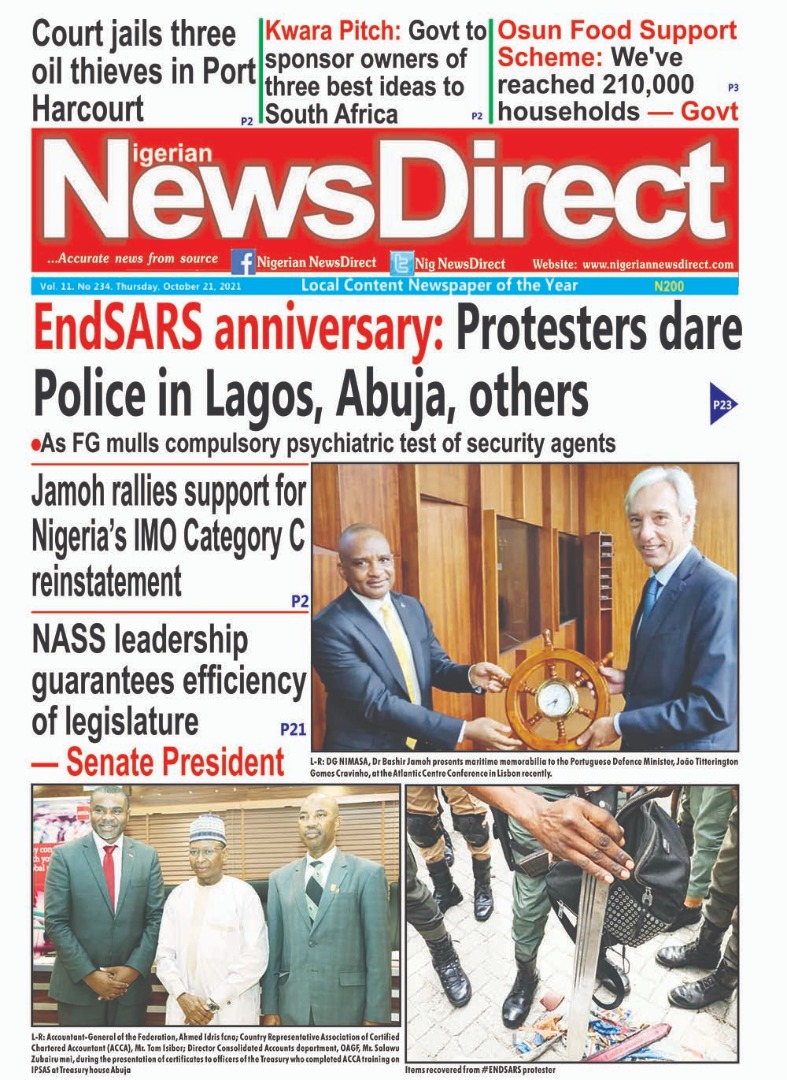