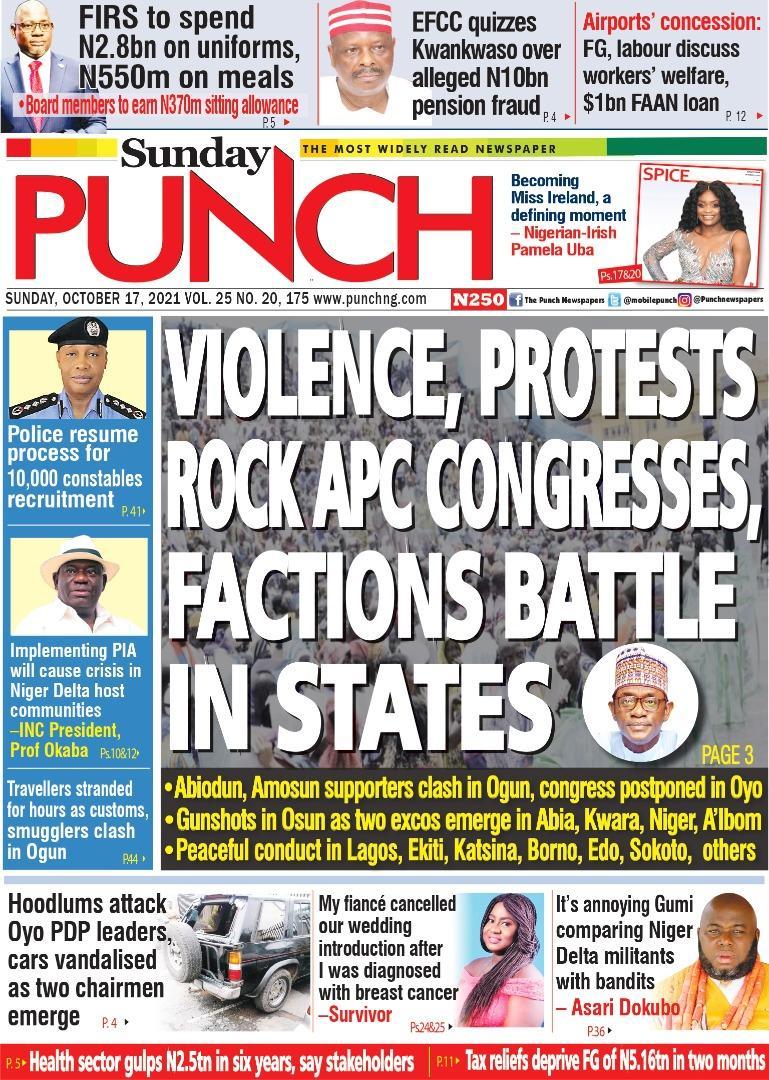 #EndSARS victims in nine states may get over N25Billion as NEC waits for Lagos, Vanguard reports. 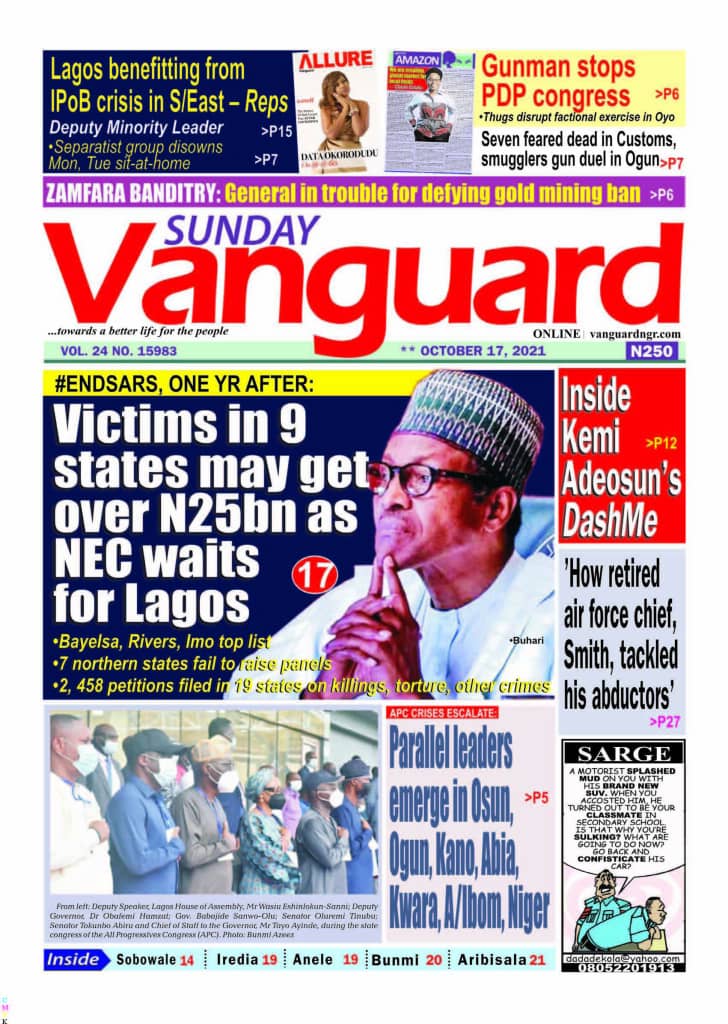 The Guardian still leads with the APC State Congress that was held yesterday across the nation. 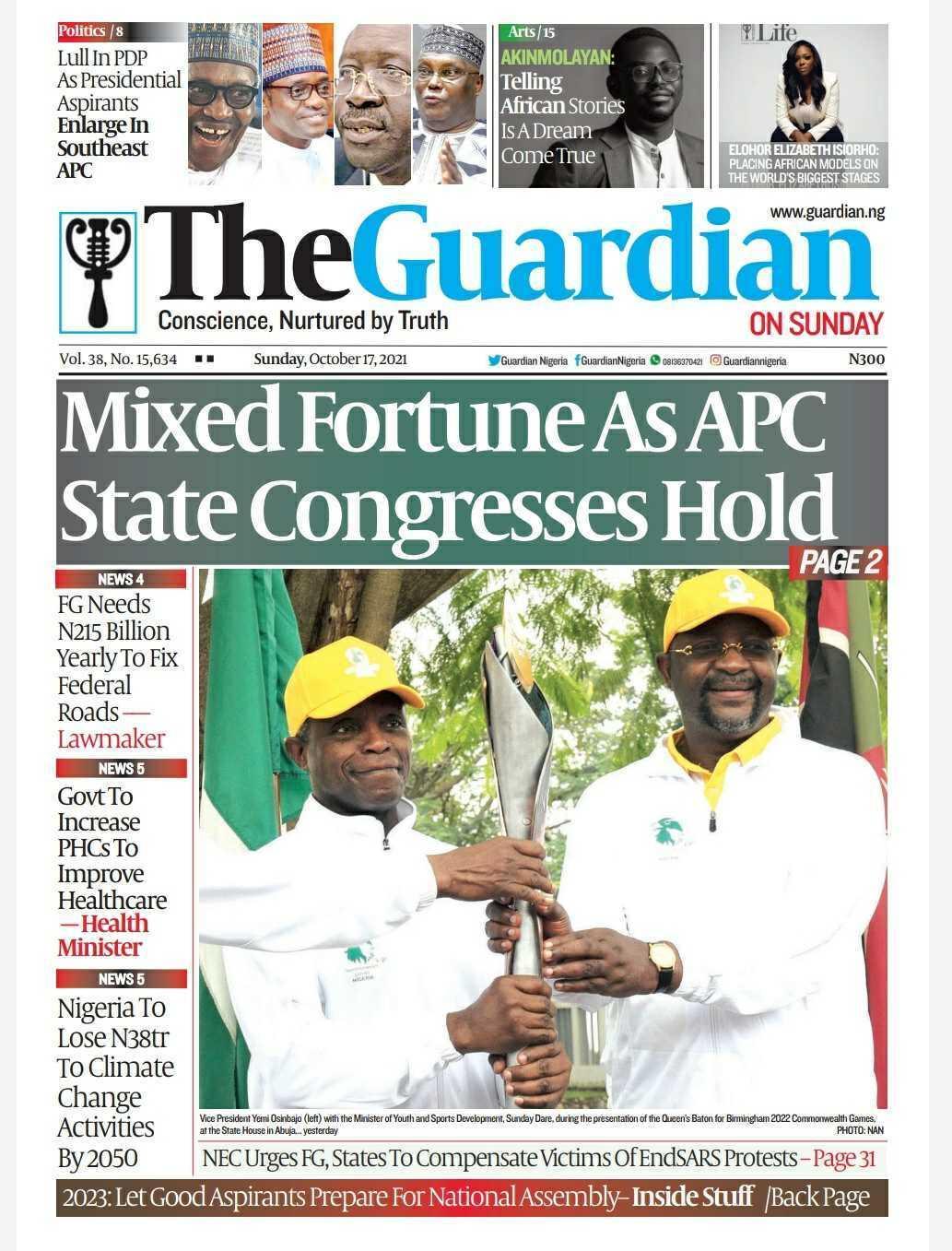 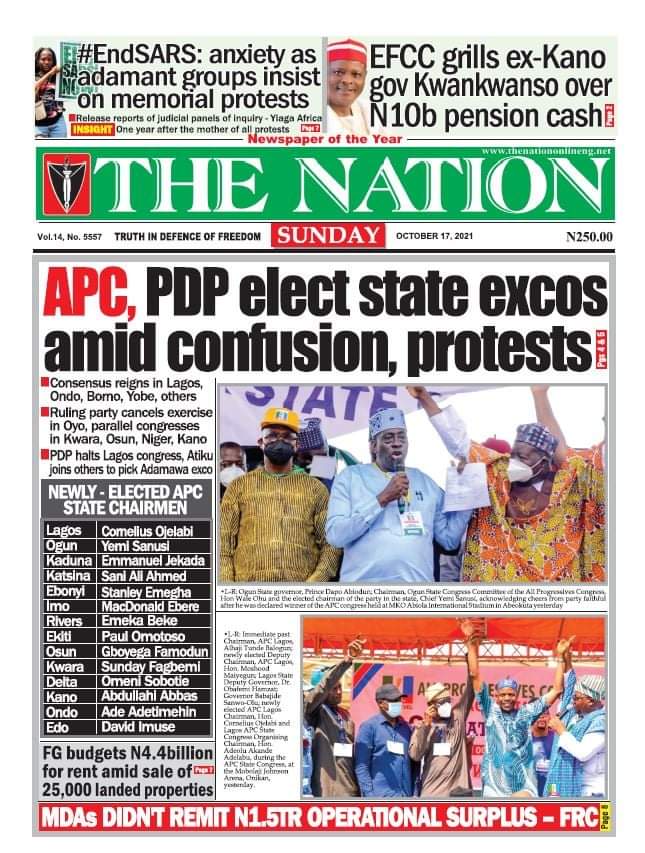 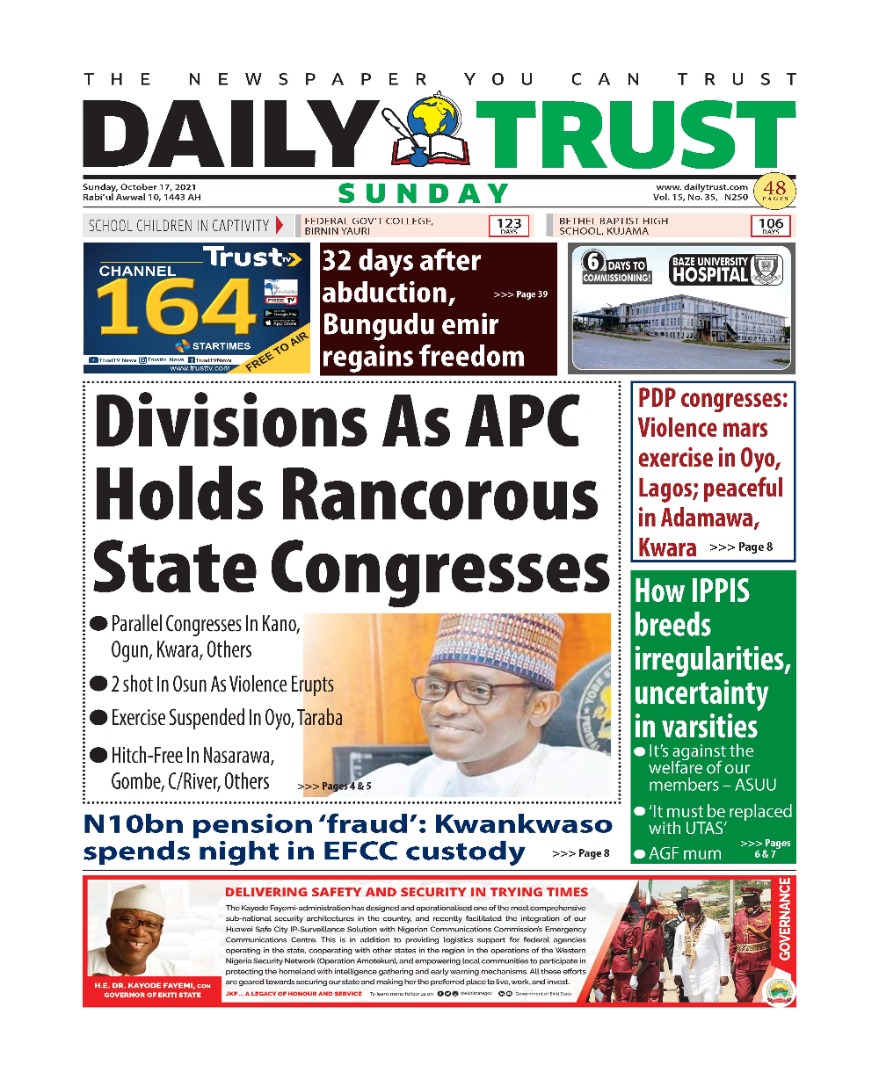 Sunday Sun, reports that Governors, Atiku, others in final battle to grab the PDP structure ahead of the 2023 election. 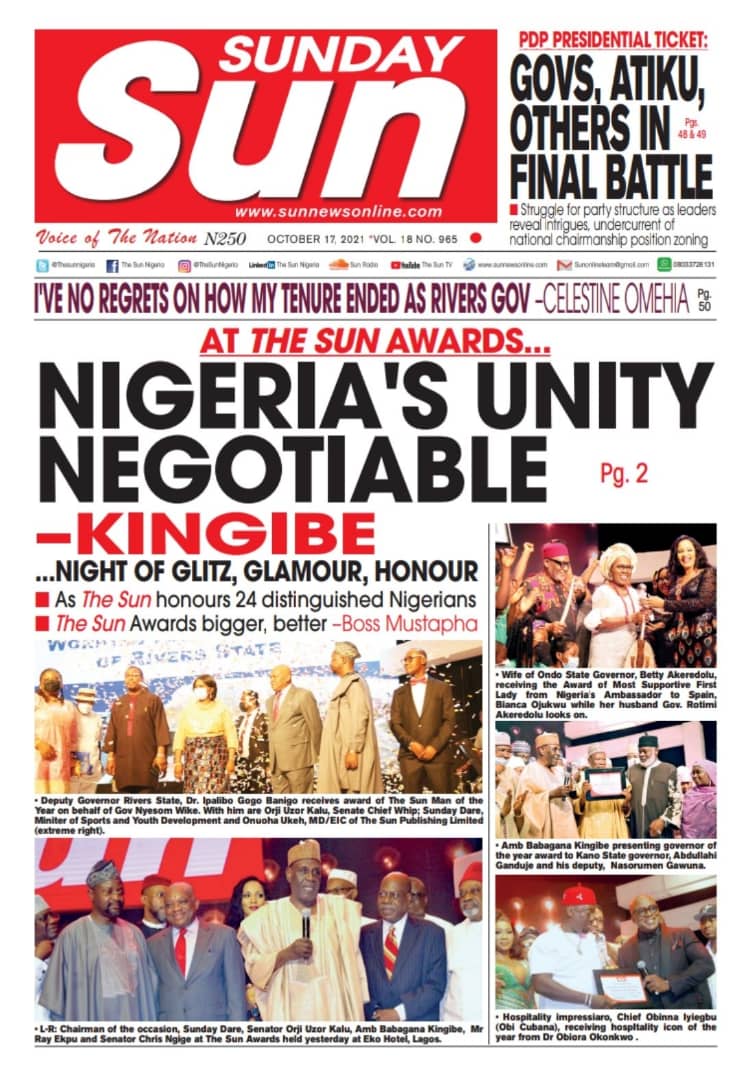 According to Sunday Independent, facts have emerged as to why the Northern bloc of the PDP is rooting for the option to throw open the party’s presidential ticket against the agitation for zon­ing by Southern blocs 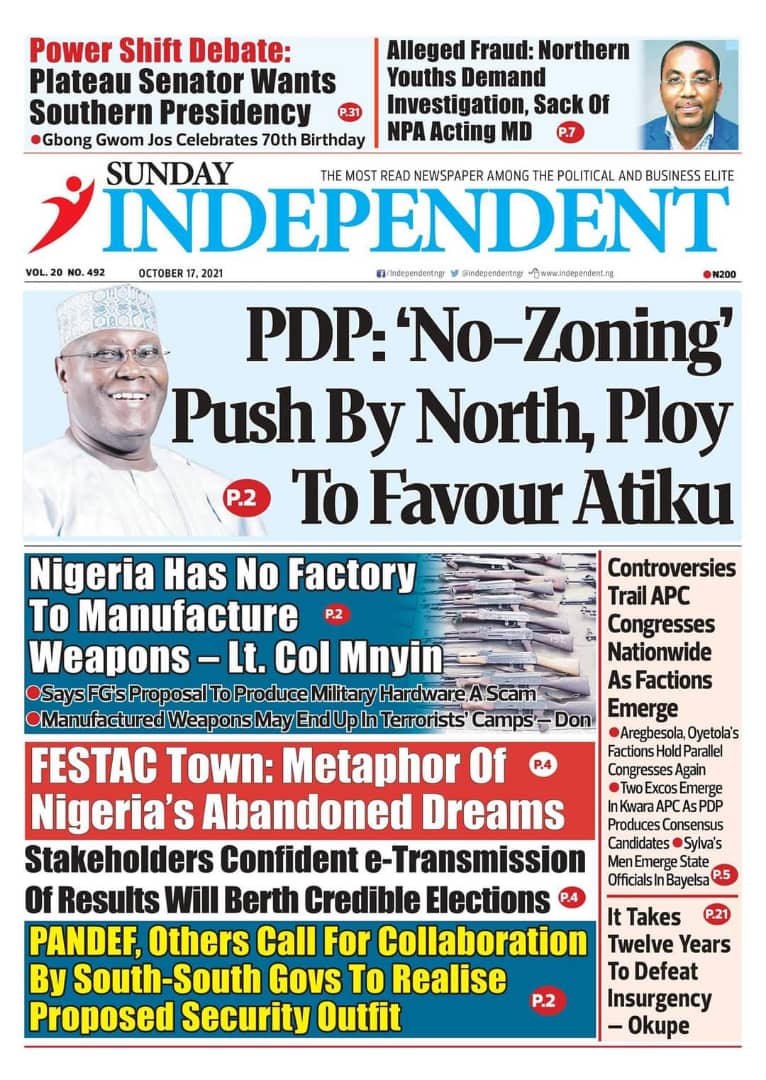 Gunshots and violence reigned supreme as the two major parties in the country, the APC and the PDP held state congresses across the country, Sunday Tribune reports. 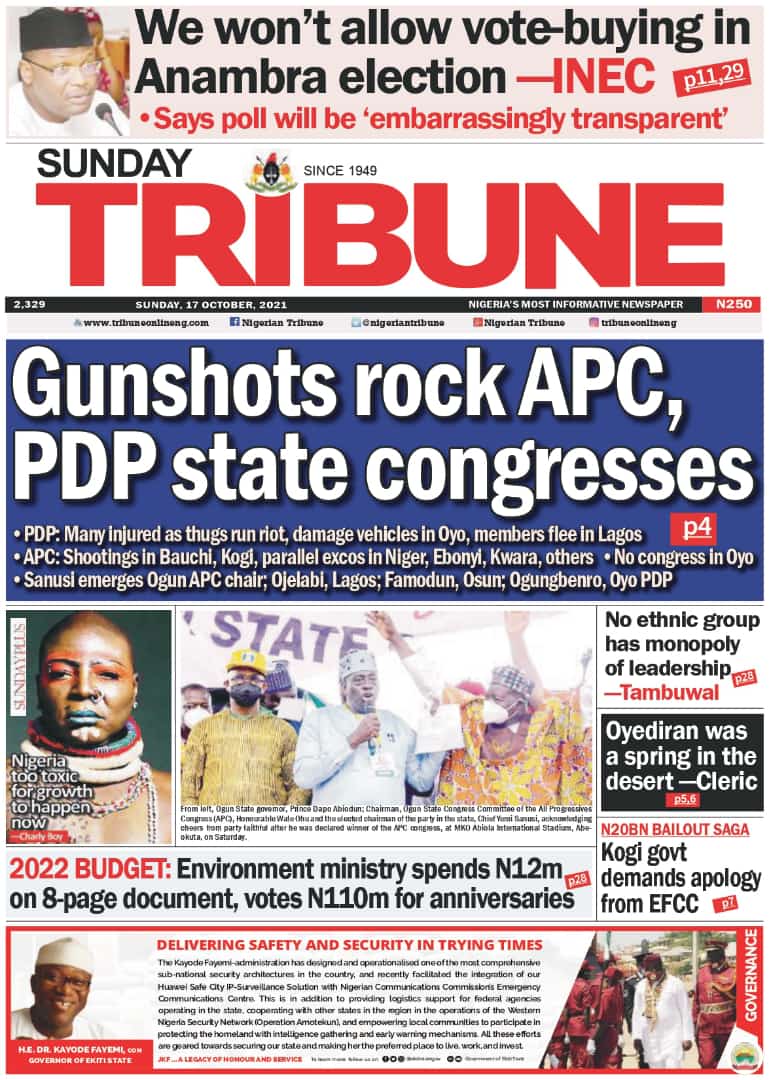