Nigerian professional dancer has revealed the reason she was off Instagram after an audio tape allegedly of Prince Kpokpogri admitting to having s3x with her got leaked.

Recall that on Saturday, October 16 Ezenwoko’s Blog reported that a popular blog released an audio recording of Prince Kpokpogri allegedly admitting to Nigerian actress Merit Gold that he had sexual intercourse with Janemena.

This revelation is coming after Jane slammed Tonto Dikeh with a N500m lawsuit, demanding that Tonto retract the statement claiming that Kpokpogri was in possession of new and old sex tapes of hers.

She also demanded that her retraction be published in four dailies in Nigeria.

However, Tonto insisted that she was not fazed, alleging that the dancer was privately begging her to save her marriage.

After the audio tape got leaked, Jane went silent and refused to post on her Instagram page for a whole day.

However, the dancer later posted a video of her dancing to a song while stating that she has been working.

Jane has continued to post pictures, refusing to speak on the leaked audio. 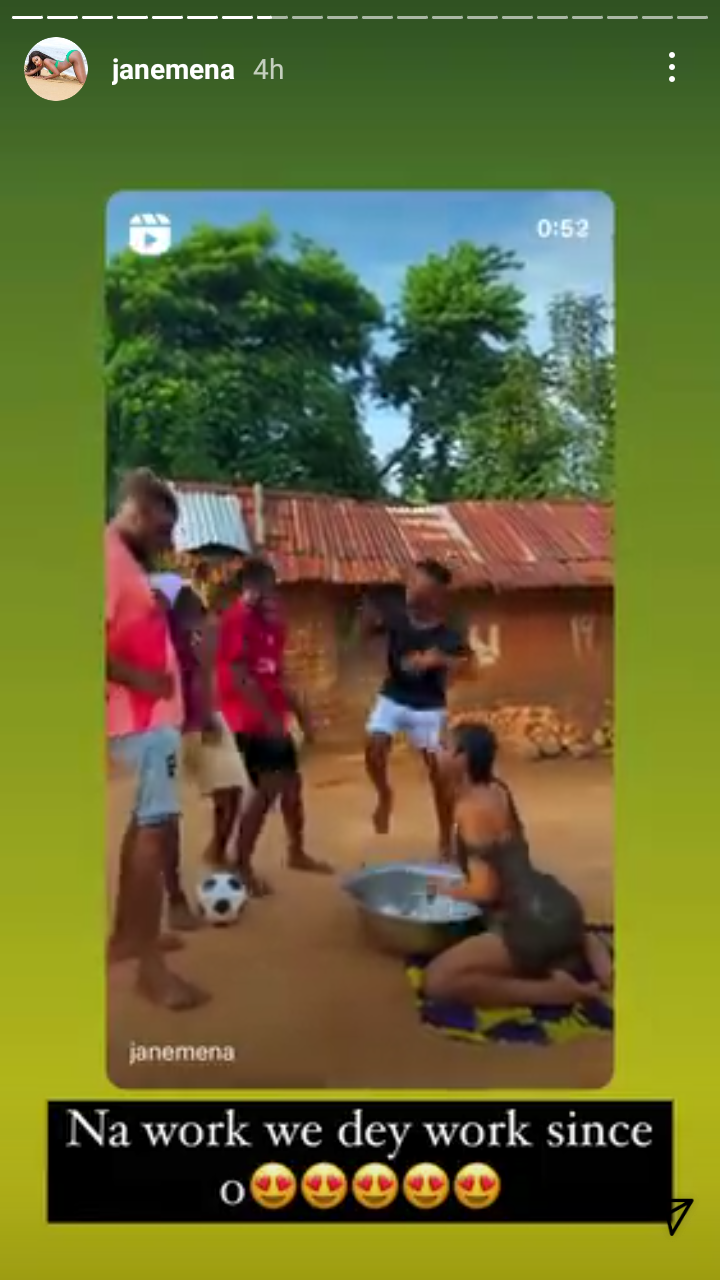