Football Legend, Amokachi Celebrates Daughter As She Becomes A Footballer

Football legend and former Super Eagles Assistant Coach, Daniel Amokachi, has taken to his social media to celebrate his third child, Raya Iman Amokachi who recently ventured into the game of football. 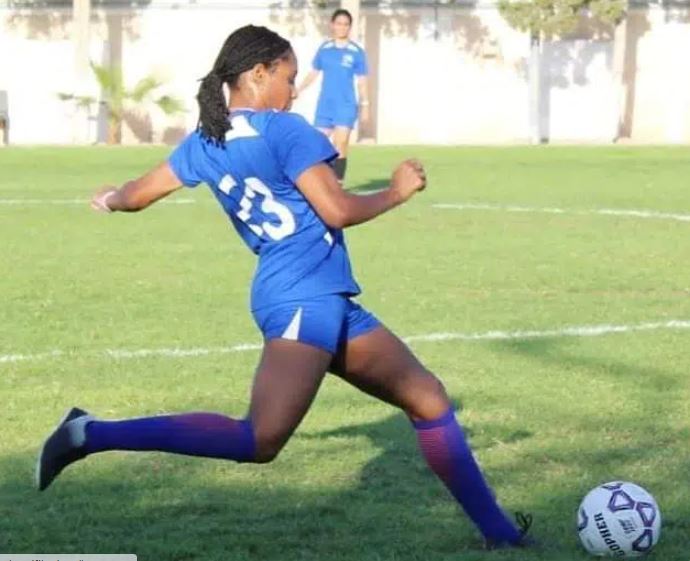 Olympic Gold medalist, Daniel Owefin Amokachi is an  African Cup of Nation winner (1994) and is reputed for scoring the first goal of the UEFA Champions League new format with Club Brugge on 25 November 1992, beating CSKA Moscow 1–0.

The Amokachi clan were first blessed with two sets of boys twins, Kalim and Nazim Amokachi 22-years ago, before Raya Amokachi.

Daniel Amokachi is a well-known name in the football world with all of his children following the footsteps of their father by becoming professional footballers.