Afrobeat musician, Femi Kuti has taken to social media to share an epic throwback photo of his Afrobeat legend father, Fela Anikulapo Kuti in celebration of his posthumous birthday.

In his remembrance, Femi Anikulapo Kuti, the late music icon’s first son, via his Instagram on Friday shared a throwback photo of his late father, saying the family misses him. 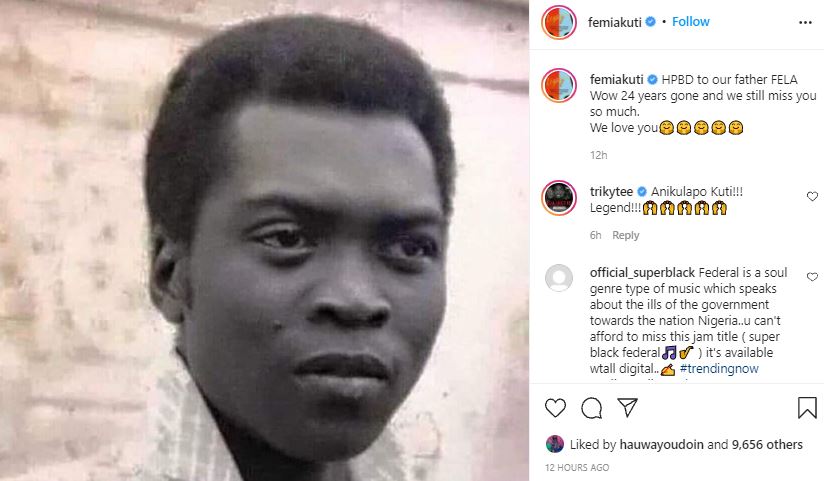 Fela Kuti, who was known for his Afrobeat style of music, created the foundation on which many Nigerian modern-day singers like Wizkid, Burna Boy, among others, are building on as they also pay homage to him in return.