Popular Nollywood actress, Tonto Dikeh has responded to the lawsuit filed by dancer Janemena against her.

Ezenwoko’s Blog had earlier reported that Janemena filed a lawsuit before the Nigerian police against the Nollywood actress on the grounds of cyberstalking and criminal defamation of her character.

The petition which was written on behalf of her solicitors Rockson Igelige, of Felix, Igelige & Associates claimed that Tonto’s allegation insinuated that Janemena and Tonto Dikeh’s ex, Prince Kpokpogri, were still having a sexual relationship even after marriage and that Kpokpogri is in possession of her sex tapes which he plans to use against her later.

She also said in the suit that Tonto’s allegation meant that she was distributing her sex tapes to anyone who cares to have them.

The dancer said that Tonto’s revelation had cost her a lot and in return she wanted the Nollywood actress to retract her statement on her social media handles and the retraction has to be published in four national dailies in Nigeria.

She also demanded the sum of five hundred million naira as exemplary damages for the malicious publication.

In response to the lawsuit, Tonto made a post via her Instagram handle stating that the sex tape truly exists and Janemena can’t be begging her to save her marriage, while also threatening to sue her. 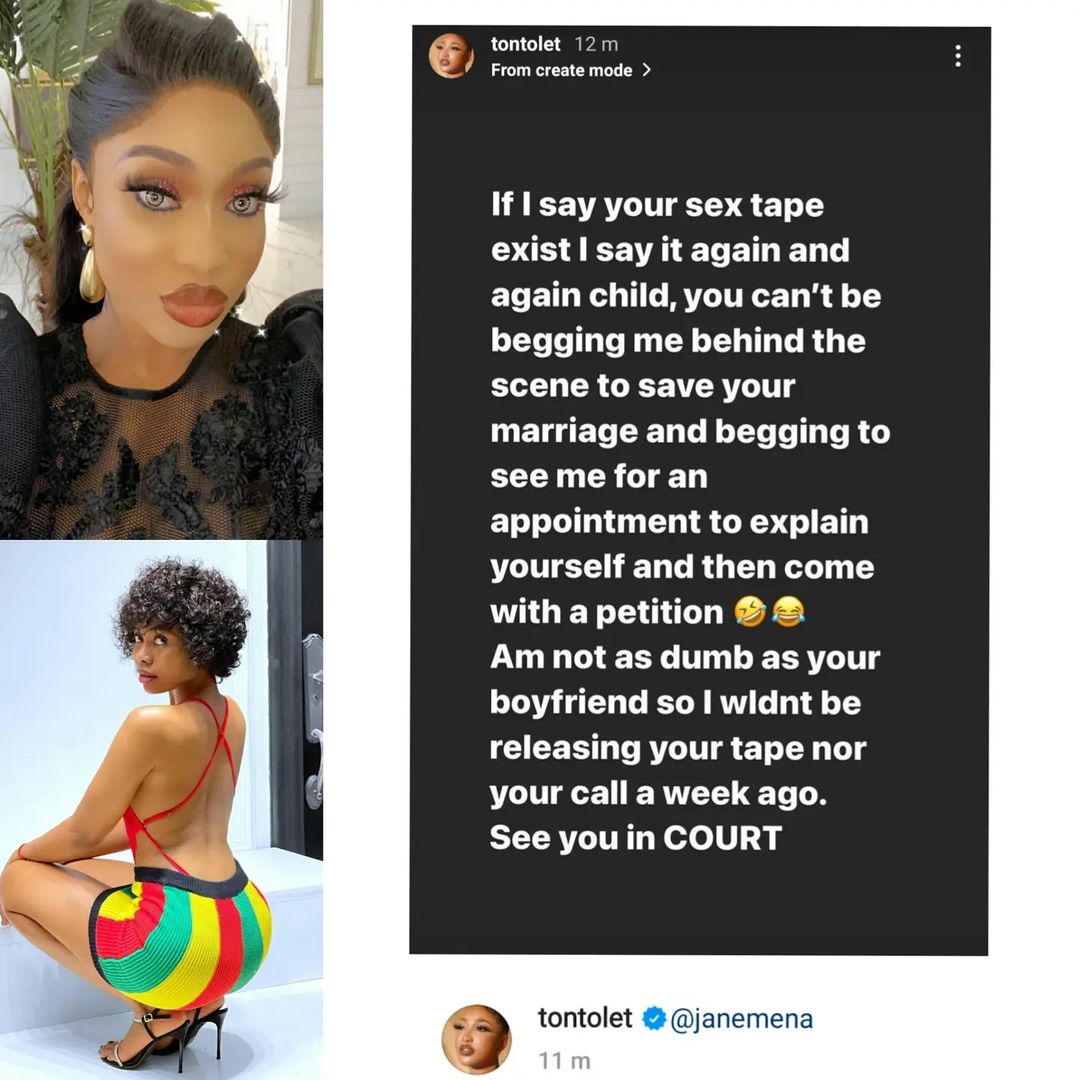