Ezenwoko’s Blog looks at the top happenings making headlines on the front pages of newspapers in the United Kingdom today Monday, 18 October 2021.

Companies sponsoring the COP26 have blamed inexperienced civil servants for delayed decision and breakdown in relations between organisers and firm, The Guardian reports. 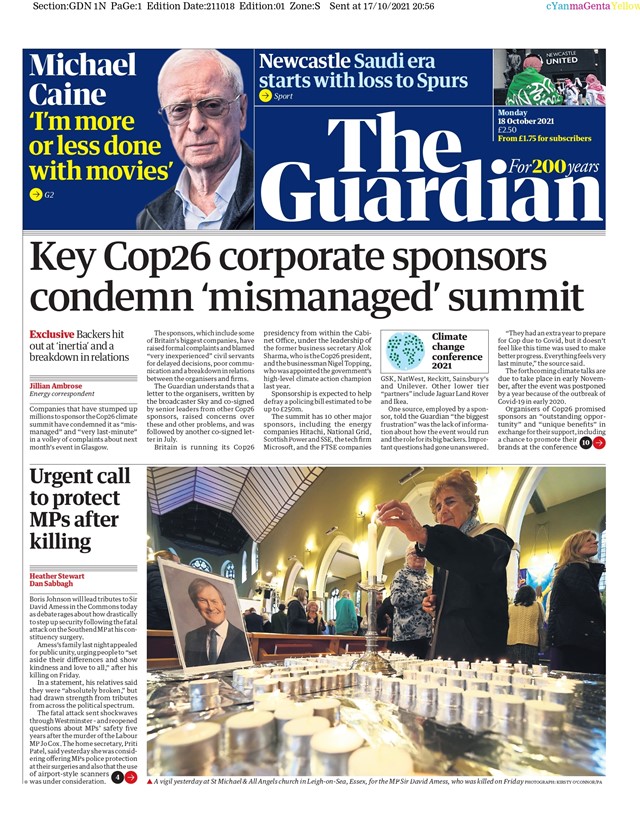 According to the Daily Mail, Sir David Amess’ killer was such a concern he was sent on anti-terror mentoring programme. 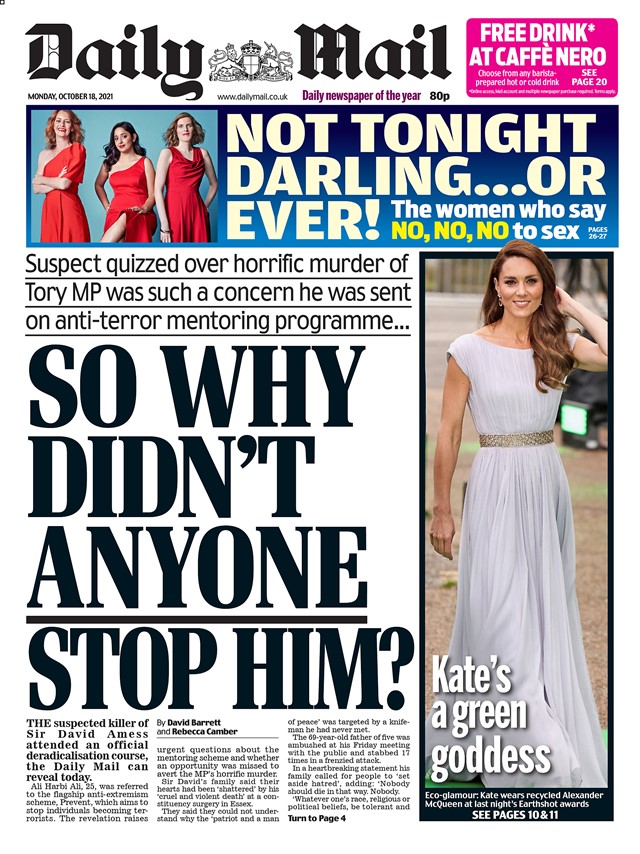 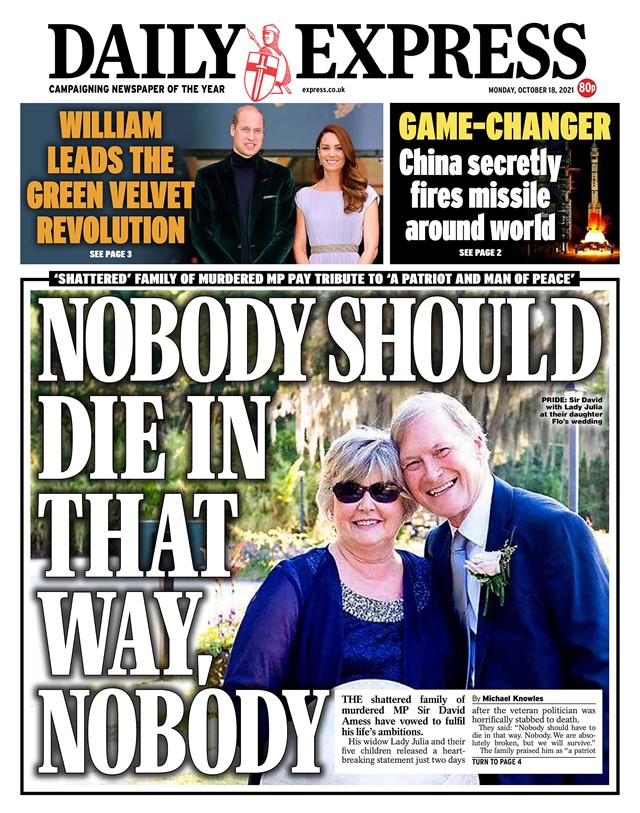 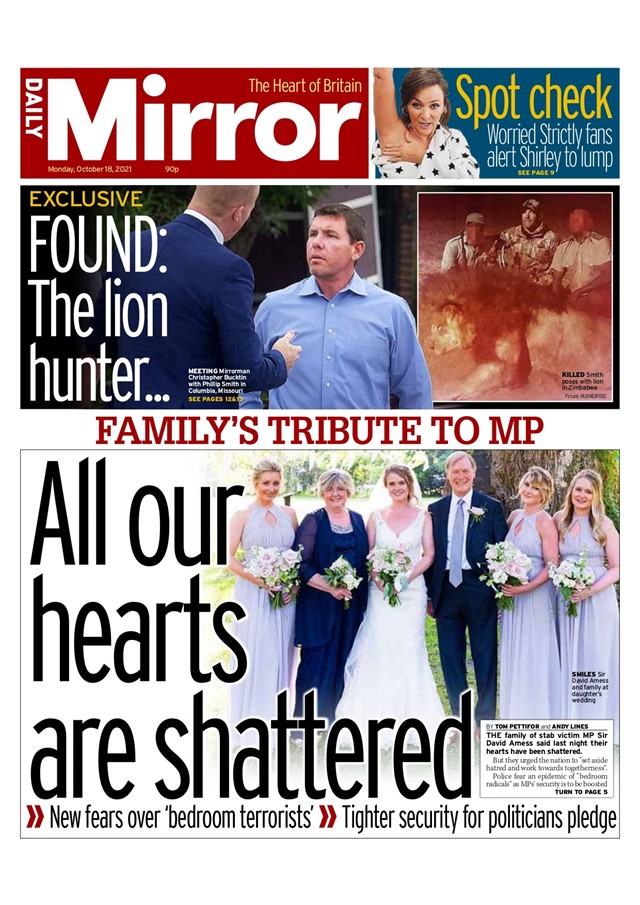 A national shortage of bouncers at nightclubs takes the front page of the Daily Star this Monday. 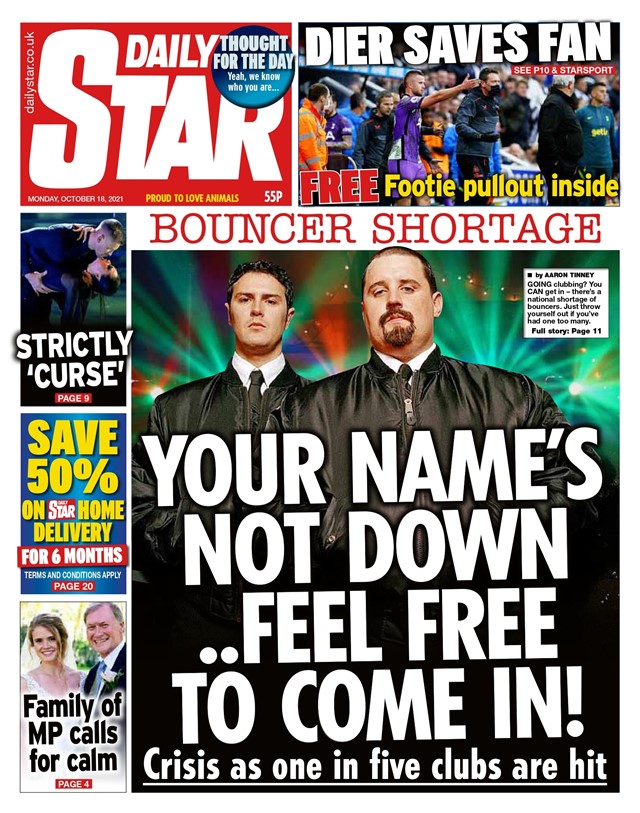 According to The Times, police are looking into between Qatar and murdered MP Sir David Amess. 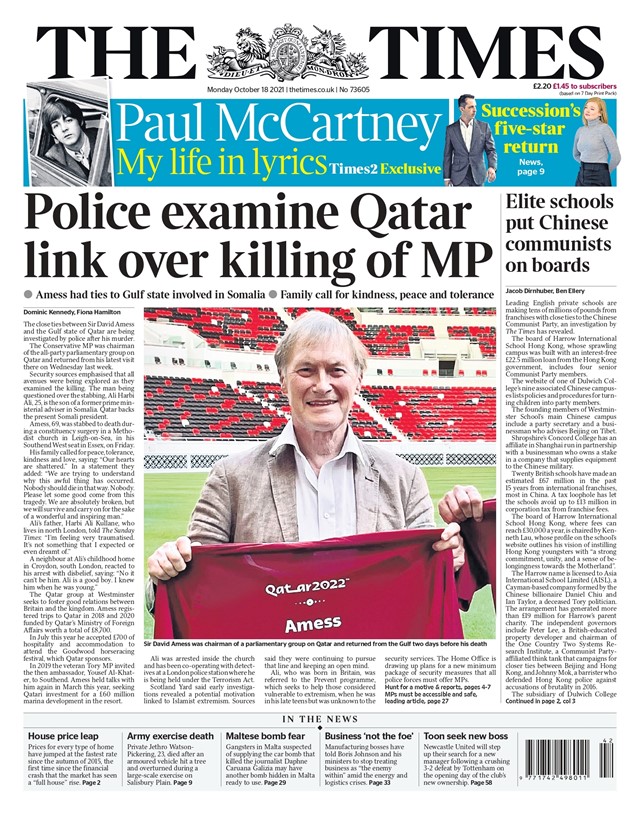 According to The Daily Telegraph, Intelligence agencies warned ministers against terror attacks. 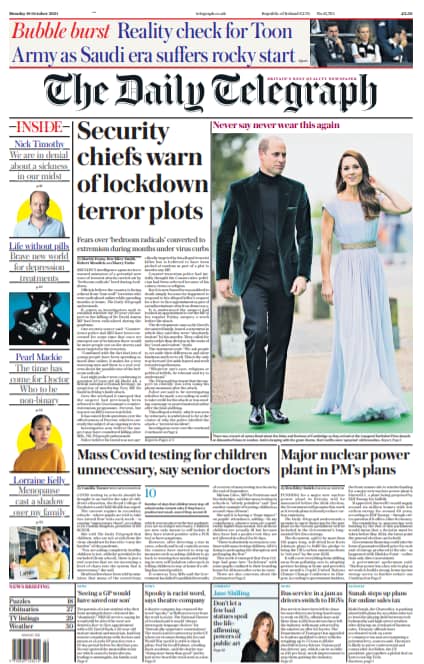 Metro reports that following the killing of MP Sir David Amess, his family has penned an emotional message saying they are ‘broken’ by his death. 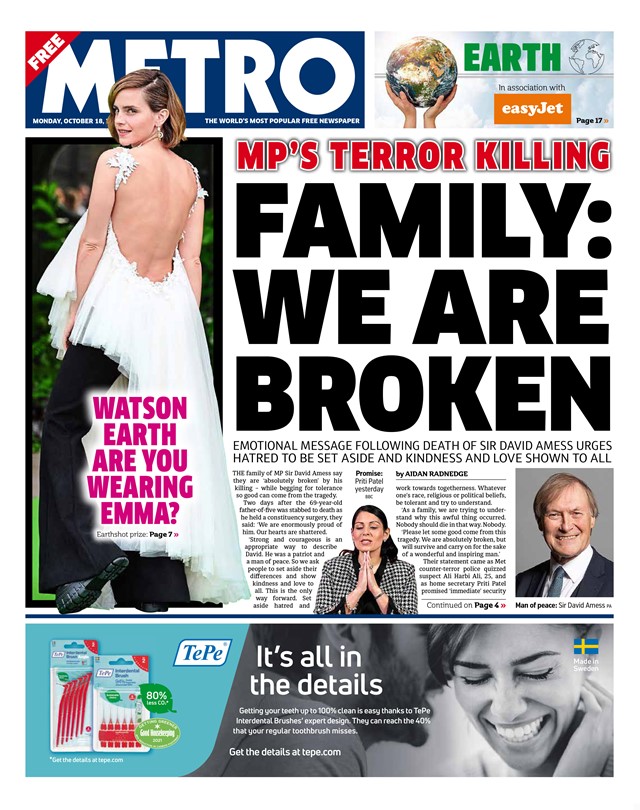 According to The Independent, Minister’s failed to act on recommendations for tackling extremism in the UK. 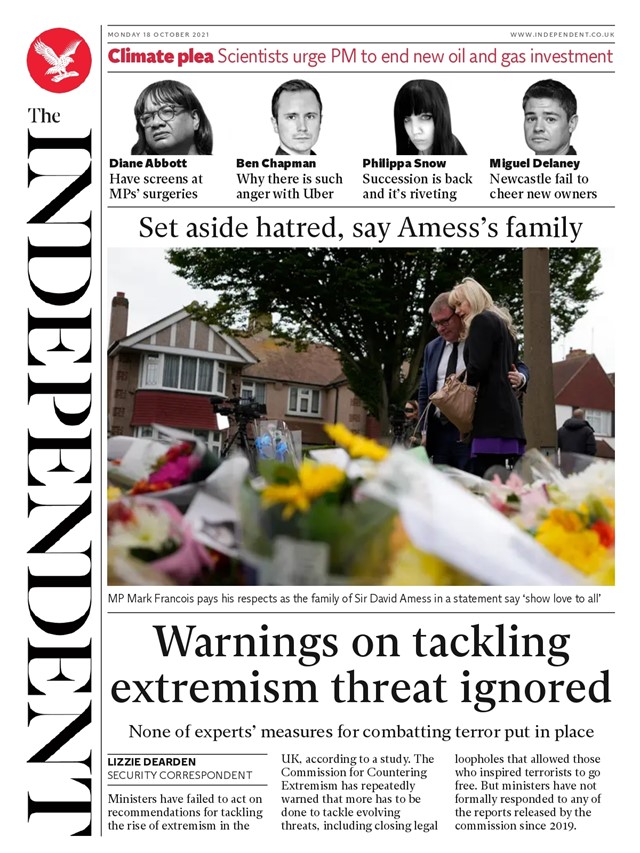