Reno Omokri Shares Rare Photo Of Sound Sultan During Protest, Says It Should Be Put On Nigeria’s Stamp

Ezenwoko’s Blog reports that today marks a year of the nationwide protest that later resulted in bloodshed at the Lekki Toll Gate in Lagos State and other parts of the country.

Amongst the thousands of youths who participated in the nationwide protest against police brutality is late Nigerian singer, Sound Sultan who died of throat cancer on Sunday 11 July, 2021.

According to the author, the singer knew about his health conditions yet sacrificed his comfort to fight for the common man.

He also added that the singer’s photo should be on the Nigeria’s stamp.

Sharing the photo, he wrote; “And to think that Sound Sultan knew about his health condition, yet he sacrificed his comfort to fight for the common man. What an uncommon man.

“Buhari was sick and he ran to London for 6 months. In a similar situation, this young man chose to associate with the people.

“Whenever a sane regime rises to power, this photo should be put on Nigeria’s stamp.” 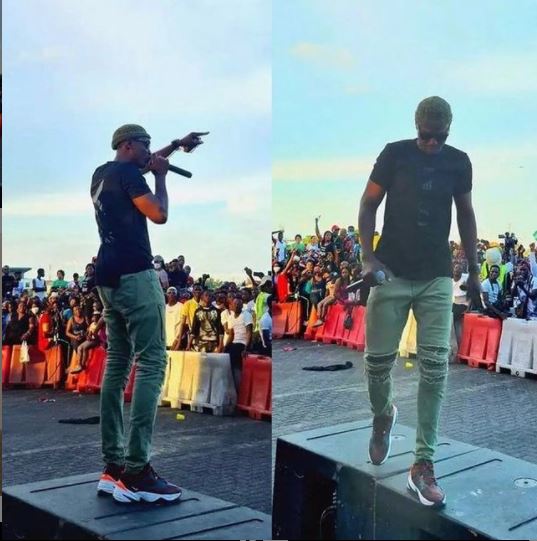