The Federal Government, The PUNCH reports, has begun the process for the valuation of property belonging to several politically exposed persons, including the embattled former Minister of Petroleum Resources, Diezani Alison-Madueke 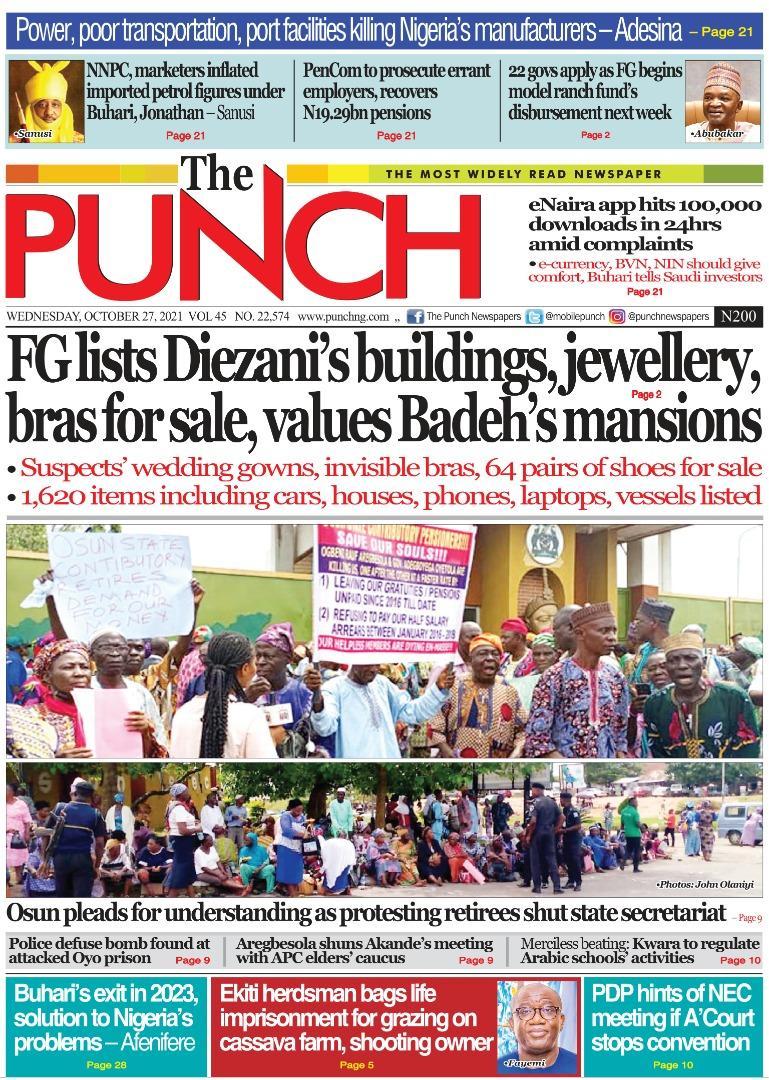 According to The Guardian, Nigeria’s capacity to take advantage of a weakened currency to boost its revenue profile and bridge gaps in balance of trade remains undermined by lingering domestic challenges. 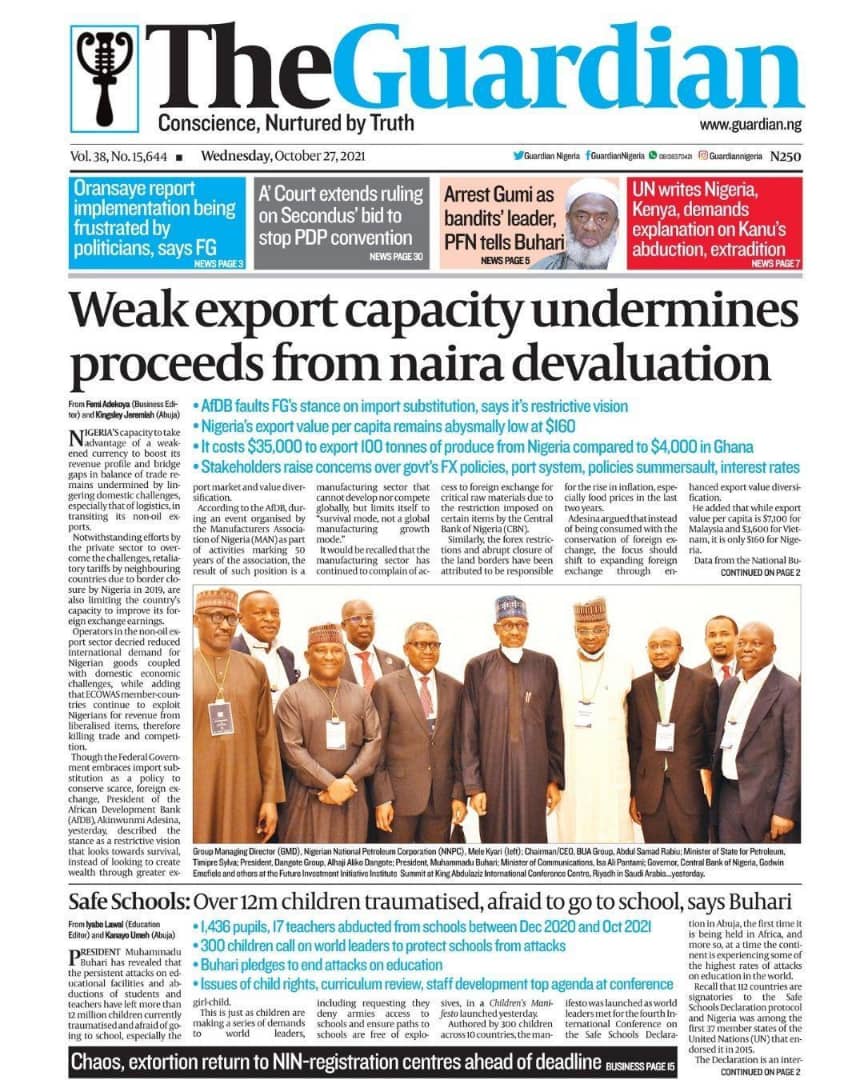 The major ethnic groups have given Sheikh Ahmed Gumi hard knocks for opposing the declaration of bandits as terrorists on the ground that doing so could cause holy war and worsen Nigeria’s insecurity, Vanguard says. 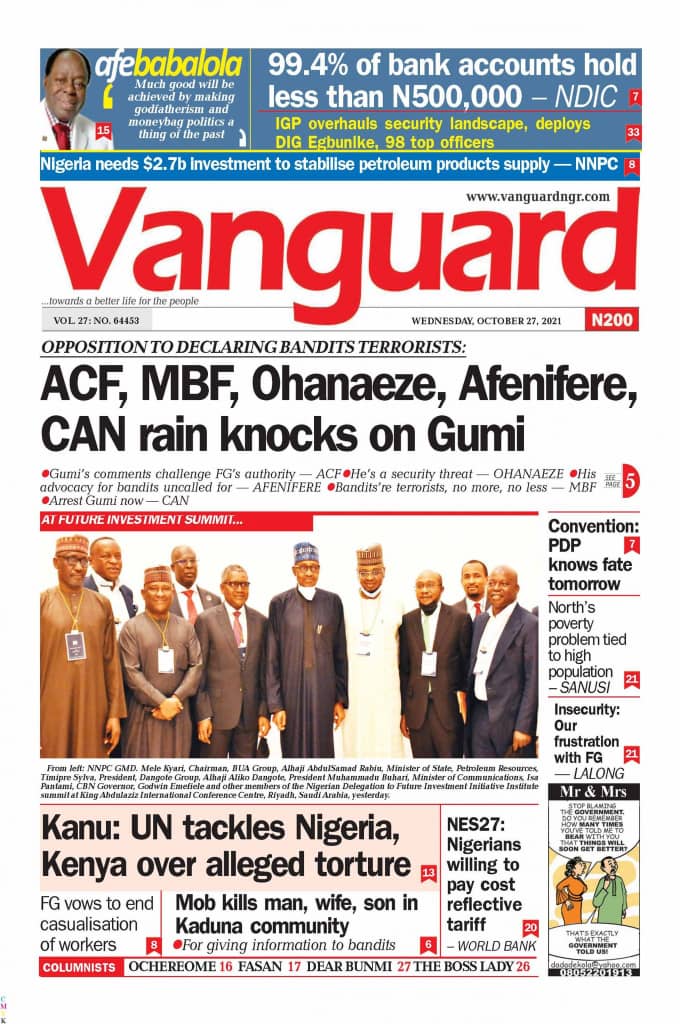 According to The Nation, unless there is a quick resolution of the row between the Federal Government and states over deductions from the Federation Account, many states may not be able to pay salary this month. 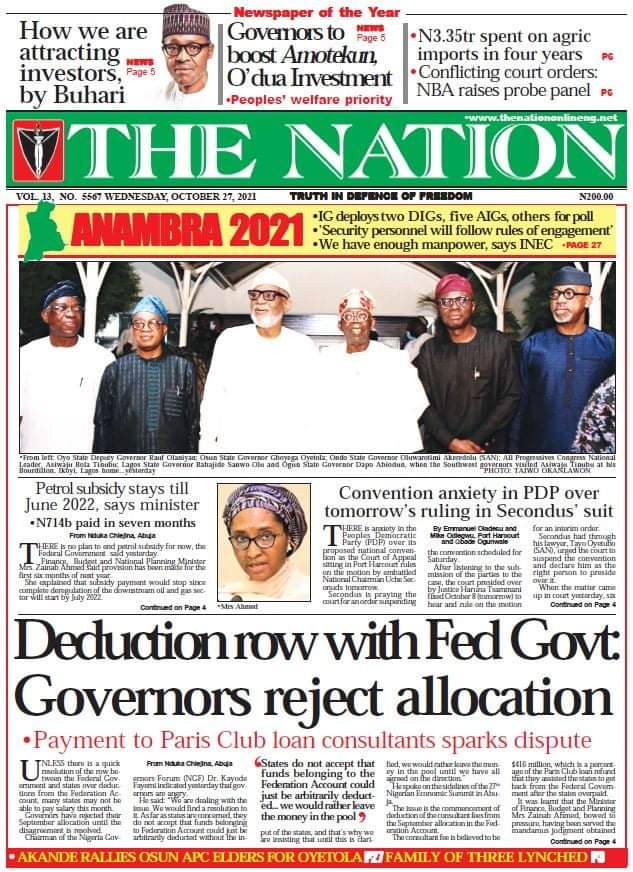 President Buhari has called on world leaders and investors to devote more energy to the advancement of humane policies and practices that would guarantee global peace and stability, ThisDay says. 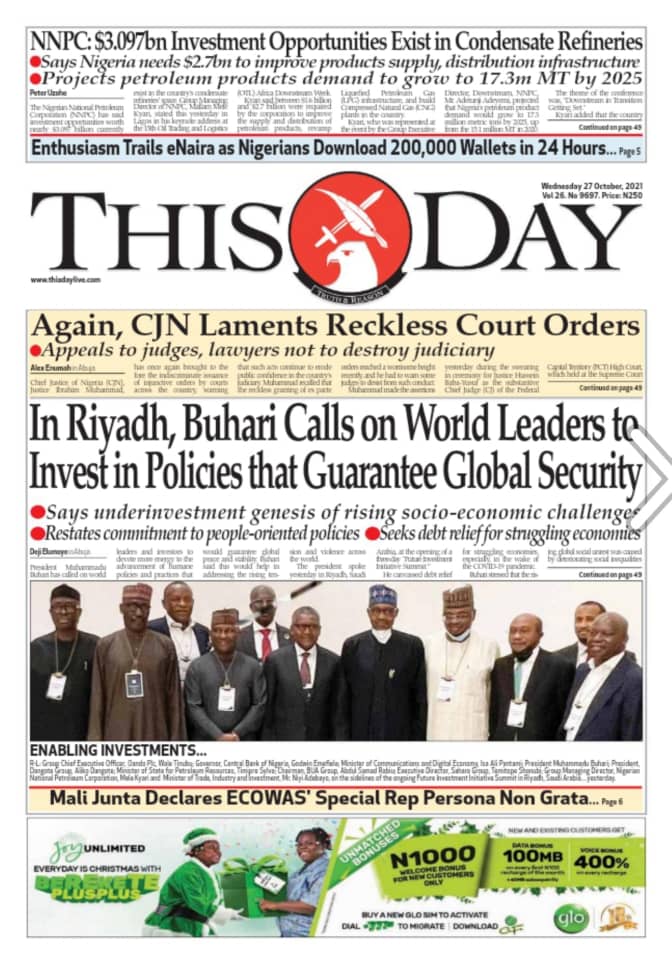 Daily Sun leads with Dr. Bukola Saraki saying that despite the fact that the PDP has zoned its national chairmanship to the North Central, it will not prevent any qualified aspirant from any zone from contesting in 2023. 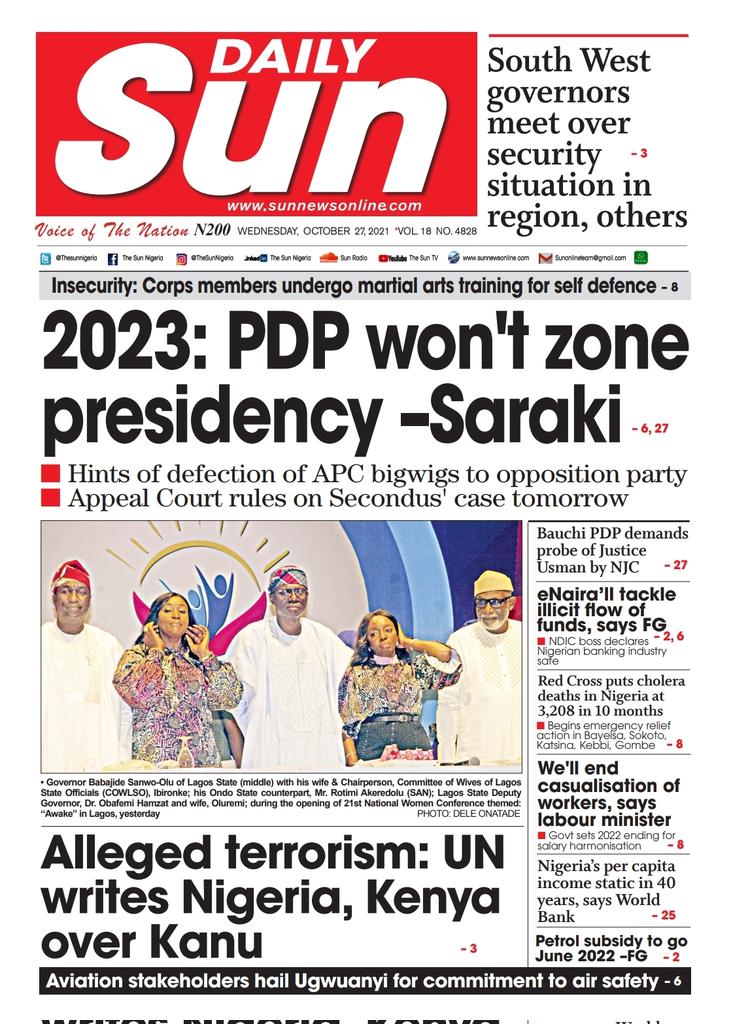 The Court of Appeal has reserved ruling on a motion filed by Prince Uche Secondus praying the court to order the suspension of the party’s convention slated for Saturday, Nigerian Tribune reports. 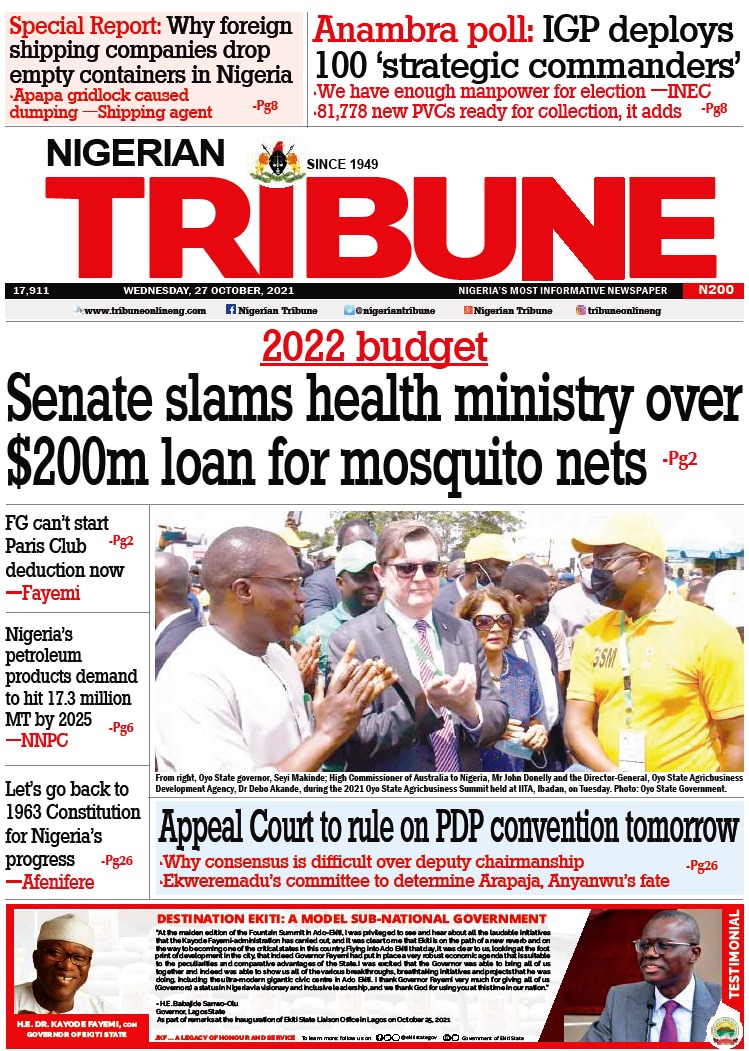 Bandits operating in the eastern part of Sokoto State have imposed levies on the locals to pay before next Friday or risk attack, Daily Trust report 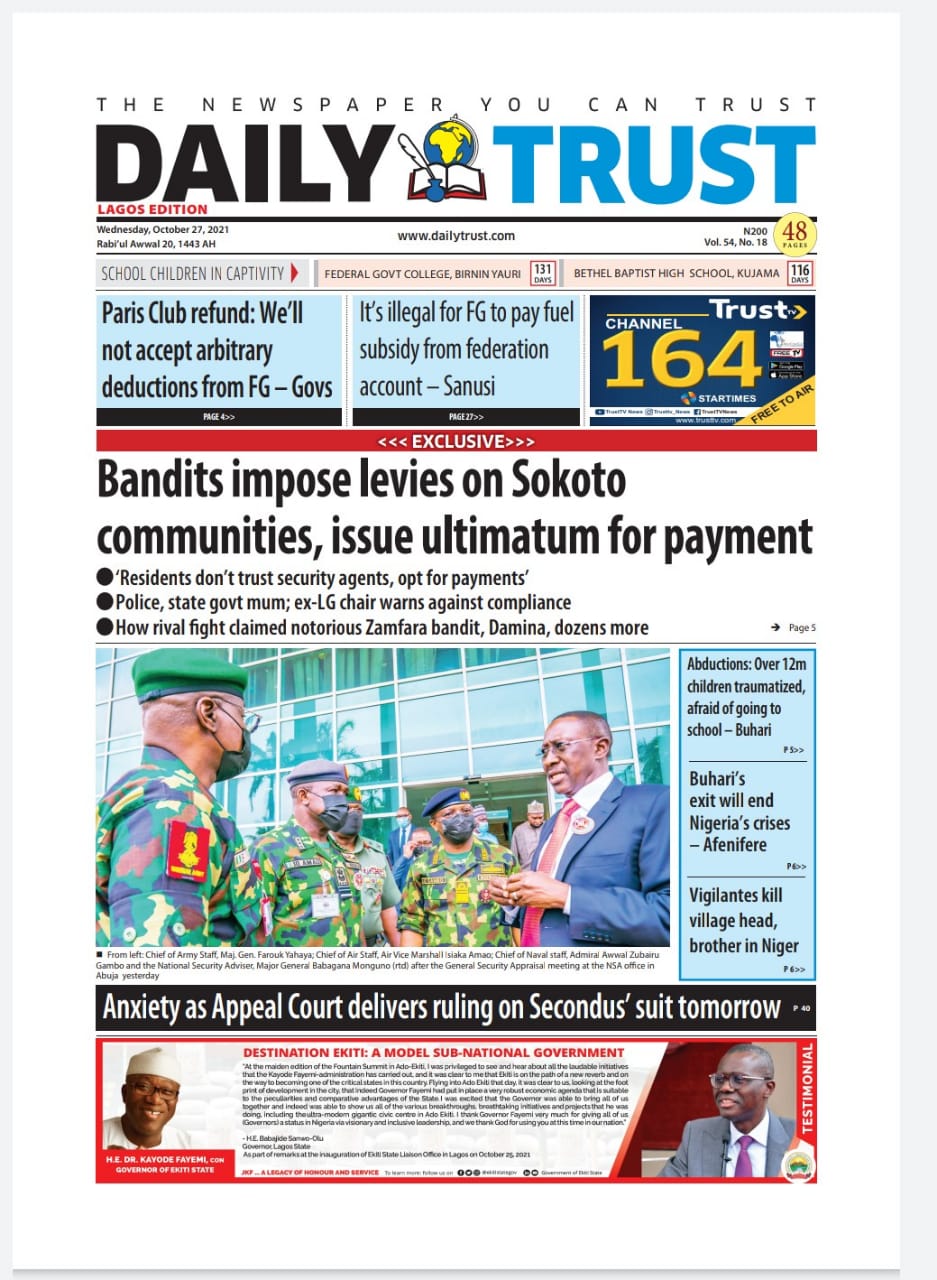 As Uche Sec­ondus, erstwhile National Chairman of the PDP, battles to stop the national convention of the party slated for October 30 and 31, Hon. Yari Danjuma, a chairmanship aspirant, has filed a suit asking the court to restrain the party from con­ducting the convention, Daily Independent reports. 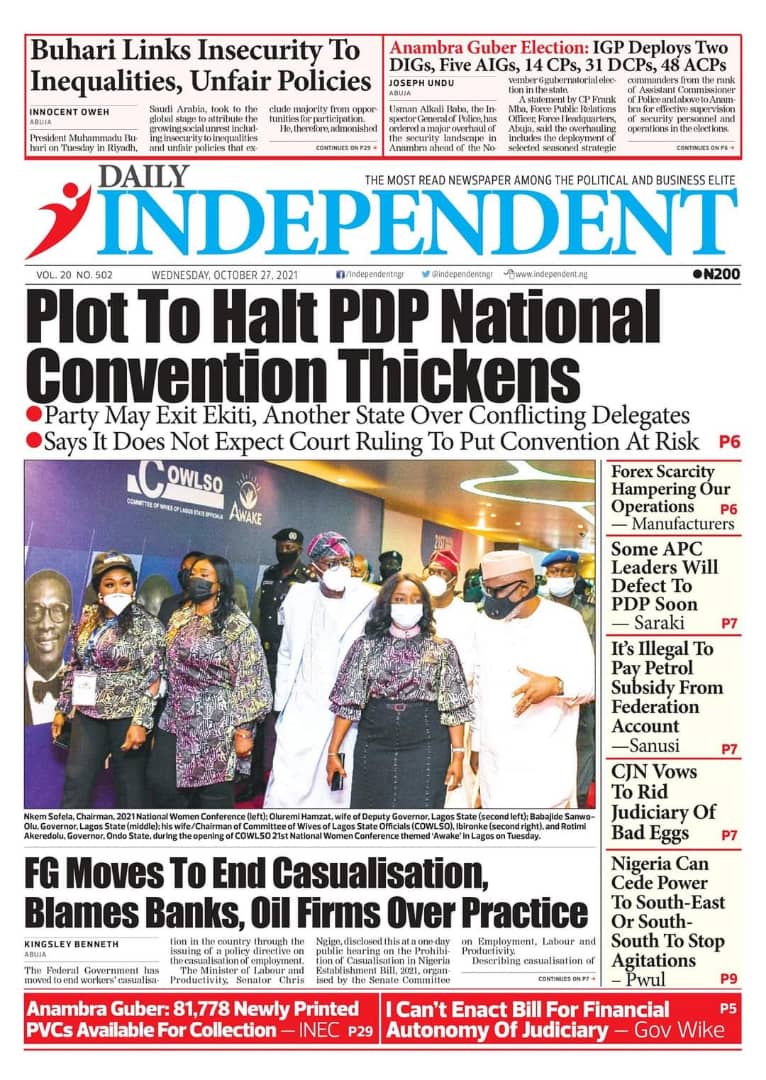 Speaking in Saudi Arabia, President Buhari has stated that eNaira, BVN, TSA and NIN should give investors comfort. The Daily Times says. 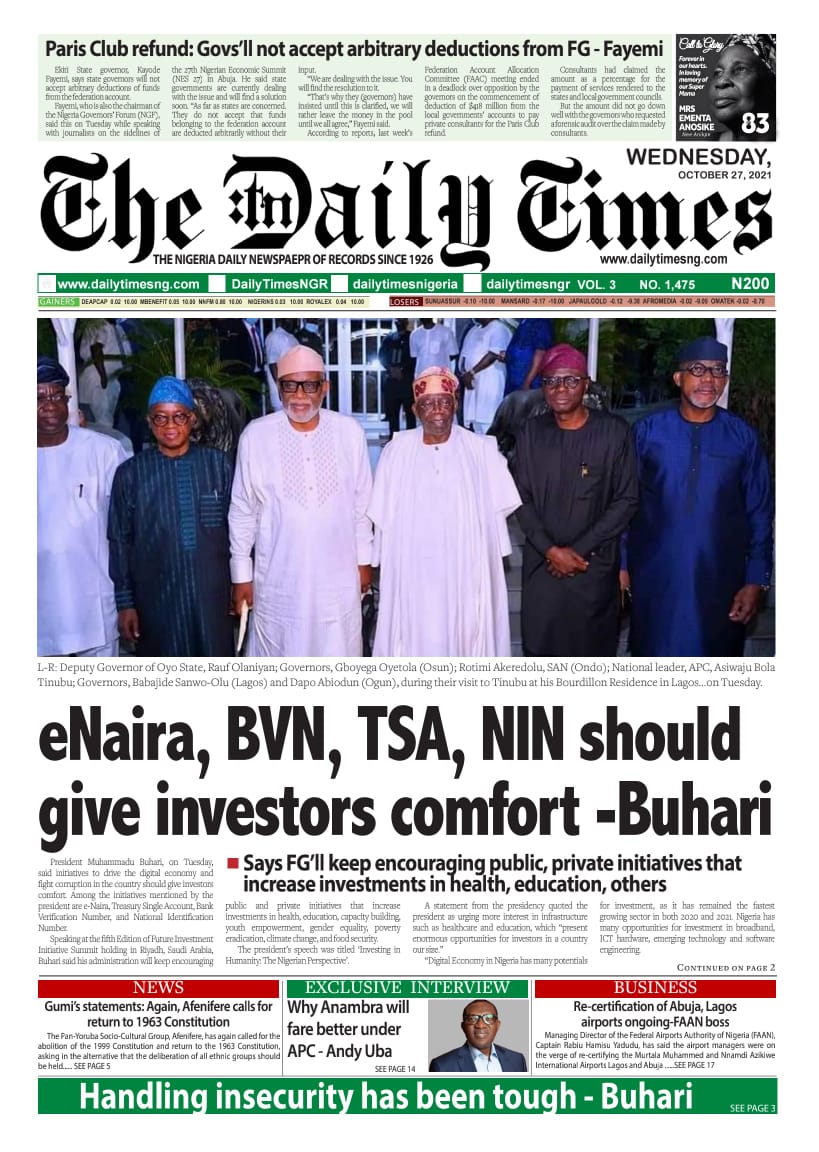