According to The PUNCH, activists are set to go ahead with their protest despite heavy police presence at the Lekki Toll Gate and other area. 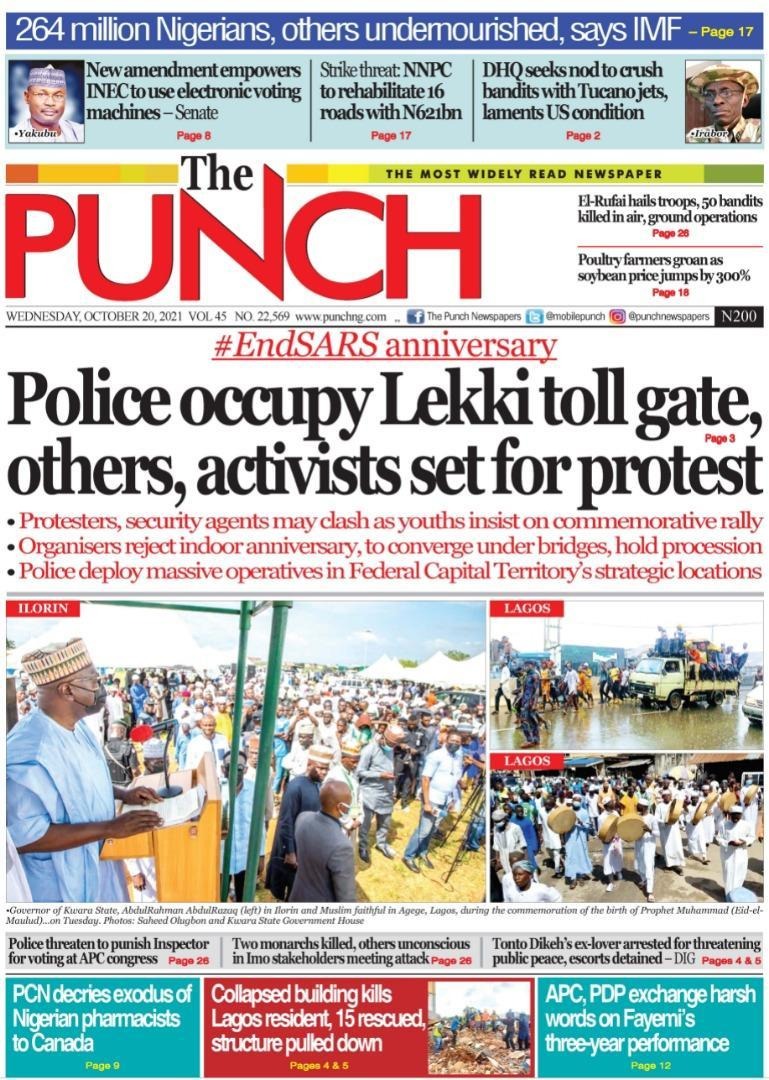 The Guardian leads with the #EndSARS protest set to hold today to mark the one year memorial of the Lekki Tollgate shooting. 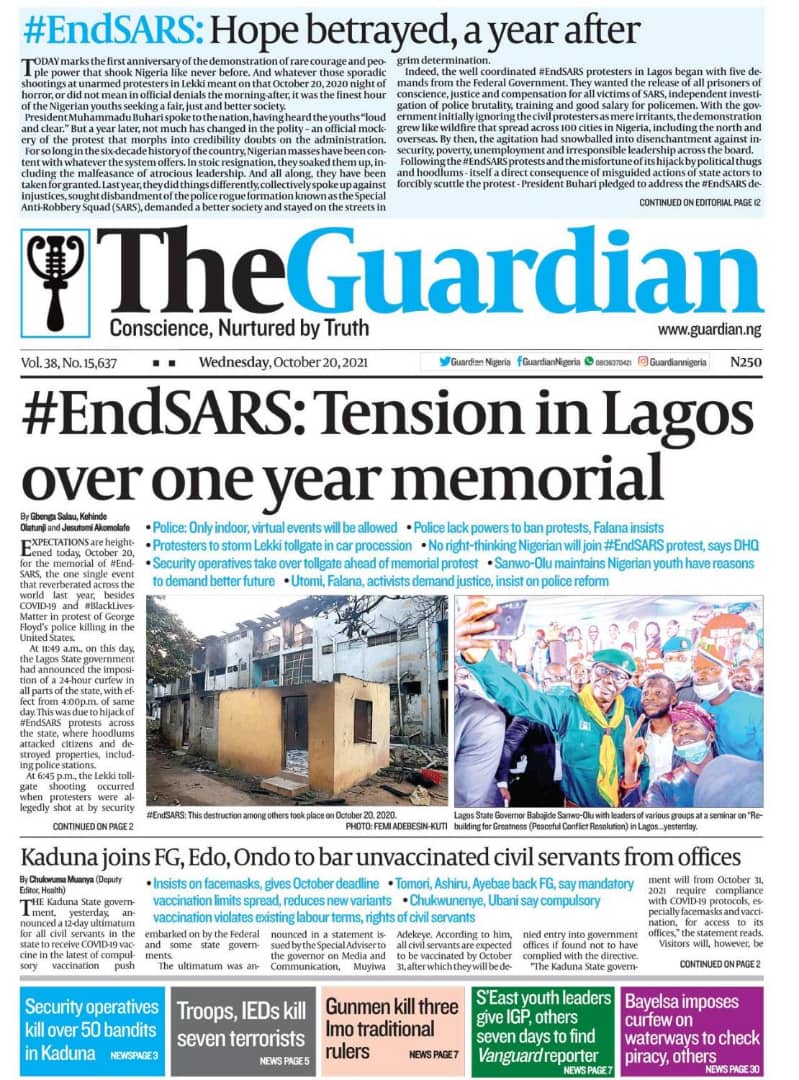 At the top right corner of Nigerian Tribune, Gunmen kill two during invasion of traditional rulers meeting in Imo. 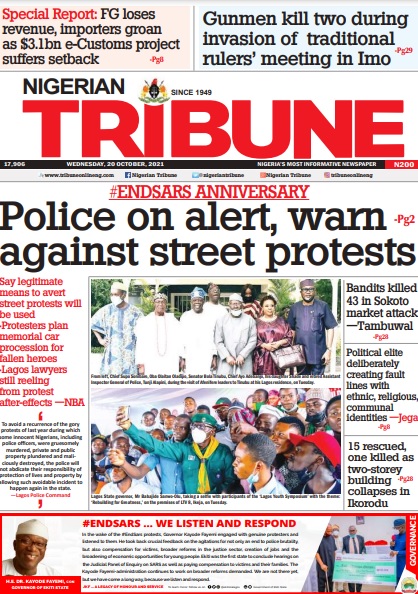 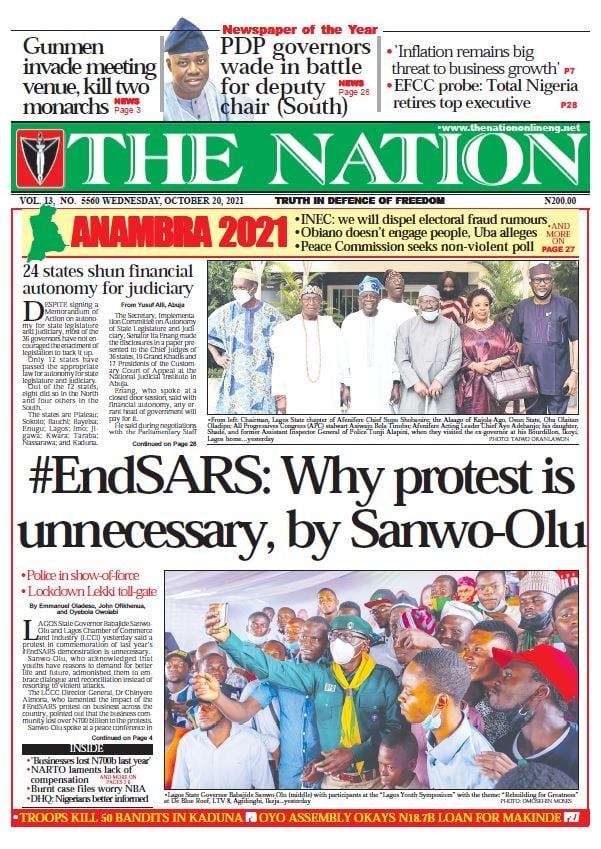 As the nation gear up for EndSARS memorial protest, Lagos and Osun police have kicked against the protests, Daily Sun reports. 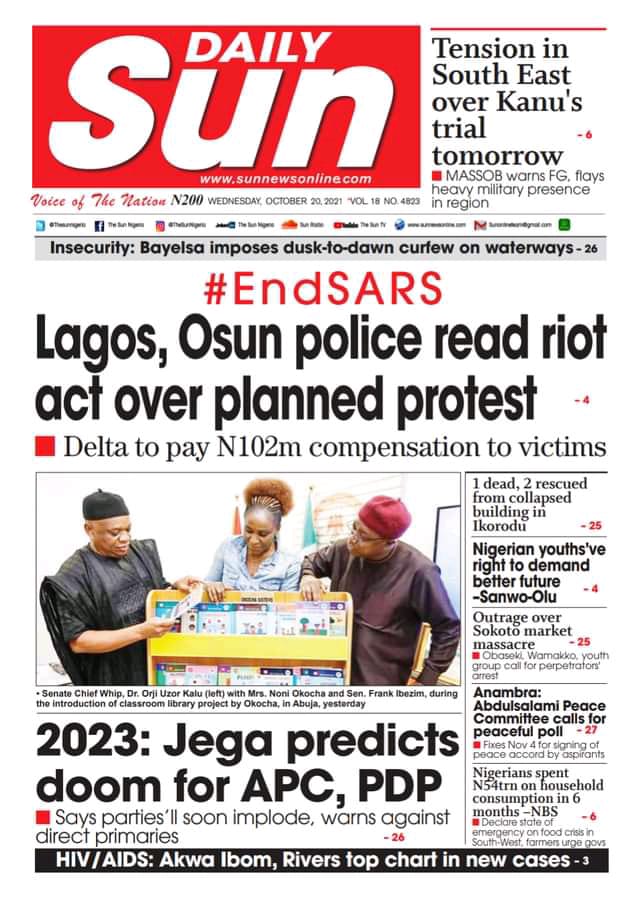 Daily Trust has revealed that fresh facts are emerging about the 3,050 megawatts (MW) MHP in Taraba State as residents accuse authorities of extortion with a promise of compensation ahead of relocating them. 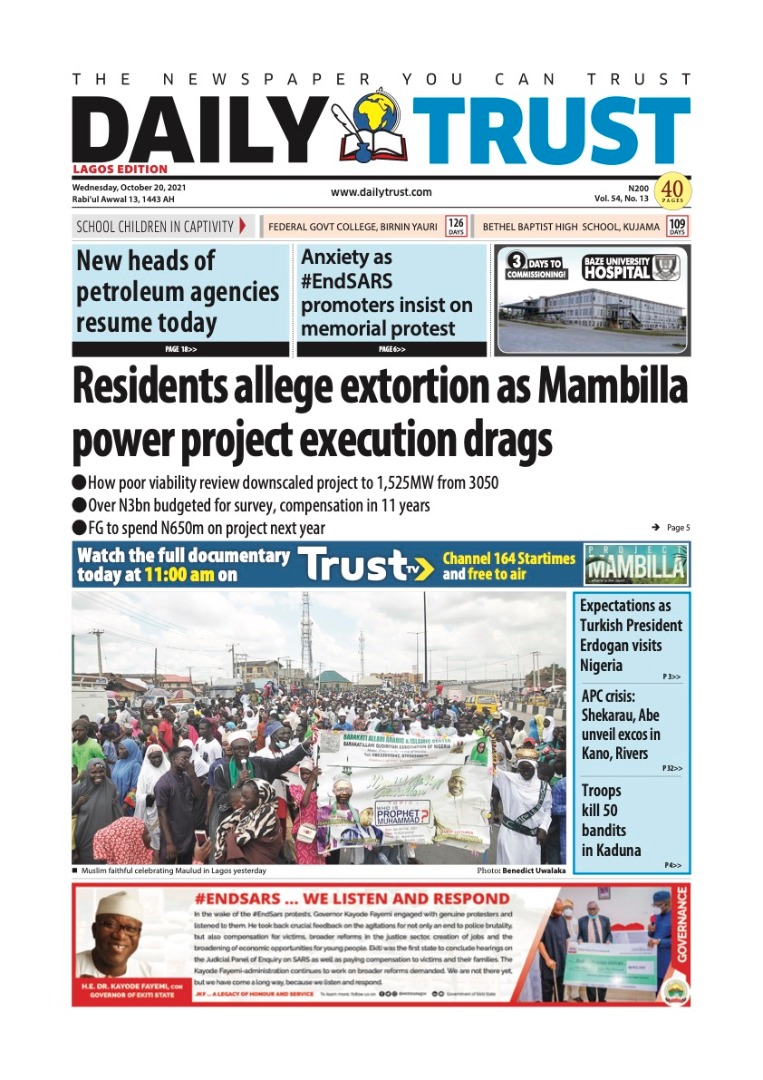 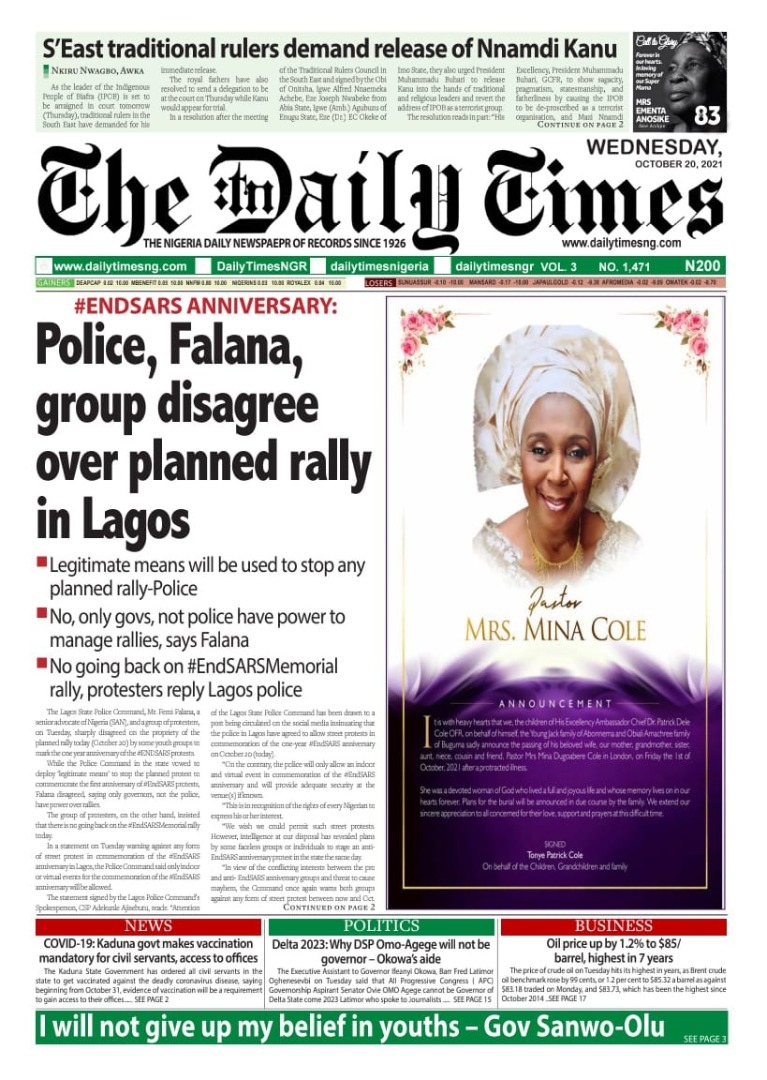 Blueprint leads with the gruesome killing of at least two traditional rulers during a meeting in Imo State. 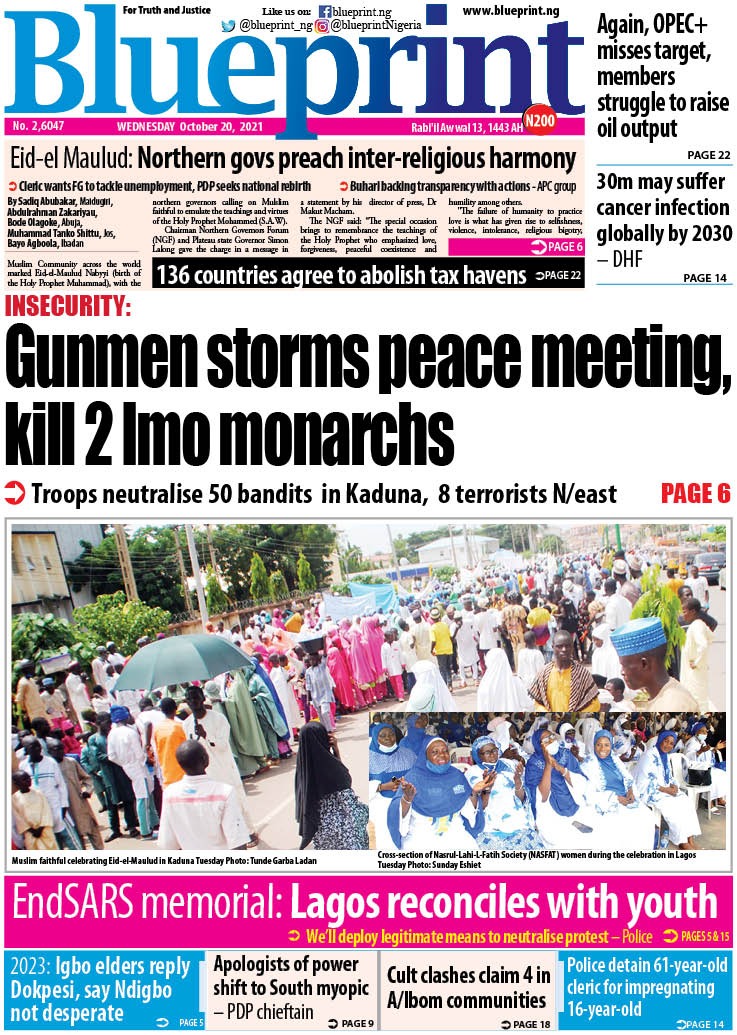 In a boost to the war against insecurity, Nigerian News Direct reveals that security forces kill scores of Boko Haram, bandits in Borno and Kaduna. 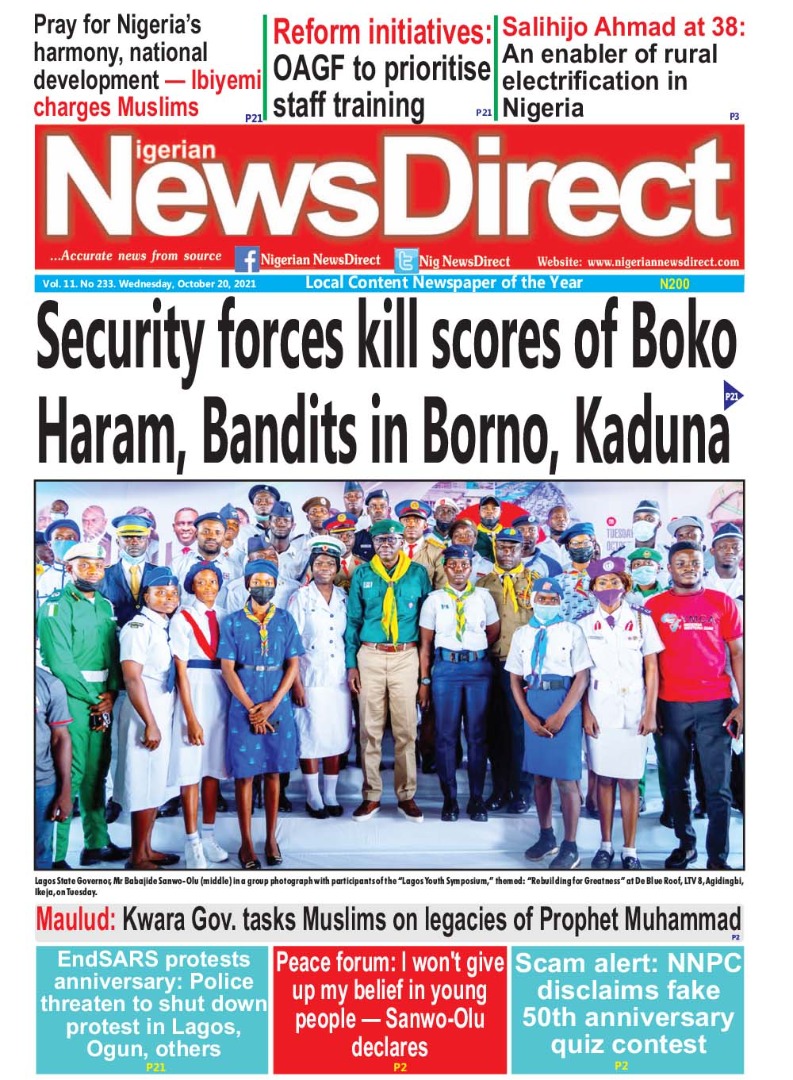