APC to back state governors and reject outcome of parallel Congress which may see top ministers and senators lose out, according to The PUNCH 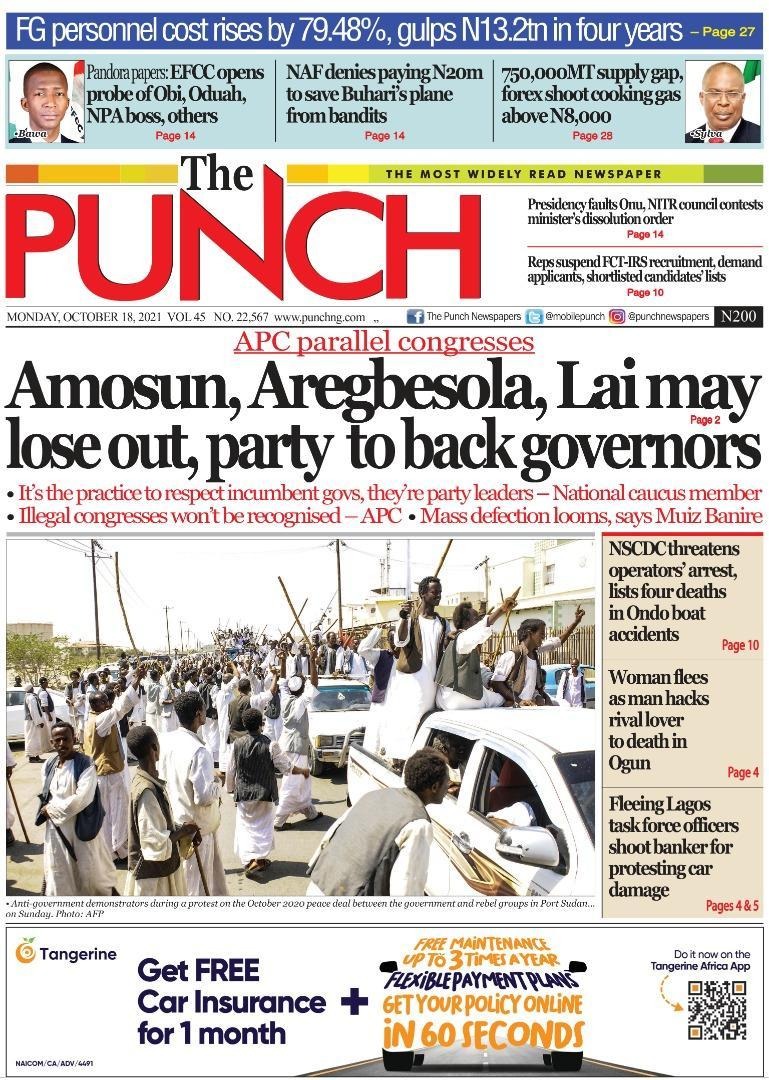 The Guardian reports that the Federal Government appears to be haunted by worries of social resistance in implementing certain policies that can reduce its dependence on borrowing and expenditure on subsidies. 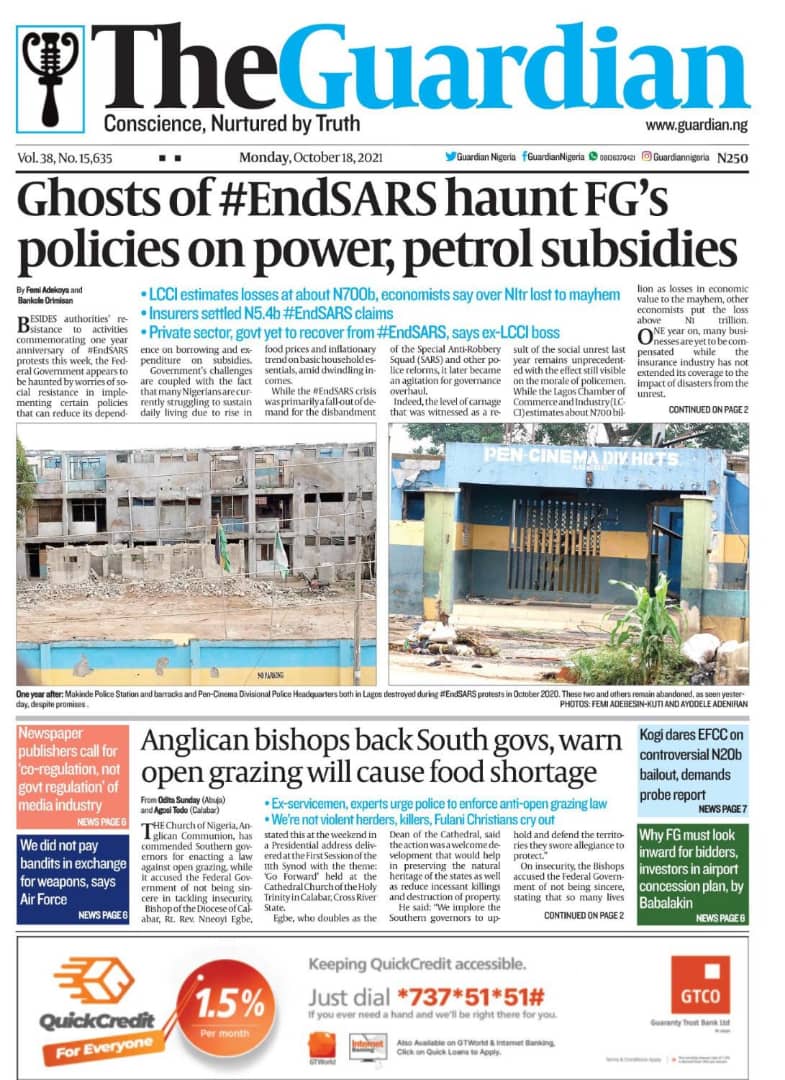 Secondus has refused to withdraw his case in court contesting his removal as PDP national chairman, The Nation reports. 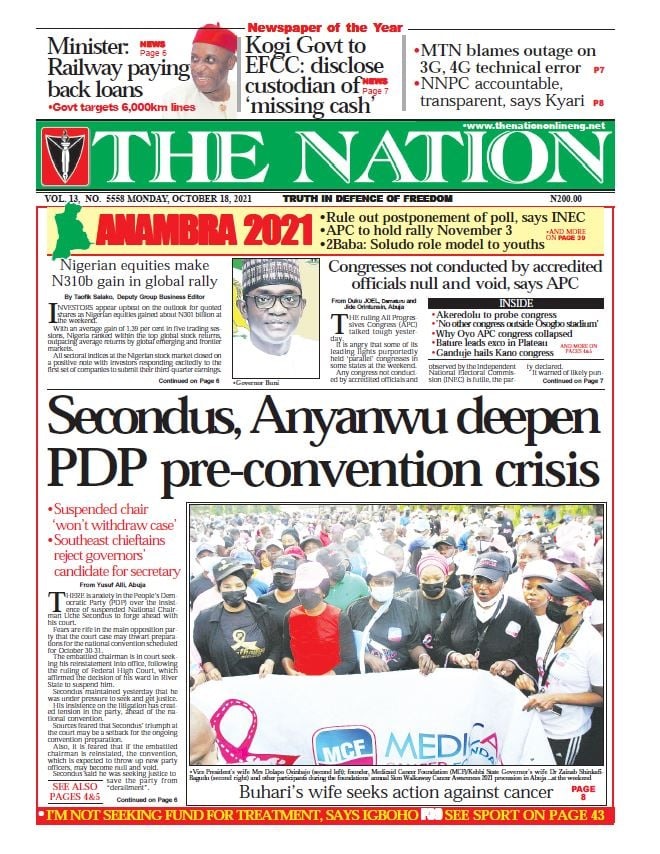 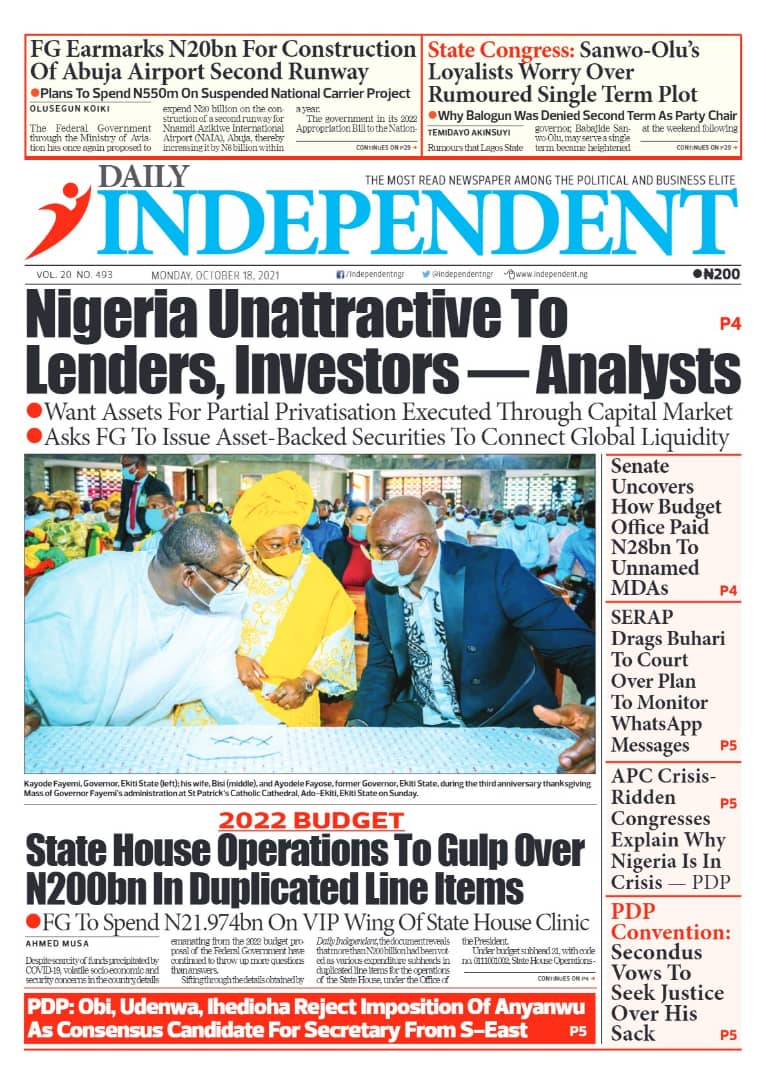 The federal government is yet to commence the implementation of the report of the Presidential Committee on Restructuring and Rationalisation of Federal Government Parastatals, Commissions and Agencies, Daily Trust reports. 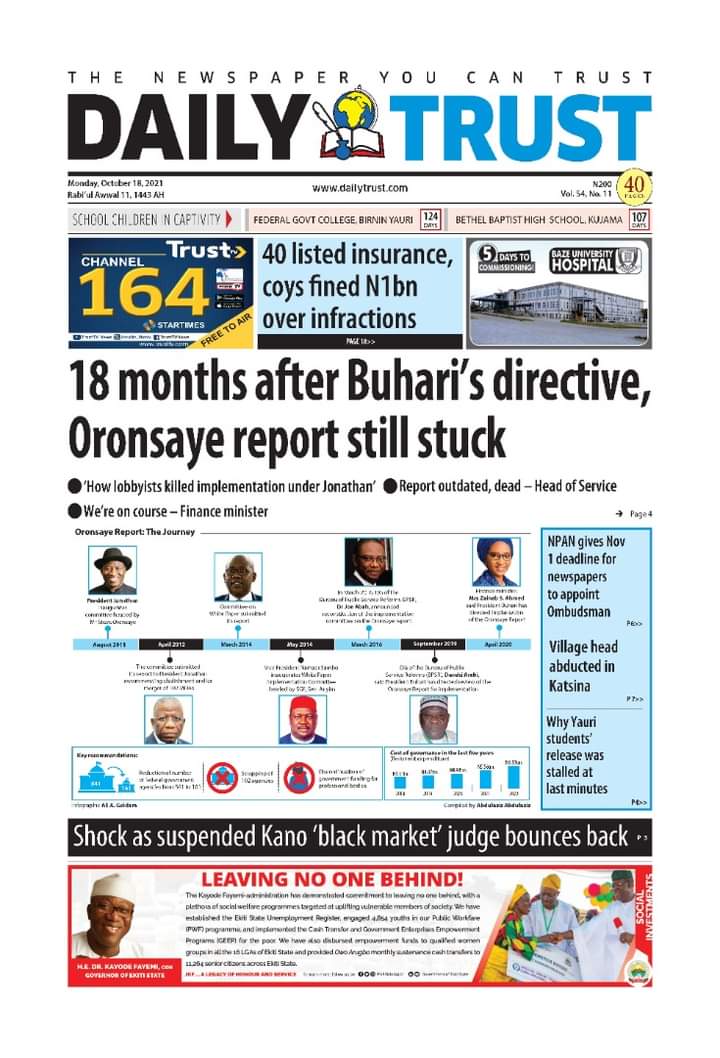 The state congresses of the APC has further polarised the ruling party as confusion, parallel leadership and multiple chairmen emerged in many states, Daily Sun reports. 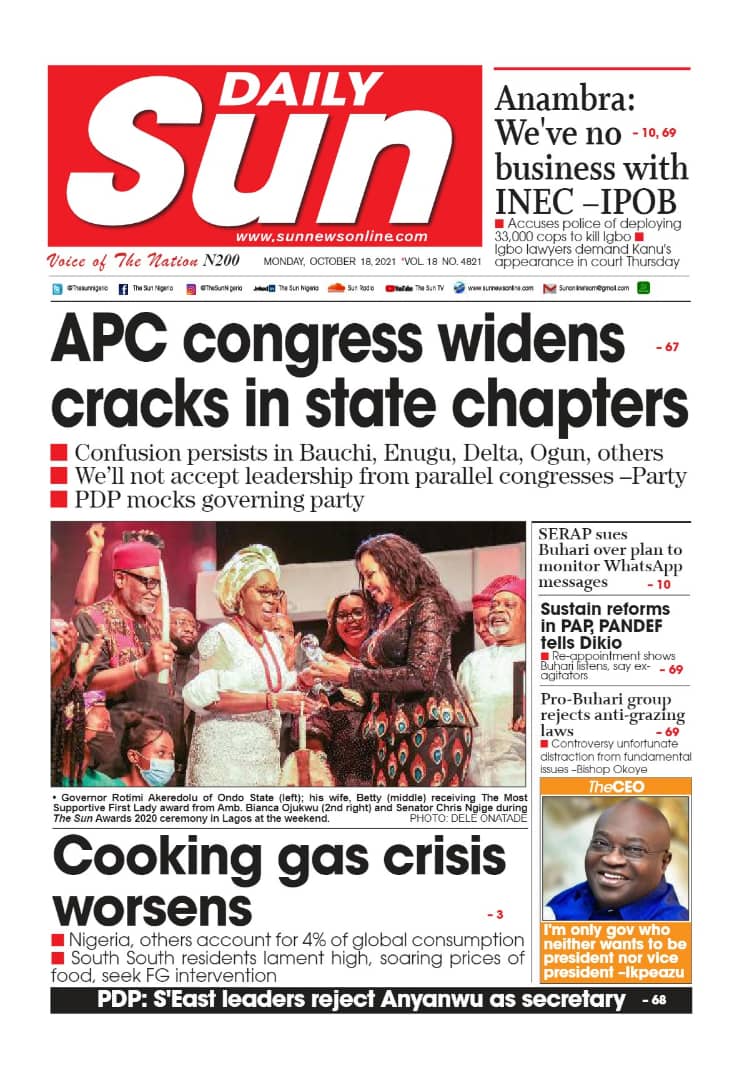 According to Leadership, originally designed to be the most modern and most beautiful city in West Africa, Abuja is now home to numerous abandoned white elephant projects littering the city. 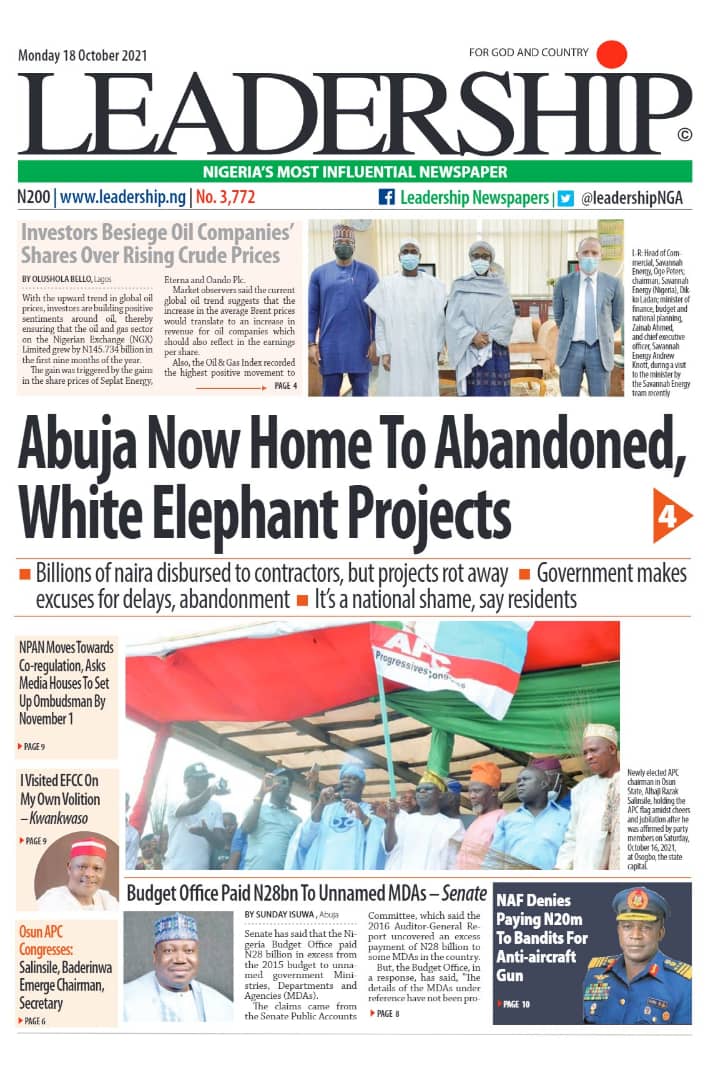 Nigerian Tribune leads with the fallout of the APC Congresses held over the weekend. 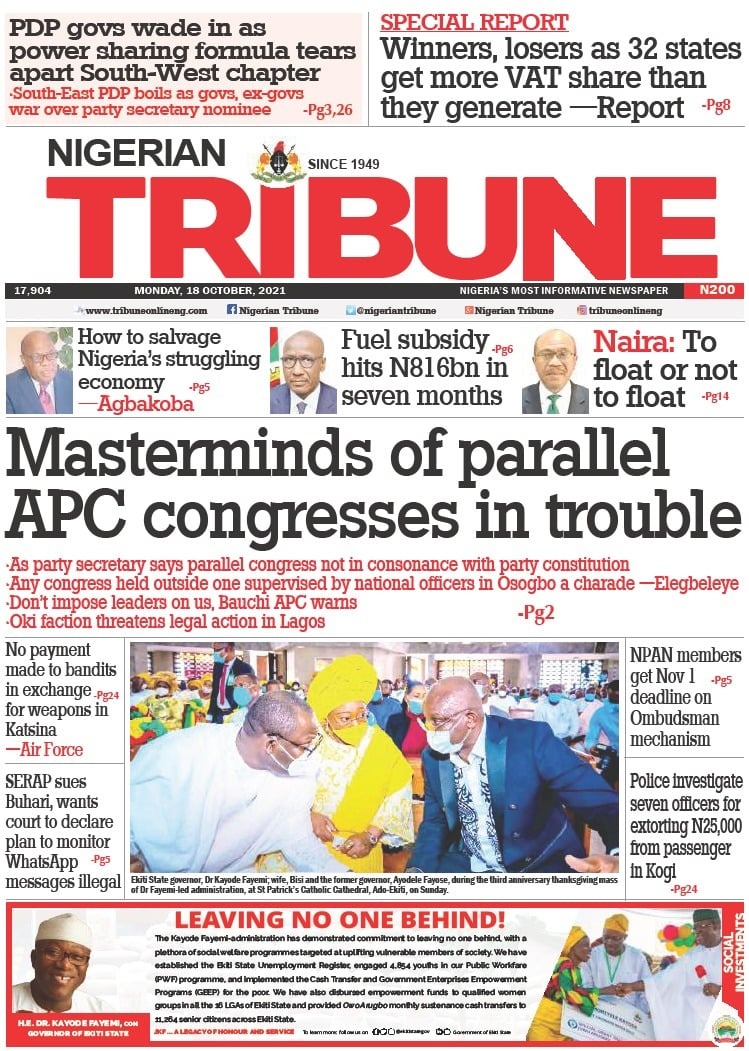 The EFCC has extended an invitation to Peter Obi over his indictment in the Pandora Papers, First News says 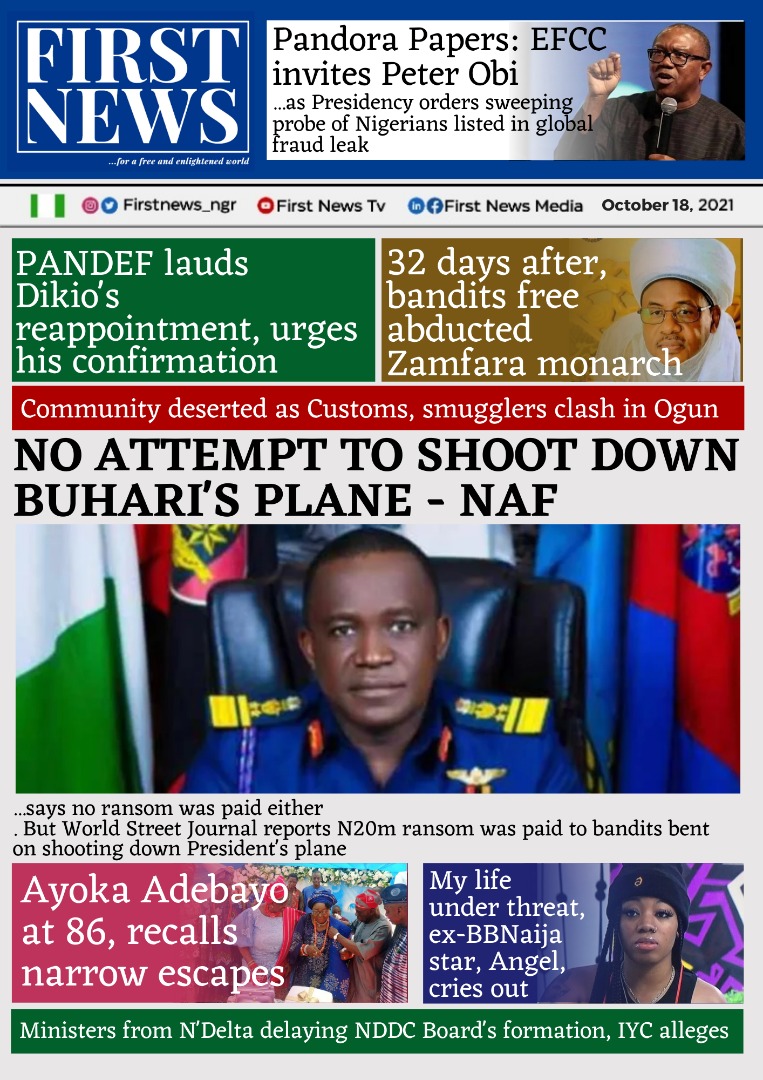 Nigerian News Direct reports that ministers, Senators and others who held parallel APC congresses may be suspended.