Popular Nigerian dancer Janemena has hailed her in-laws and husband for staying strong with her after returning back to Instagram.

Recall that Ezenwoko’s Blog earlier reported that the dancer sued Nollywood actress Tonto Dikeh for character defamation and cyber bulling and had asked for a compensation of N500m with a retraction of her statement and it’s publication in four Nigerian dailies.

However, Tonto had called her bluff while insisting that there was a sex tape.

The scandal took a new turn when a popular blogger released an audio conversation between actress Merit Gold and Prince Kpokpogri. In the leaked audio Kpokpogri admitted to having carnal knowledge of the dancer.

After the  audio leaked Janemena refused to comment on it, she instead took a short break off the gram.

Recent developments, Janemena returned back to social media quite joyfully.

She went ahead to thank her husband and her In-laws for standing by her during the dire ordeal, loving and accepting her the way she is. 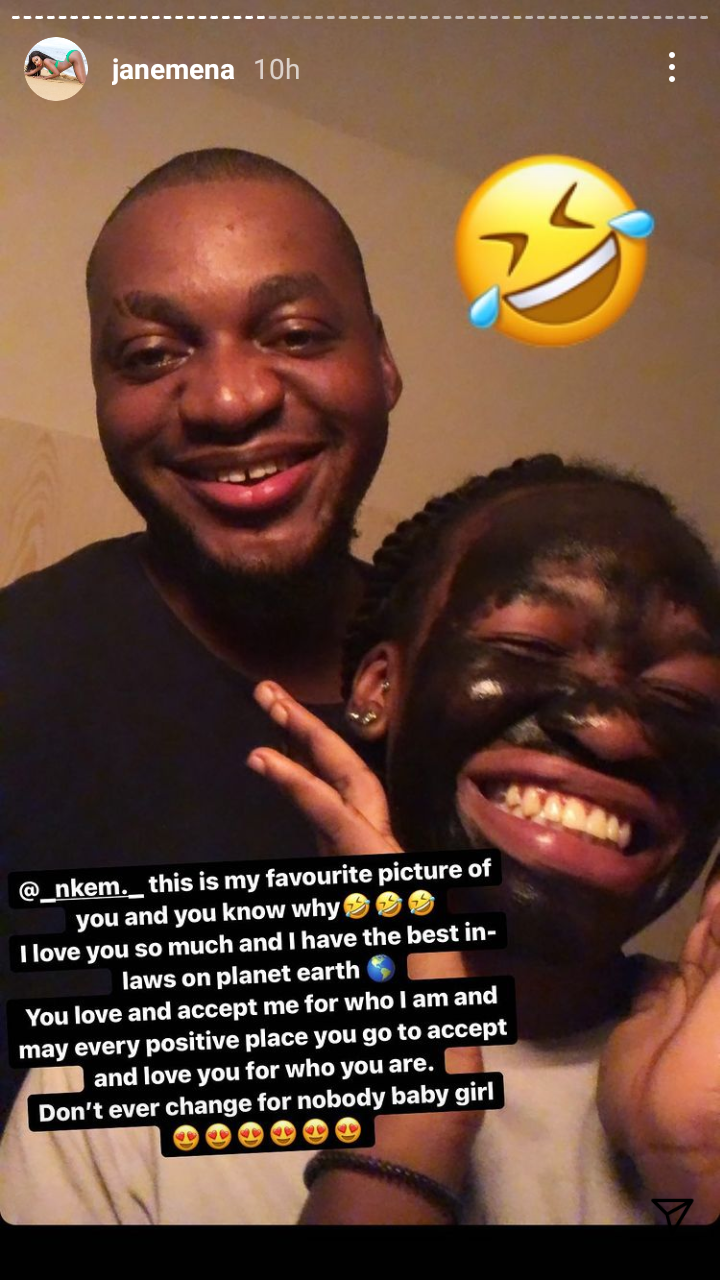